The 2018-19 NBA season begins today. Excitement is brewing as we have had a whirlwind off-season with quite a few storylines. Expectations and predictions guaranteed to be incorrect are being hurled ad infinitum. Even here at TSFJ, we are preparing to get back on our NBA journey. But let’s not move on so quickly from last year. Some things happened that deserve one final mention before the new year tips off. Think of it like a TV show that provides a recap of past events before a new episode.

Previously On… The NBA: The Golden State Warriors Win Again.

We all love to win. Given a choice between victory and defeat, we will choose victory every time, despite knowing that losses can help to reveal mistakes that need to be changed in order for us to better ourselves. We particularly love winners who seemed to do so as underdogs. It is hard to accept when something or someone wins a lot more than we feel they should, citing unfairness. Agitation sets in with the winning team or person, chastising them for embodying an ideal we aspire to be: to win much more than we lose.

The Golden State Warriors sit atop the current NBA as the best team. They’ve gone from a lovable bunch of young talent under Mark Jackson that couldn’t overcome the likes of Gregg Popovich’s San Antonio Spurs to being the next team dynasty during a time the NBA is as talented as ever. Head coach Steve Kerr has found the right balance between letting his players be themselves and having enough structure and order to keep them hungry for more titles. But there seems to be fatigue setting in amongst us in the basketball realm when it comes to The Warriors. As a consensus, we are tired of them winning.

Of course, the most obvious question is wondering why. Before I answer that, I’m going to further detail the Warriors’ composition as we have come to know it.

Let’s start with everyone’s favorite lovable and most disrespectful player today: Steph Curry. We are only but a few years removed from questioning whether or not Curry’s ankles would ever be fully healthy. This allowed the Warriors to re-sign him for relatively cheap, especially after Curry notched two regular season MVP trophies and became an elite player on that contract.

Then, the Warriors hit on Klay Thompson. Picked 11th in the 2011 draft, everyone knew he could shoot. But I don’t think many had much belief he’d turn into an elite defender and All-Star caliber shooting guard. The team also lands Draymond Green in the second round of the 2012 draft, even using their first round pick that year on Festus Ezeli: a center whose health deteriorated after a few seasons. Green brings enough intangibles to fill an entire coaching staff’s offices, as well as adept passing and defensive ability. That core group, all drafted, played in two Finals and won one title after growing (and losing) together like most young teams do.

Then, the Warriors signed Kevin Durant.

After losing the 2016 Finals to LeBron and the Cleveland Cavaliers, after having the best regular season in NBA history, the Warriors did what every team wants and needs to do each year: retool. The biggest free agent prize that summer joined a loaded and still young core, making the difficulty of winning a championship a little less difficult. Teams add through free agency every time, and the Warriors had the money and front office willing to make this deal happen. And it worked. Two championships and two Finals MVP awards for their now best player, who will turn 30 this year, have the Warriors only fearing injury and attrition with each season.

Then, the Warriors signed DeMarcus Cousins.

Yes, Cousins is still recovering from tearing his Achilles last spring. Yes, he will not be available until at least after the All-Star break. But signing that talent, not having to need him, allowing him to recover and potentially be anything close to his superstar level when healthy, for five million dollars is a move that made a lot of us question if the other teams are simply conceding the NBA to the Warriors until everyone retires. The Warriors made him an offer after Cousins hit the free agent market — something every other team had the ability to do. He went to Golden State, and that as they say, is that.

So, let’s run down what they have:

It’s a lot, right? Now, let’s go back to why we’re fatigued of them winning.

As a society, we don’t like when someone or something has a lot of good luck. To us, “fair and balanced” living should come with some bad breaks. Instead of applauding them capitalizing on any situation that allows them to strengthen their position, we gripe about fairness and competitive balance. Somehow, the Warriors should stop seeking to improve because they won multiple titles — as if their is an unspoken cap on winning. All the complaining is a product of wanting some of the Warriors’ luck, instead of praising their desire to stay on top.

Another perspective: the Warriors do not have all the best players. They arguably only have one player who is the best at his position (Steph), but point guard is so deep with elite players, the gap between him and them is minimal. Steph and Durant are top five players, yes; but Klay is not, neither is Draymond and Cousins is hurt. For a fun exercise, ramble off the names of some All-Star caliber players and compare them to Klay and Draymond. You’ll discover that as good as those two are, there are quite a few players deemed better than them. Plus, the Warriors know they’re good. Even with the nuclear switches they seem to hit in many games at a whim, their confidence oozes through their play. It’s one thing for great teams to be great. It’s another when they know it and confidently exude it. Humility shouldn’t come before the truth. And the truth is, the Warriors are the best.

The Warriors still lose games. They almost lost the Western Conference Finals to the Houston Rockets, so this team is far from invincible. What the Warriors did was make it as difficult as possible for any other team to beat them four times in seven games. That’s something we want our favorite teams to do. We only tire of winning when it isn’t experienced by us. Congratulate the Warriors on building a dynasty. And if you need any solace, remember: every dynasty falls. 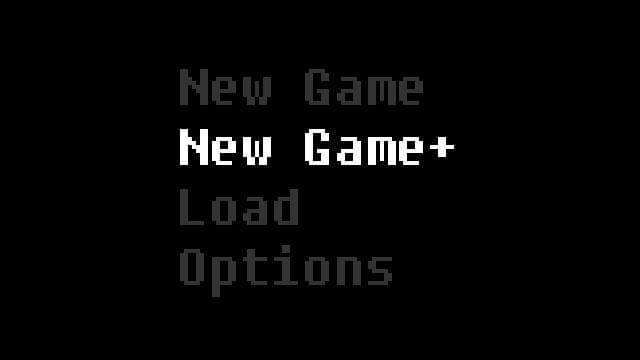 Basketball Back To The Journey, Week One: New Game Plus 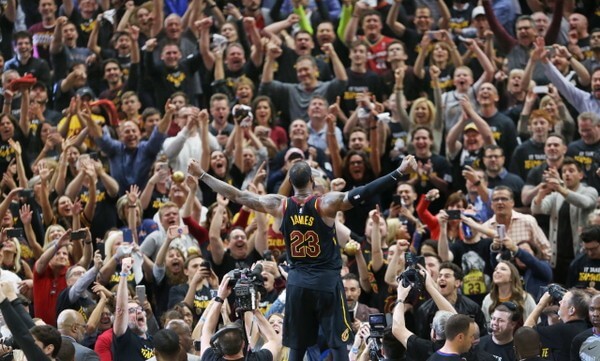