The 2017-18 NBA season has now entered the home stretch of the regular season. There will be scores of articles about questioning good teams, declaring individual award races over, and the bickering over true shooting percentage and defensive rating. There is also a feeling surrounding this season that we’re headed towards the inevitability of a Golden State Warriors championship. Thus, some of the fun is met with a bit of gloom. Cheer up, lover of hoops. Basketball is a sport in which the journey of the season is just as important as its destination in the Finals. Here at TSFJ, we’re going to highlight some things and people the basketball realm can be excited for between now and June

Two weeks ago, we examined the many ways in which playoff teams adjust their individual strategies as they prepare for the postseason. The regular season winds down for everyone, even those non-playoff teams. But that doesn’t mean that players don’t have anything to play for if playoff seeding isn’t involved.

Not every player’s career path is storybook. Even if there is an undrafted-to-payday story like Orlando’s Jonathon Simmons, the trajectory of every player isn’t either superstar or bust. There is a chance at salvaging a decent career for players drafted in the first round and presumed not fit for the NBA.

Two players recently began this path. Marshon Brooks and Marquis Teague both got to play in their first NBA game since 2014, as the lowly Memphis Grizzlies continue to tank—uh, prepare for the offseason. This means players not normally in the rotation get a chance to play not only to audition for the Grizzlies, but also to have tape to present to scouts of other NBA teams or overseas squads. Teague and Brooks were both first round picks who didn’t seem to stick in the NBA.

Marshon Brooks was selected 25th in the 2011 draft by the Boston Celtics, keeping him geographically close to his alma mater, Providence College. He was traded to the Brooklyn Nets before ever playing a game for Boston. After a solid rookie season, averaging 12.4 points per game, Brooks saw his minutes and production change as he was moved from team to team over the next two seasons, ending with 18 games played for the Lakers in 2013-14. There, he played overseas, away from the NBA for three years before his return March 28. Still just 29, I hope he can solidify a career in the NBA.

Marquis Teague had a similar beginning. After one year under John Calipari at Kentucky, Teague was selected 29th by the Chicago Bulls. After playing and struggling through 48 games in his rookie year, Teague played in just 40 the following season, between Chicago and Brooklyn. He also had not been in the NBA the past three seasons, but has also joined the Grizzlies and given a chance to log NBA minutes as the regular season comes to a close. Teague is just 24, younger than Anthony Davis and with a lot of professional basketball left in him. May this recent opportunity work out for him.

Why does this matter? Why even give players like Brooks and Teague this opportunity? The fact is it is nearly impossible to overcome the tarnish of not producing in the NBA, especially after being drafted. There comes a certain stigma of being a late first round pick and then not panning out in the Association. It seems to confirm the suspicion that said drafted player shouldn’t have had that selection wasted on them. But if a player can prove the whole league wrong by working and grinding through not being selected at all and forge a solid career, why can’t a formerly drafted, still young player renew in others some belief in his ability?

We tend to do this weird thing with age and potential where we believe that someone cannot get better at a skill past a certain age. We limit our developmental capacity long before time begins to turn youth into sand in its hourglass. Neither Teague nor Brooks are 30 yet. So while it may be plausible to believe that neither of them will be inducted into the Basketball Hall of Fame, we — and, more importantly, they — can still believe they belong in the NBA. The wonderful thing is both of them can still get better as basketball players, and maybe this brief return to NBA action is the next part of their journey.

Twenty-four weeks in, and our journey continues. Happy NBA, folks. 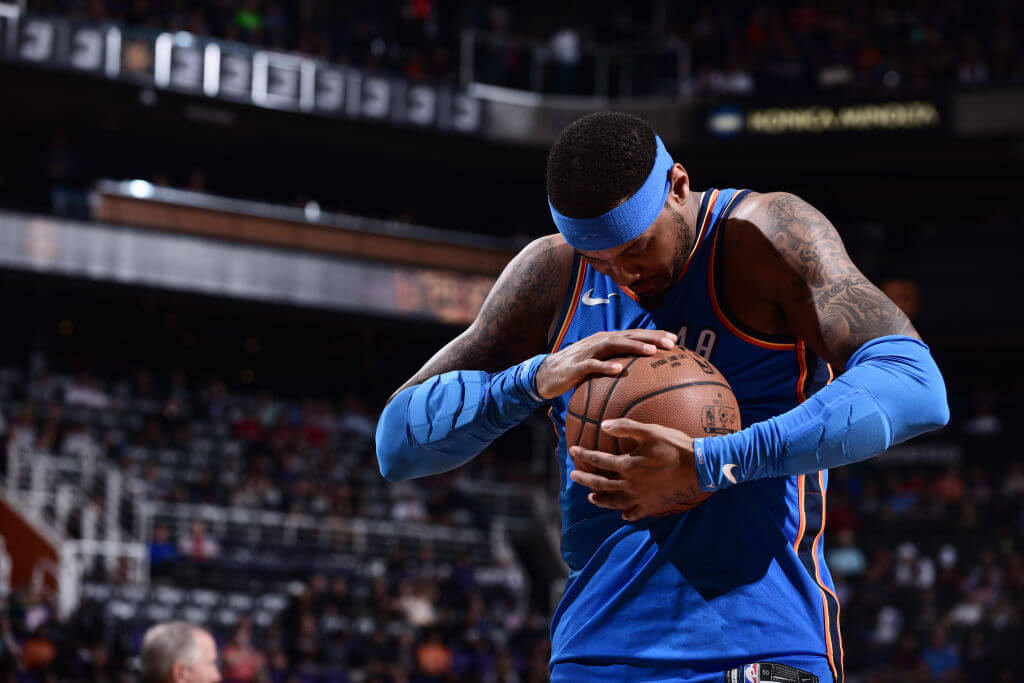 Basketball On Carmelo Anthony, Showing Maturity Through Accep…
Basketball Why Each Team In The Final Four Can Cut Down The N…
0