The 2018-19 NBA season is at its All-Star break. The Association still believes that its destination will be another championship for the Golden State Warriors. But that doesn’t mean we can’t enjoy the season as a whole. Last year was wonderful, so let’s return to the path. Let’s go back to the Journey.

Song of The Week: PJ Morton – “Trade It All”

Buying, selling and trading have been around since people have been around. We acquire, peddle and barter goods and services at all times. Sometimes, the prices and exchanges are fair. Other times, one side stands to gain more than the other. But fair and unfair transactions will never stop the concept of transactions from existing.

Many video games have currency for buying and selling. From the Rupees in The Legend of Zelda series to Nuka Cola Caps in the Fallout series, games allow players to spend earnings on items and accessories. In addition to that, some games allow players to trade invaluable items — or even ones already purchased — for other items that cannot be bought otherwise. For example, in Darksiders II, ancient lost relics found can be traded and only traded with the merchant Ostegoth. They’re only valuable to him, and he gives things like money and experiences points in exchange. Video games allow for many ways to barter in order to help players advance in the game.

Last Thursday, the NBA’s trade deadline passed. While some major names were on the move, I’d like to focus more on the idea of trading players and assets near the midway point of the season and the methodologies behind how different teams handle the rest of the year.

Contending teams like the Philadelphia 76ers and Toronto Raptors acquired players to help better their roster for a deep playoff run. Teams like the Boston Celtics and the Golden State Warriors stood firmly without making any deals, deciding to play the rest of the season with the inventory they have. Disappointing teams like the Washington Wizards and the Dallas Mavericks unloaded bloated contracts and dispensable young players to make the rebuilding process easier. And then, lowly teams like the New York Knicks acquired assets that will expire in order to free up space for buying in the offseason.

Every team has the same understanding: There will only be one champion. Some teams believe that team will be them. Others are placing themselves in position to vie for the title next year. And others are hoping to challenge in a few years. Wherever a team lies on that hierarchy, players and assets will be used as currency in order to get there. For now, teams will have to use what they have and play out the rest of the season, living with the results.

Seventeen weeks in and the Journey continues. Enjoy the All-Star festivities, folks.

Back to the NBA Journey, Week Seventeen: Merchant Dealings 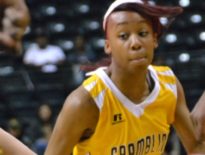 Basketball TSFJ’s NCAA Box And One, Week Thirteen: Not-…
0