If your favorite NBA team wasn’t a title contender, it was likely leaving tributes at the base of Mt. Zion (Williamson). Thirteen franchises all sit under the stoplight that is the 2019 NBA Draft. TSFJ gives each team a reason to speed through, take caution and even hit the brakes hard before making a wrong turn. We continue this series with a look at both the 8th and 10th overall picks and the Atlanta Hawks.

The Atlanta Hawks acquired the #8 pick after another disappointing season, going 29-53. Despite Trae Young and John Collins having stellar rookie and sophomore seasons, respectively, the Hawks finished just five games better than they did the year before. Still, it is a somewhat surprising outcome, considering that many saw them as a team that could easily have been 10 games worse than they ultimately were.

However, part of the plan was to manipulate the ping pong balls this year after leveraging their previous selection (and subsequent trade) of Luka Doncic a year ago. The idea was to land a pair of highly valuable picks in this year’s draft, with a clear eye on getting into the Zion sweepstakes. Ultimately, this plan did not come to fruition, as their possession of the Dallas Mavericks’ pick  converted into the #10 pick, while their own fortunes kept them outside of the top five as well. The recent addition of a third first-round pick via a trade with the Brooklyn Nets provides even more ammo for a team that is dedicated to build through the draft, but it still calls more for the value of quantity instead of having the certainty a top three pick provides.

Green Light: Trade Both Picks To Get To #5; Draft Jarrett Culver

It should be expected that Atlanta at least tries to put a package of picks together in order to make a big move. Draft day is the perfect time for this.

Though Atlanta does have six overall picks, also possessing the 17th, 35th, 41st and 44th selections in a deep draft, moving up could ensure the chance to select the absolute best fit for them. However, they need to consolidate this plethora of picks. I believe that with the #8 and #10 picks, they can put a package together to move up to the fifth slot, which is currently held by the Cleveland Cavaliers. With this, the Hawks can select Texas Tech guard Jarrett Culver, a budding two-way wing, something the Hawks are now missing due to the recent trade of Taurean Prince.

Culver lit it up at Texas Tech as a sophomore, averaging 18.5 points, 6.5 rebounds and 1.7 steals, in route to being named Big 12 Conference Player of the Year. He has the talent to turn into a superstar, but even if he doesn’t, he complements Young in the backcourt and provides perimeter offense to go with Collins on the interior. Size and skill on the perimeter is necessary, and Culver checks every box as an NBA shooting guard.

Yellow Light. Draft Cam Reddish at #8 and Jaxson Hayes at #10

There is no real caution to this decision. The only reason this entry is here is because trading up is a better idea than selecting both players. However, if Atlanta stays put with what they have, Duke’s Cam Reddish and Texas’s Jaxson Hayes make sense at picks #8 and #10, respectively. Two glaring holes in the Hawks’ depth chart are wing shooting and interior presence. Reddish is by far the best shooter among the top prospects, with NBA size at 6’8″ to boot. He got lost in the shuffle a little at Duke with Zion Williamson and RJ Barrett there, but he proved he can lift a team when needed, as cemented by his big game at Florida State last season.

As for Hayes, the young center can grow with the other fledgling talent there without the major expectations that come with being drafted that high. Though Collins and Young are… well, young, they’re expected to shoulder more responsibility than arguably any other young duo in the game. The Hawks are also still not expected to become overnight contenders, so both Hayes and Reddish will maybe have a year or two to figure out what kind of players they want to be. Hopefully this theoretical youthful core would get a chance to grow together.

It really does feel like I’m picking on prospects with this section of the post. I’m not strongly against either player as an individual prospect. It’s just that both prospects would be a bit of a reach at this range, both because of other available prospects and the Hawks’ immediate team needs. Porter is very good, but he isn’t a better prospect than Reddish nor does he fill the instant need of perimeter shooting. Young will already have the ball a lot, so Atlanta doesn’t need another ball-dominant guard at this juncture. Porter Jr. being selected could stunt either his or Young’s growth, and we definitely don’t want that for either of them.

The same applies to Brandon Clarke, as the Gonzaga prospect has a similar athletic skill set to Collins. Collins is taller and already a better shooter while still only being 22 years old. Clarke may not necessarily get in the way of that both were on the floor, but playing them would make Atlanta undersized on the front line. Sure, that may work in matchup-dependent stints, but it would not contribute to the individual growth of each player or the overall improvement of the team. I like both prospects as players, but just not for Atlanta, given where they’re selecting in the draft.

NBA Draft Avenue: What The Atlanta Hawks Should Do With The #8 And #10 Picks 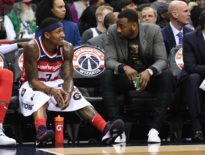 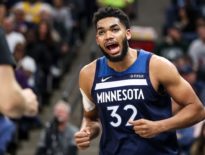