First, let me applaud ESPN for only making LeBron James's eight-part documentary, "More Than An Athlete" available exclusively on the paid portion of the company app, ESPN+. This is not a paid promotion, but ESPN+ is worth the five bucks monthly for said exclusive content, alone. It's brilliant to use basketball's biggest star as a way to attempt to increase traffic and the number of subscribers. I will try my best not to spoil too much of the documentary, but in understanding that there are enough people who will not purchase ESPN+, I'll go into more detail than if the documentary was free to watch.

"More Than An Athlete" focuses on four childhood and young adulthood friends from Ohio. LeBron James and Maverick Carter were high school teammates at St. Vincent-St. Mary, Randy Mims was LeBron's big brother type while LeBron was in school, and Rich Paul is a Cleveland born businessman who became friends with those three early in LeBron's NBA career. The documentary chronicles the group of four through pivotal moments in LeBron's career, highlighting each individual's role in the team of businessmen. It also provides insight into their respective psyches, in traits they share and where they're uniquely complementary to each other. For example, Maverick talks about his natural curiosity and how that spurs him to try most things. This stems from a trait they all share--an inner belief that is supported and empowered by one another. 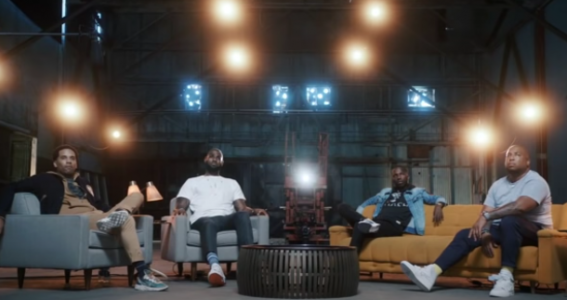 One of the most common traits they all share is that each of them are willing to find out an answer to something that they want to know and improve at it. Rich Paul, instead of just being around and on LeBron's payroll, interned at widely-known sports agency CAA. This led to him becoming LeBron's agent, much to many people's surprise and dismay, but fully supported without a doubt from LeBron James. Now, Paul has his own agency, Klutch Sports, with a bevy of clients including Ben Simmons and Anthony Davis, that he is always in contact with.

Yes, 18-year-old LeBron James was a kid with unlimited potential. But just as he could fail as an NBA player with all the gifts he possessed, Rich, Maverick, and Randy could have been terrible businessmen if they had not turned that belief and curiosity into everything they've ever thought of. It could have been another tale of the NBA star and his "posse," a term that carries racial undertones as well as plain negative offer. Another trait they all share is continuously striving to be better and to do more. Greatness is unrelenting. There is no end to the potential of self. In one of the later episodes, LeBron says, "[they're] just getting started." This is a man who has accomplished everything in basketball and extended his generosity into philanthropy. Yet he and they all believe there is more to do and more ways to help others.

Four individually impressive men bonded through support, discipline, and accountability and have formed an amazing team, focused on being the best people they can possibly be in the pursuit of collective and unique passions. I encourage everyone to find a way to watch, "More Than An Athlete" somehow. It is worth the subscription.