March Madness. We love it all. Excitement, intensity and unexpected successes are a part of the best three weekends in sports. Here at TSFJ, I’m going to highlight the best five plays from each weekend. These are not in order, and you are welcome to leave any others that are not on the list in the comments section below. We start with the five best from the opening weekend of the women’s NCAA Tournament.

This post was going to have the five best plays of the opening weekend of the NCAA Women’s Basketball Tournament. But after attempting to find highlights on YouTube, it is very difficult and I’d have better luck calling my shot at the sportsbook or a casino. So instead, I’m going to discuss the things I discovered while searching for specific highlights.

When I say “specific” I mean how YouTube and other video platforms have clips of the very moment of, well, anything in sports. For example, I can find the clip of James Harden making Wesley Johnson fall last NBA season. To bring it back to women’s college basketball, I can pull up the clip of Notre Dame’s Arike Ogunbowale sinking both of those magical shots in the National Semifinal and Championship games to secure last year’s title for the Irish. But I can’t find many simple but awesome plays from just a few days ago.

To compare, the NCAA March Madness YouTube channel has over 100 clips of the dozens of games from the opening weekend. I was able to peruse through tons of content and had plenty of plays to choose from. Even aside from that, there is a designated “Zion Cam” to follow Duke’s outstanding freshman sensation on the court — just him — during the live broadcast of the Blue Devils’ games. The NCAA shows that kind of devotion to one player, but not an entire group of young women who are also more than contributing to all that is March Madness.

The play that inspired the original post was a no-look, behind-the-back pass by Wright State’s freshman point guard Angel Baker. Baker hit teammate Teneshia Dixon with the sweet assist after getting bottled up driving to the basket. The play made ESPN’s SportsCenter top ten plays of the day. But as of the time of this post, it is not on the NCAA’s YouTube channel. The clip is available on Wright State University’s channel and was tweeted by the espnW account. But the fact that a nationally-acknowledged play is not recognized by the National Collegiate Athletic Association during its most popular time of the year is irresponsible at best and negligent at worst.

It does not help that last Monday, the NCAA March Madness Twitter account tweeted a gif of a dejected person at the computer with the caption, “When you realize there are no March Madness games until Thursday.” This is a problem because the women’s Round of 32 was going on that day, highlighting just how shortsighted and dismissive we are of women’s, well, anything.

Yes, I can watch full men’s and women’s games on YouTube, some even going back over a dozen years. But March Madness is about both the men’s and women’s tournaments. Last year proved that with the women’s Final Four being significantly better than the men’s.

This post isn’t about giving women a chance. This is a demand to hold the NCAA and ourselves accountable in recognizing, supporting and uplifting women as highly as they deserve those things.

Maybe there will be more women’s footage after this weekend. Until then, enjoy March Madness, folks.

Dismissive Representation: The Lack of Women’s NCAA Footage Is Alarming 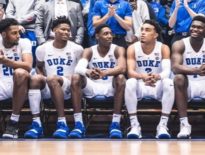 Basketball Could 2019 Duke Possibly Be The Last Great Freshme… 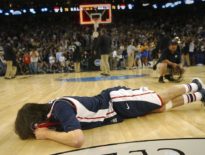