The second half of the WNBA season has begun. It’s been quite an entertaining year so far. As the league grows in popularity, more and more individual players are gaining exposure. Here at The Sports Fan Journal, we want to contribute to that cause. Let’s continue, “Get To Know Her.” I know the best place to continue.

In every other pro sports league, an All-Star player being traded to an already stacked team warrants tons of attention. Marc Gasol being traded to the Toronto Raptors this past February is a good NBA example. Odell Beckham Jr. going from the New York Giants to the Cleveland Browns is an NFL example. In the WNBA, the Las Vegas Aces acquiring Liz Cambage before the start of this season was as big a move the league has seen in a while.

With last year’s Rookie of The Year winner A’ja Wilson, guards Kelsey Plum and Kayla McBride, along with rookie Jackie Young, the Aces are among the WNBA’s best teams. Currently fourth in a crowded top of the league at 17-9, Cambage adds an interior fulcrum to a perimeter-oriented Aces team. She is an inside-out threat herself, capable of stepping behind the three-point line and stretching the defense. Cambage will be a focal point and key component of a deep playoff run.

But Liz Cambage, like any player or person, is much more than her incredible game. Before the season, Cambage stated that she’ll walk away from professional basketball to do other things in life. One of those pursuits is being a DJ. She has a passion for it, even being the DJ at a. All-Star Weekend party hosted by Snoop Dogg. In a New York Times article from earlier in the season, Cambage stated that the 2020 Olympics in Tokyo is her current basketball end goal. She will then be, “stepping away and reevaluating everything,” which means her priorities could be recalibrated to best fit her needs for self care.

Self care is important for anyone. Pro sports and individual players have made significant strides in the past few years with acknowledging the importance of mental health. Recently, the NBA implemented a rule mandating that each team have at least one mental health professional employed on their respective staffs. With players like Kevin Love and DeMar DeRozan opening up about anxiety and depression, this was a necessary step towards the best treatment for players.

The WNBA didn’t receive that kind of support. Even rapper/entrepreneur Ice Cube’s implemented a similar policy shortly after the NBA did for his ever-growing BIG3 league. Cambage recognized that and penned an excellent piece for The Players’ Tribune expressing her disappointment. In, “DNP-Mental Health,” Cambage talks about her battle with depression, likening it to a riptide and unknowingly being dragged to the deepest parts of the ocean. She mentions various instances where her struggles overwhelmed her, even breaking down in an arena hallway after a bad game. And while she praises the NBA for instituting its mental health policy, she adds this:

“But at the same time, I won’t lie — it’s disappointing to me that we’re praising anyone for “progress,” when so many women are being excluded from it. I mean….. doesn’t the WNBA deserve this same program?”

It’s a jarring revelation that the NBA has not extended the same care for mental health to its women’s league. Sure, the policy is new and things take time to implement. But having the BIG3 act immediately on such an important aspect of player and personnel development with lesser notoriety and resources condemns the Association to some degree. Cambage is right to point it out and should be commended for doing so. Hopefully, her voice along with the growth in recognizing mental health will spur the NBA to help the WNBA in this and other equal rights ideals. Players in Major League Baseball sit out games and they are colloquially known as, “mental health” days. People in all professions should be afforded the same luxury, especially if patent associations are enacting policy in favor of mental health.

Get to know Liz Cambage. Though she may not be a pro basketball player beyond 2020, she will impact the world in some way. Happy WNBA, folks.

Get To Know Her: Liz Cambage 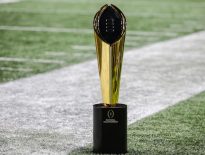