The 2018-19 NBA season has begun. The Association still believes that its destination will be another championship for the Golden State Warriors. But that doesn’t mean we can’t enjoy the season as a whole. Last year was wonderful, so let’s return to the path. Let’s go back to the Journey.

What can be said about the state of the Washington Wizards that hasn’t been said about any reality TV show involving housewives or real worlds? Drama follows what we know about them like the TNT slogan, and it seems a matter of time before this franchise explodes like the chemical compound of the same abbreviation. I could have used John Wall and Bradley Beal’s turbulent relationship for Week Four of the Journey, but there is another angle to use that involves a couple more players of different franchises as a cautionary tale to Beal, in particular.

“We’re both alphas.” Those are the words Bradley Beal used to describe he and Wall a couple years ago when it was first discovered that the two butt heads at times. Both players feel they’re the best on the team, and that is not that terrible of a mentality for a team’s two best players to have.

In role-playing games like Final Fantasy and Contra, players control a party–a team of members who fight enemies and bosses together. For this example, I’ll use my favorite Final Fantasy game, Final Fantasy X, to illustrate this point.

Early in the game, main character Tidus (or whatever you decide to name him) gets transported to the world of Spira. Still confused, enemies show up and he has to defend himself. Midway through this fight, a traveling guardian named Auron assists Tidus. At this time, Auron is stronger than Tidus, capable of dealing and absorbing more damage as the player gets used to the mechanics of the game. Once more party members join the story and the player keeps using Tidus, he eventually becomes the strongest member in the party.

What comes along with being the strongest member of the party is the responsibility of the entire party. Tidus must remain alive in case an enemy’s attack downs a weaker teammate. If Tidus faces an opponent that’s too powerful, it can mean game over. This is what the best player on an NBA team has as his responsibility. While he’s stronger than everyone else, everyone else needs him to be strong so they can fill their supporting roles. If the star isn’t playing to his best, the team can struggle because that star isn’t upholding all of his bargain. I’d like to look at two players who recently left supporting roles to be the main man on their new teams.

First, let’s start in Dallas. Harrison Barnes received a nice contract to leave the Golden State Warriors and be the centerpiece of a rebuilding Mavericks team willing to bet on him. While Barnes hasn’t been terrible–averaging about 20 points a game–Dallas hasn’t been in the playoffs since he signed there. Sure, Dallas isn’t as talented as a lot of the teams in the Western Conference, but if Barnes had fully risen to that superstar responsibility, the team would be much tougher to defeat, at least. Barnes has been individually better than he was in Golden State, but that’s not enough for the entire Mavericks party.

The other place I’d like to focus on is Boston and Kyrie Irving. We know he spent three years playing alongside LeBron. But somewhere along the way, Irving decided he wanted to be the best player on a team and have all that comes with that. He’s traded to Boston and while he aided in Boston having a tremendous start to the season, Boston still made it to the Conference Finals last year while he was injured. It was ultimately proven that the Celtics needed Kyrie for late-game possessions, as that team was missing his superstar presence. But his numbers—and thus, his effect on games—is not the same as it was in Cleveland. Yes, Boston has a ton of talent with maybe the deepest roster in the Association. But superstars do not defer to anyone, and it still remains that Irving’s best season was when he was the second-best player on a team.

Part of this is the way Kyrie approaches most games. His switch is more of a crescendo, elevating most in the fourth quarter of close games. The problem with this is that sometimes the rest of the party, the other Celtics, need him to be his best self earlier. Even more interesting is that there are times they don’t need him statistically, but his presence and aggression could mean the difference between a win or a loss. Other, lesser players can be more effective because Kyrie is on the floor and aggressive, not just because he is just scoring.

Bradley Beal may be overlooking both aspects of being a superstar. As wonderful a player as he is, a part of the reason he is as effective as he is comes from John Wall—a better player than Beal—being aggressive on the floor. Yes, Beal is a great individual player and proved it when Wall was sidelined with injury, but a few games does not a season make. It would be much more difficult for him to even reach his stats now, let alone exceed them, as the best player on a team. This is not to suggest he can’t, but merely to highlight added responsibility.

So if Beal wants to move on, that is his right. However, becoming party leader entails more than just personal skills and stats in order to win.

Back To The NBA Journey, Week Seven: Becoming Party Leader 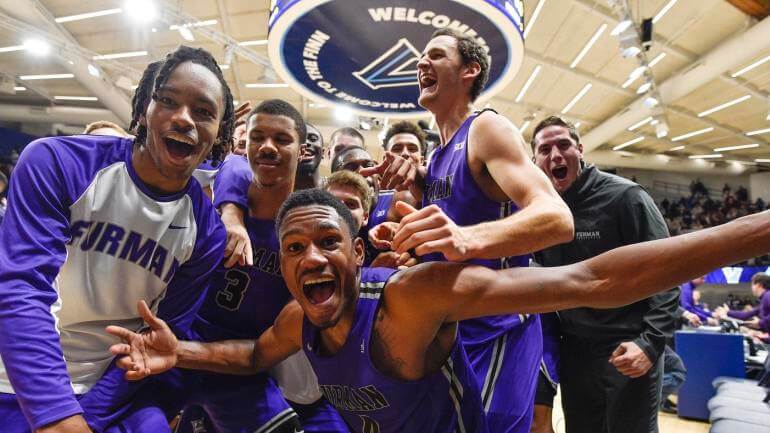