The 2018-19 NBA season is almost at the All-Star break. The Association still believes that its destination will be another championship for the Golden State Warriors. But that doesn’t mean we can’t enjoy the season as a whole. Last year was wonderful, so let’s return to the path. Let’s go back to the Journey.

Last week, we highlighted the times in a hero’s story where they may need to be humbled. They experience loss, usually after feeling they’re invincible, and must struggle and train and grind to return and surpass the level they were at in order to defeat their main opponent. This week, the focus will be on the other side of the protagonist/antagonist dynamic: the opponent.

Heroes need adversaries as metaphors to life and its challenges. In order to know one’s strength, it must be tested–and sometimes bested–for the hero to improve and overcome. Those adversaries have to be strong, otherwise there will be no lesson learned and no reason to understand where greater strength comes from.

But let’s talk about the villain. The villain drives the story. The villain is the reason we tune into comic book movies. Action heroes aren’t popular because they are singularly amazing. It’s because they overcome seemingly insurmountable odds, showcasing just how amazing they are. That requires the opponent to be amazing, as well.

Said opponent may also either have untapped power or acquire more power over the course of a video game. In Marvel’s Spider-Man, six of the webbed hero’s fiercest enemies join together after breaking out of prison. While each are formidable on their own, it is with the addition of Dr. Otto Octavius that they form the Sinister Six and defeat Spider-Man rather handily. Octavius himself is corrupted by his scientifically added metallic arms, this granting him more strength and power to combine with his genius despite his human body failing him. This acquisition of power and feeling of victory over the hero, like most villains, resulted in one of the more iconic staples in the hero/villain dynamic: villainous laughter.

A menacing laugh is a great way to invoke potential doom and malevolent intent. It is the reason why Mark Hamill voices the animated version of The Joker. He’s captured that essence very well. This type of guffawing is designed to make it known that there is destructive purpose behind the amusement–corrupted power even affects something as innocent and joyous as laughter. If the villain is laughing, that means that hope is all but lost.

This is how the Golden State Warriors have made the rest of the NBA feel: like hope is all but lost. Already winners of the last two championships, they recently added a new piece to their lineup. DeMarcus Cousins, who had been sidelined for nearly a year with an Achilles injury, played his first game on January 18th. He scored 14 points and grabbed 6 rebounds in just 15 minutes of play. It isn’t so much about his individual numbers that scares the NBA. It is an addition of that caliber to the realm’s best team.

Cousins is a superstar-caliber offensive threat. Before the injury, he was averaging 27 points per game while playing alongside Anthony Davis in New Orleans. This gives Golden State more spacing as four of the five starters have the ability to dominate. It’s now harder to focus on Draymond Green’s ineptitude on offense while simultaneously freeing up Steph Curry, Kevin Durant and Klay Thompson on the perimeter. No team had a triumvirate as good as the Warriors before Cousins. Now, it allows Head Coach Steve Kerr to have even fewer minutes without a superstar on the floor, keeping the pressure on their opponents. In short, the Warriors have reached their final form.

The Warriors are not villains. Nothing about the way they’ve come into power is evil or malicious. But as it stands right now, they are the antagonists of 31 other NBA franchises and a number of fans who want to see them fall. It is one thing to want a hero. It is another for that hero to be good enough to win. Right now, the Warriors know they’re the best and we can hear them laughing from Oakland.

Fifteen weeks in, and the Journey continues. Happy NBA, folks.

Back to the NBA Journey, Week Fifteen: Villainous Laughter 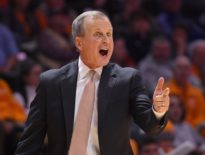