The 2018-19 NBA season reaches its regular season end tonight. The Association still believes that its destination will be another championship for the Golden State Warriors. But that doesn’t mean we can’t enjoy the season as a whole. Last year was wonderful, so let’s return to the path. Let’s continue back on the Journey. Oh, happy (belated) birthday to me!

Song of the Week: New Edition – “Is This The End?”

We have arrived. The end of the NBA regular season is within sight. Thirty teams with different expectations set out on a six-month quest with 82 separate stops to get here.

Here is all 1,230 games between those 30 teams being played. Blowouts, buzzer-beaters, overtime(s), and every kind of game in between where history was made in some form – we are here.

Fewer than half of the teams will be done here, shifting their attention to the NBA Draft Lottery. Their seasons are effectively over, but the NBA season in its entirety is not.

Video games have long since used the idea of a cliffhanger. These are used to promote the idea of a potential sequel, whether the sequel is actually made or not. Games have gone so far as to even have a Game Over or The End screen with rolling credits, only to have more game afterward.

For example, in Metal Gear Solid 3: Snake Eater, there is a Fake Death Pill the character can take to, well, fake his death. After doing so, there will be a, “Snake Is Dead” screen. However, the inventory will still be accessible and the player will be able to choose for Snake to take the Revival Pill to continue playing.

Another example is in Nier:Automata, where there are a combined 26 different endings the player can achieve. A few are actual endings that come from playing through the story. But some are the result of specific events, like removing the character’s operating chip or eating a mackerel. Either way, the credits roll but there is more game to play.

The playoffs begin next week. And while our actual final destination still resides with the Golden State Warriors, we still do have more season to go. Let’s enjoy this portion of the Journey, as well. 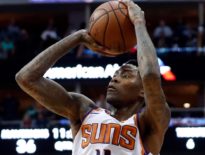 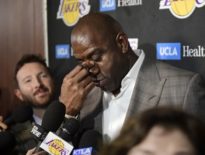