The 2018-19 NBA season has ended. The Association believed that its destination would be another championship for the Golden State Warriors. But that didn’t happen, as the Toronto Raptors defeated the Warriors in six games. This is Part Two of the piece centered around our true destination. Finally, we examine the Warriors.

If there is an adage that sums up this five-year run the Golden State Warriors have had, it would be, “what goes around comes back around.” Five years ago, the Warriors fired Mark Jackson and hired Steve Kerr to be head coach. Jackson had turned the team into playoff contenders, but the franchise decided (along with other reasons) that he wouldn’t be capable of bringing them a championship.

Their gamble worked. Stephen Curry’s improved health and MVP-caliber development, Klay Thompson and Draymond Green turning into All-Star players, as well as timely veteran play brought the Warriors their first championship in 40 years. They were also fortunate to not face any team along the way at full strength, including a Cleveland Cavaliers team missing its two All-Star players after Game 1 of the NBA Finals. Then, at full strength and up 3-1 in the 2016 Finals, the Warriors suffered a monumental collapse, losing to Cleveland in seven games. It appeared that the Warriors were blessed to have that one ring, but it would just be another blip in LeBron James’ decade-long reign over the NBA.

Then they signed Kevin Durant.

One thing that rarely gets discussed when mentioning consistently dominant and dynastic teams is their ability to retool when the moment calls for it. Michael Jordan’s Bulls accrued Dennis Rodman, a Hall of Fame-caliber defender and rebounder. Tim Duncan’s San Antonio Spurs drafted Kawhi Leonard and allowed him to develop into their best player. As great teams come, they remain at the top by making key moves here and there. Of course, as with injuries to opponents, luck and other elements out of their control contribute in their favor. The Warriors happened to be in a position to sign the game’s best scorer at a time where their legacy was being questioned. The motivation of losing and the motivation of seeing championship glory slip away brought Durant and the Warriors together, resulting in two more titles over LeBron and the Cavaliers in overwhelming fashion.

That is how the Warriors have existed these past five years. They look to obliterate instead of simply being better. They’ve beaten teams by 50, had dozens of games in which the starters haven’t played in the fourth quarter and have evaporated leads with tee flip of the proverbial switch. Golden State was the destination of the NBA Journey for a well-deserved reason because they had managed to make the difficulty of winning a championship appear inevitable.

But even the Warriors were weakening. Fallibility began to show more and more. More turnovers, more missed defensive rotations and more nagging injuries for a team still so far ahead of the rest of the NBA that it didn’t matter in the playoffs. Even as teams like the Houston Rockets and Portland Trail Blazers got decidedly better, they were no match for the Warriors and their fortunes.

Starting with the slightly overblown argument between Durant and Green, in which is rumored that Draymond said Durant was expendable, the Warriors appeared to be struggling to keep it together. It was up to the rest of the NBA to exploit it, but there was little hope in any team being able to do that. But there are definite signs of vulnerability. Yes, they finished as the number one seed in the Western Conference. But even as the Clippers, Rockets and Blazers proved to be no match, attrition was seeing in.

Durant’s calf injury in the Rockets series didn’t matter until the NBA Finals and few (read: many) were circulating the idea that the Warriors didn’t need him to secure a title. But let’s go back to why he was originally signed. If the Warriors were in a poker game, LeBron James was the joker: a big, scoring wing who could physically impose his will efficiently. While before, LeBron was the only person deemed capable of overcoming the Warriors, that glaring flaw still existed.

Enter Kawhi and the Toronto Raptors.

Game 1 was a convincing victory for them, but most wrote it off as a gift from the Warriors – especially after they evened the series. But with Thompson getting injured in Game 3 and the Raptors taking the first two games at Oracle Arena, Golden State felt something they hadn’t felt since 2016: desperation.

It’s a precarious position to be in, and one the Warriors had kept the NBA in for the latter half of this decade. Teams were searching for answers on how to beat this team four times in seven games and couldn’t overcome one, simple fact. And that fact is what the main reason of why they didn’t win against Toronto:

No matter what the Warriors did, Toronto was better.

The proof lies in Game 5. Durant decided to give it a go and play after over a month of inactivity. He and the team started hot. Then he ruptured his Achilles, but the Warriors rode the jolt of energy he and his 11 points gave to a lead. And Toronto still came back and took control of that. A questionable timeout by Nick Nurse, and marvelous clutch shooting by Curry and Thompson allowed the Warriors to win a game by one point. Twenty made threes in an NBA game, especially from this team, usually meant a blowout. But this year – this team – was different. Toronto was better and they proved it.

So how will we remember this Golden State run? That answer is as complex and multifaceted as any. Most perspectives are valid. They were dominant. They were lucky at times. They took advantage of the structure of the NBA and benefited from their best players anything their primes simultaneously. They were victims of injury and attrition. Simply put, the Warriors were great until another team was greater. Good things come to an end. Great things, sometimes, topple unexpectedly. Maybe their reign isn’t over yet. But for now, this is our final destination.

Back to the NBA Journey: Final Destination, Part Two 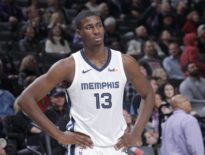 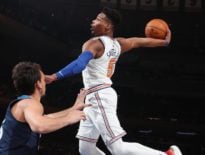