Between the eight and ninth inning in an otherwise meaningless baseball game, Hyun-Jin Ryu stepped back onto the field and walked toward the mound with South Korean pop sensation Psy’s “Gangnam Style” blaring through the speakers at Chavez Ravine.

The Dodgers and the Angels, who are collectively paying over $350 million in salaries this season, have a combined .411 winning percentage on May 29. There was nothing compelling about this match-up going into the night’s contest. It featured a pair of underachieving baseball teams in an interleague battle for Southern California — yet I was blessed to witness something that was worth the cost of watching my least favorite professional sports franchise win against a team that played pretty much in my backyard.

As Ryu made his trek toward the mound, a family of (whom I’m assuming are) Korean baseball fans stood up and started dancing, clapping and howling for a Los Angeles star to call their own. I had seen this kind of phenomena on television, and I had read about this kind of thing, but I had never actually seen an international sports star cheered so vehemently. It was heartwarming, because the enthusiasm was so unbridled and revealed with so much pride that I wouldn’t help but enjoy the happiness of these people.

Racial or national pride isn’t something new to this country. What is new, however, is finding one’s identity through an internationally known athlete. This country, for the most part, was made of folks of immigrated here from somewhere else. While the details of who moved here, when they moved here and why they moved here can be saved for another conversation, chances are if you’re American, your ancestors probably aren’t.

And because we’re a country delineated as a melting pot, we sometimes fail to recognize the importance our contrasting nationalities and colors of our skin play into developing our individual identities. While political and cultural ideologies about race have developed some stereotypes, a lot of times it is those very stereotypes that we’re raised to realize. There are racial roles that, whether or not we choose to believe exist, are played out in each of our everyday lives. And in myriad occasions, those very stereotypes are what we try to escape — or at least have the belief that they can be escaped. And that’s seemingly where Ryu comes in.

3 Replies to “Hyun-Jin Ryu, Racial Identity And Being True To Oneself”

Hyun-Jin Ryu, Racial Identity And Being True To Oneself 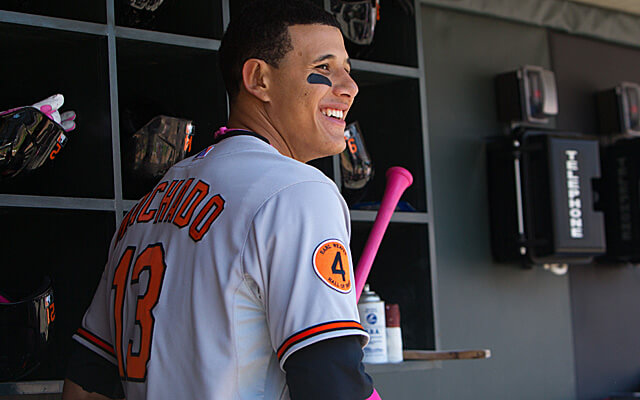 Baseball Shock The World Chronicles: Phillies Vs. Red Sox A…
3