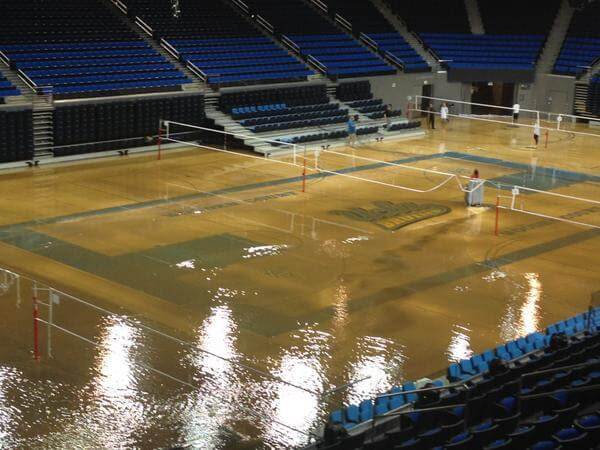 On Tuesday afternoon, a 30-inch water main ruptured under Westwood, creating a geyser that flooded the UCLA campus, trapped cars in parking lots overrun with water and effectively added to a water crisis that has been troubling all of Southern California in 2014. Earlier that day, Pasadena — about 25 miles away but where UCLA's football team plays its home games — declared a local water emergency and put the city's water supply shortage plan into effect immediately.

While the Rose Bowl was forced to cut back on the number times the field was watered, UCLA's campus — and more specifically Pauley Pavilion and the UCLA Hall of Fame — was being flooded with what has been estimated at 8 million to 10 million gallons of water and early estimates of $136 million in damages, which will likely rise once the full breadth of what happened in West Los Angeles is fully assessed.

To put the amount of water that flooded UCLA in perspective, to hold 1 million gallons of water in a single swimming pool, it would need to be about 267 feet long, 50 feet wide and about 10 feet deep. You'd essentially need to create a football field (267 feet is a bit shy, but not by much, off of 100 yards), dig a 10-foot hole the width and length, and fill that with water. Then you'd need to do that nine more times to contain all of the water Bruins had to swim through on Tuesday.

As expensive as the damages to UCLA's campus are going to be, there just isn't a monetary figure that you can put on the sports history that might potentially be destroyed. Pauley Pavilion was remodeled just a few years ago, and although the arena looks a little more modern now, it's still the same old-school on-campus college arena that makes NCAA hoops special. Just about 50 yards away from Pauley is the UCLA Hall of Fame, which features a fantastic tribute to John Wooden, memorabilia from some of UCLA's greatest athletes across all athletics and, of course, UCLA's 111 National Championships.

Words really cannot describe what a marvel the UCLA Hall of Fame is and what a treasure it is in a city that has a culturally rich sports history. The Hall of Fame isn't a big place — it's one room, and you can walk the whole thing without stopping to look at anything in a few minutes. It's impossible to not stop, though. You get glimpses of John Wooden's first playbook, a small tribute to Troy Aikman, a display of all of the UCLA players who took a jump to the NBA, the Pyramid of Success and all of those damn titles.

Word is that a substantial amount of water got into the UCLA HOF, and while a lot of the room is on shelves and in displays far enough off the ground, there's still a lot in there that was likely lost to the flood. I took a trip to the HOF a few months ago and discovered a wealth of history from a school I grew up hating, but history that is definitely appreciated. I hope the damage is to a minimum — and that's for the whole campus — but I know alumni and Bruins fans will be disappointed when everything is assessed because some of the deep, deep history from this university's athletic program is going to be lost forever. Below are a few photos from the HOF. I hope when I'm able to return, too much isn't lost. 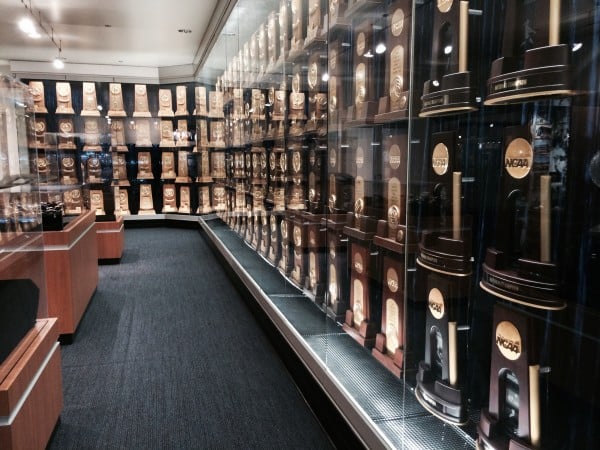 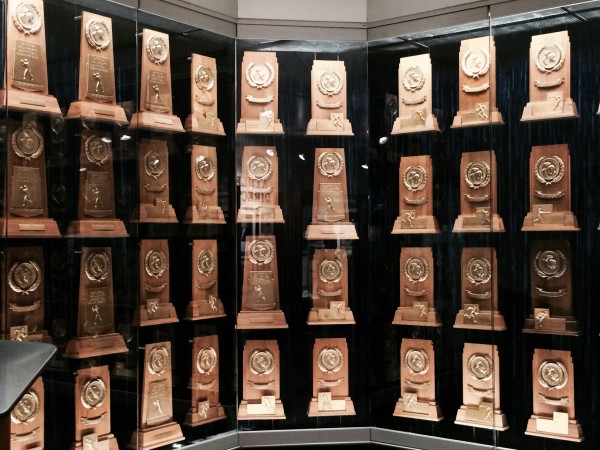 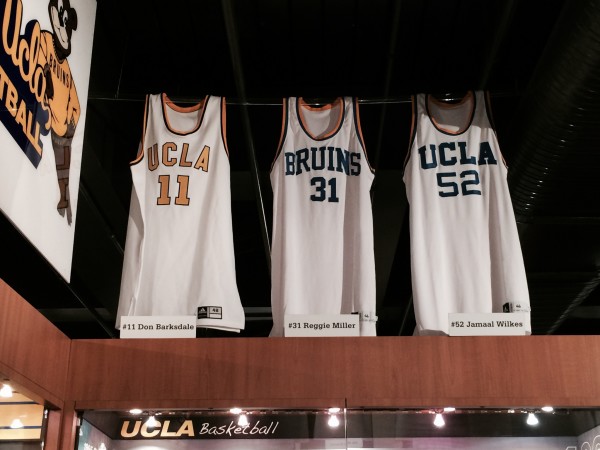 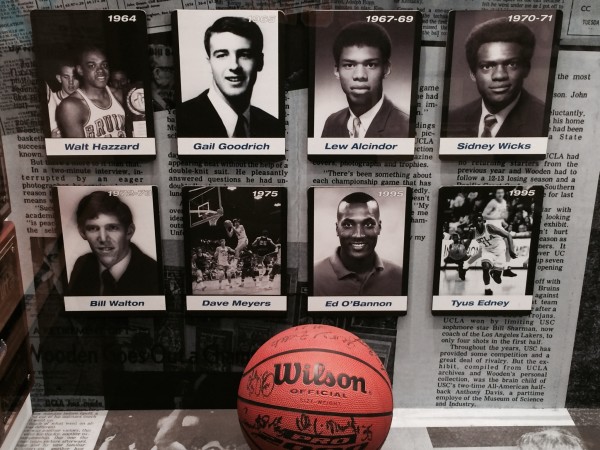 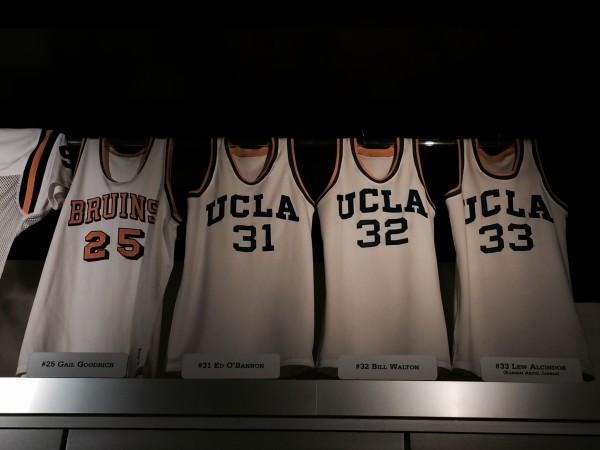 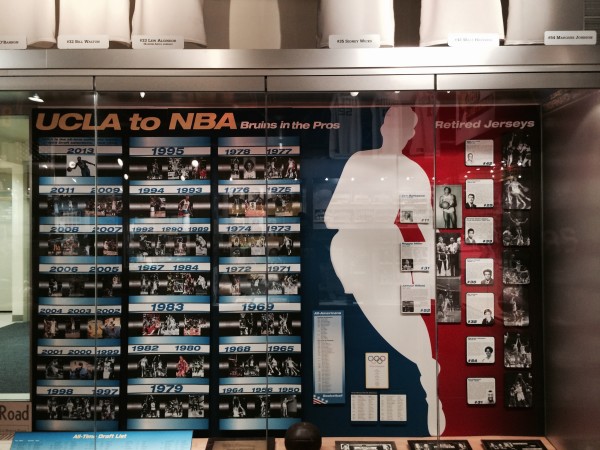 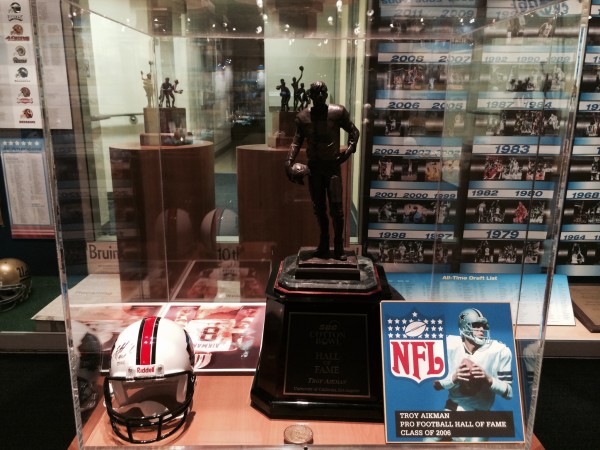 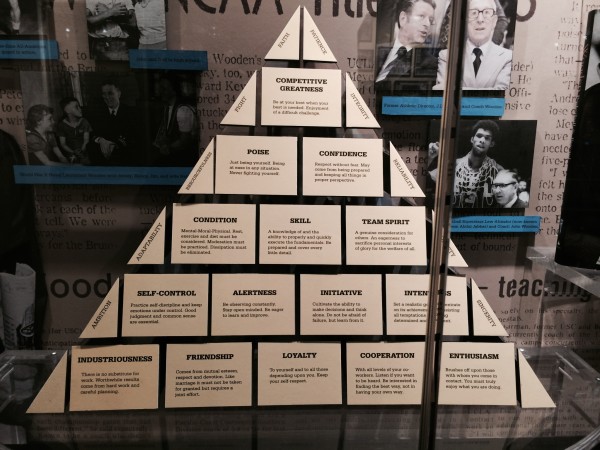 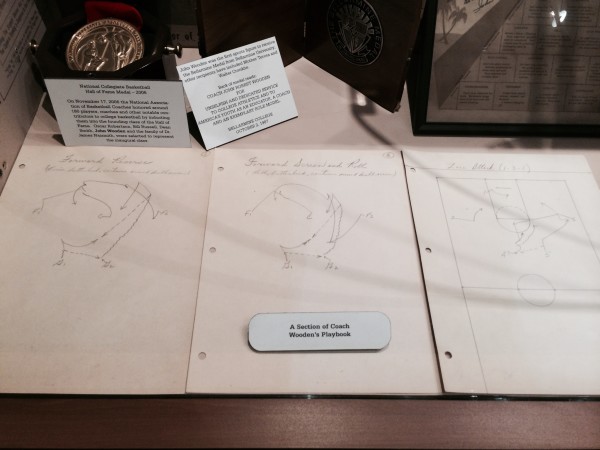 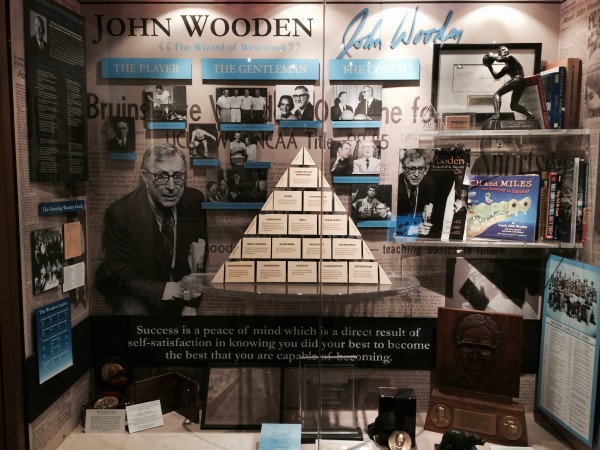 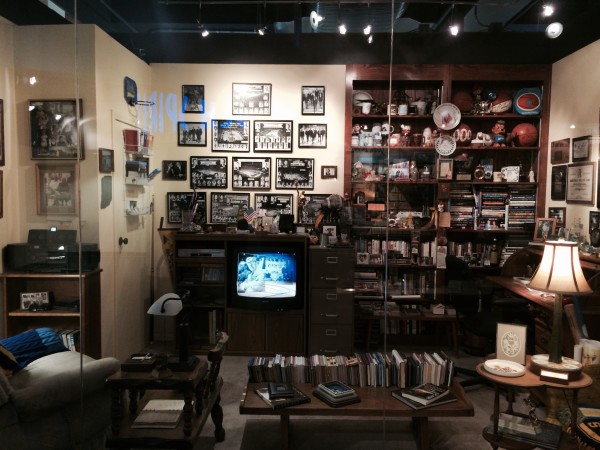 Despite how rough today's news was to stomach, the silver lining in all of this is that no one was seriously injured. Two people were trapped in their cars while stuck in water but were successfully rescued by the LAFD.