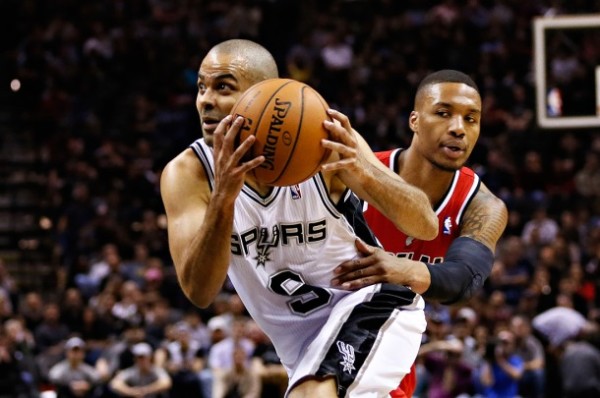 (Ed's Note: Phillip Barnett has been down with the team since the ETSF/TalkHoops days of 2008. As is life, sometimes it takes a personal challenge to muster up words consistently. The self-proclaimed "I'm So Hideous(s)" is taking a new journey in putting up 300 words a day on the many questions, concerns and thoughts that happen to cross his mind. With that in mind, here is the first installment of The 300.)

In a perfect world, you have some combination of the two, but an argument can be made for either extreme of the continuum. On one hand, you’d have a lot of great stories to tell to the boys while in your married life. Yeah, your wife isn’t the best looking woman you’ve had the pleasure of spending some quality time with, but you’re married now and you can definitely look back and still say you had an awfully memorable run. On the flip side, you finally brought a dime home to mom. You might have had a lack luster dating life, but you’re leaving the game like Jordan in '98 (and hoping not to have to play the field again in D.C.).

This is where we are with the NBA postseason. The first round of the playoffs gave us some fantastic series — five Game 7s. Three of those Game 7s sucked, one was close but poorly played, and the other was a one-point game with an anti-climatic finish. In the second round, we’ve seen four games that were relative blowouts. If the trend continues for the next five games in each respective series, but we end up with four epic Game 7s, which round are you going to remember more?

It’s a complicated premise because no one wants to watch six games of uninteresting basketball, but no one wants to end a series on a bad note, either. The only bottom line is wins and losses, but which lady do you want at the end of the series?

One Reply to “The 300: What Do We Really Want From These NBA Playoffs?”