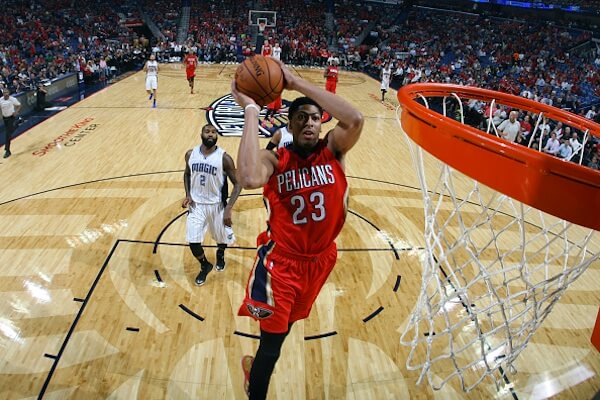 TNT opened the NBA season with a double-header that shot .500 from the field. The Spurs got their rings right before Tony Parker and Manu Ginobili did things that reminded us why the Spurs never die. Then the Lakers/Rockets game happened. And outside of Julius Randle succumbing to a Lakers injury curse that has surfaced from beyond the hoops hinterlands, there wasn’t much about the game that was worth mentioning.

For the hoops nerds, there was a healthy dose of awesome served up by Anthony Davis. 26 and 17 is a nice line for anyone for an opening-night performance. Here's where I mention his nine blocks. NINE. Opponents trying to score against the Pelicans with Davis on the floor will effectively have to walk through a glass house maze, but instead of seeing their reflections on every wall, it’ll be a silhouette of pelican wings (or maybe those are eyebrows) just waiting. And waiting. And waiting some more.

What stood out to me last night was one offensive play in which Davis did not touch the ball, but it was made possible because of his presence. The Birds ran a double pick-and-roll with John Salmons handling the ball and Ryan Anderson and Davis setting the screen. Davis slipped the screen, Salmons drew two defenders off the defensive miscommunication and Anderson popped out for a wide-open 3. Look at this sequence: 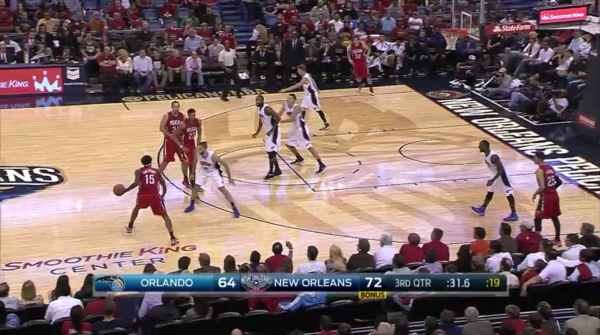 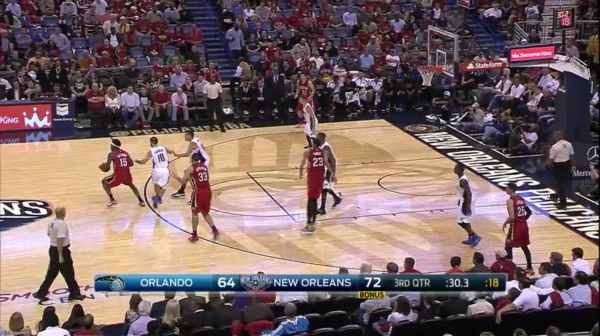 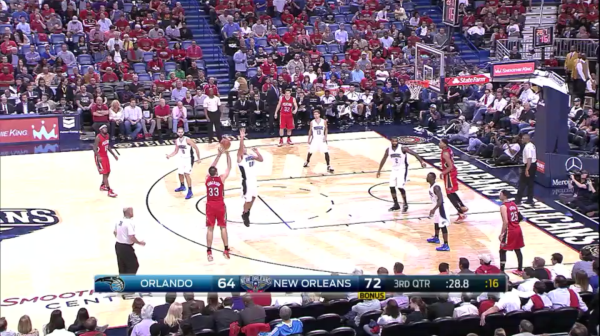 Not only are teams going to have to live in fear of Davis swatting every shot they throw up into the 38th row, but they’ll have to figure out how to defend Davis/shooter double screens from the top of the key — which only become more dangerous with a better ball handler than Salmons running the offense.

The NBA is back, and after one game, Anthony Davis is currently the front-runner for MVP.

Related: Anthony Davis arrives and 3 other things we learned from the NBA's opening night (SB Nation)