(Ed’s Note: Phillip Barnett has been down with the team since the ETSF/TalkHoops days of 2008. As is life, sometimes it takes a personal challenge to muster up words consistently. The self-proclaimed “I’m So Hideous(s)” is taking a new journey in putting up 300 words a day on the many questions, concerns and thoughts that happen to cross his mind. With that in mind, here is the first installment of The 300.)

Just another solid move by the Oakland Raiders in an offseason that can only be described as a paradigm shift in the culture of an organization that has been the central laughingstock of the NFL since Super Bowl XXXVII. They’ve brought in a tremendous amount of veteran leadership to go along with a quietly growing collection of talented youth. The difference in this spring compared to others is that the Raiders are building a football culture, not a football team.

Last night was strange. The Raiders made a draft pick at No. 5 that many considered a steal. There were no text messages, no emails, no tweets — there was nothing coming from any of my friends or colleagues laughing at the Raiders' first-round pick. The Mack pick, essentially, captured the zeitgeist of the Raiders offseason. 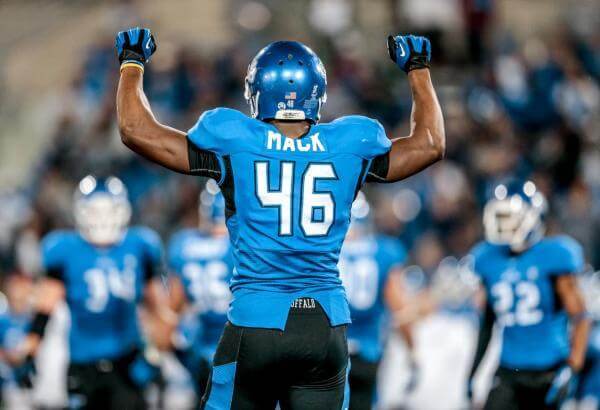 The fastest kid wasn’t selected. They didn’t take a shot at drafting a quarterback they didn’t need. The only shock value in the Raiders' selection is that there was really no shock value — just a collective, simple fist pump by members of The Nation.

There is still a lot of work left to do, but the Raiders are set up to where they can draft for depth instead of for need. Moving up tonight to take Derek Carr in the second round is intriguing, but the Raiders can literally add quality depth anywhere and rounds 2-7 and will be considered a success.

Next season should see improvements on the field, especially on the defensive end, but their perceived tough schedule could prevent them from reaching the postseason to push their streak at a solid dozen seasons out of the playoffs. On-field improvements are what's important this season, and the drafting of Khalil Mack only helps the organization with this goal.

2 Replies to “The 300: The Raiders And Building A Culture Instead Of A Team”