One thing that keeps Liverpool fans tuning into games is the eternal possibility of scoring. Thanks to their potent attack of Mohamed Salah, Roberto Firmino and Sadio Mane, there’s always a chance to put one in the net.

Salah is getting the attention this season. He’s scoring too much for it to be any different. The one you need to be watching? That’s Roberto Firmino.

Yeah, I said you need to watch a guy with a neck tattoo like that wasn’t obvious. But seriously, watch him during Liverpool games.

The thing that sets Firmino apart from most strikers is his defensive work. As a matter of fact, that’s what Liverpool Manager Jürgen Klopp talked about after the team’s 5-0 win over Watford. Mind you, this is a game in which Salah scored four goals and Firmino scored this acrobatic goal.

“In no other game is anyone coming, only against Liverpool, the number nine is coming, chasing you,” Klopp said to the Liverpool Echo newspaper. “That’s just outstanding, that’s why we could win football games.”

Now is there some luck to Firmino’s goal? Yes and no. Yes, because it went in off his back knee while he’s spinning in the air. No, because Firmino was the one who started the whole movement. Go back to the 15 second mark in that video. Who wins that loose ball?

That’s the number nine, Firmino, who is always coming, always chasing you. A few seconds later, his goal is the byproduct of his own hard work.

Salah has benefited most this season from Firmino’s work. Often, when Firmino wins possession, he’s working against an unprepared defense and looking for a pass. And whether Firmino’s taken the ball from an indecisive midfielder or a lumbering center back, Salah’s usually the first one streaking toward the opposition’s goal.

In addition to Salah, the entire Liverpool team has benefited from Firmino’s relentless pressing and those betting on football have shifted their wages accordingly in betting the over. He’s like a first line of defense, starting at the opponent’s 18-yard box. Each pressing action that results in an interception or rushed pass that leads to a misplaced pass one or two passes down the line makes life easier for Liverpool’s midfield and defense.

To repeat that pressure again and again in the course of 90 minutes comes from movement. It comes from never knowing the chase is over. It comes from tactics, from a structural fluidity that allows players to extend their chase of the ball to certain undefined but known thresholds.

But mostly, it comes from being relentless in the pursuit of victory. And in the Premier League, and quite possibly the world, there’s nobody as relentless as Roberto Firmino.

…but if we’re being honest here, Roberto Firmino being relentless is only half his story. He’s also sort of a maniac. Yeah, I’m telling you that the guy with a neck tattoo is a maniac.

What makes him a maniac? How about scoring NO LOOK GOALS.

There have been a few goals where he’s done this but his first no-look goal I can find is when he’s with THE BRAZIL NATIONAL TEAM against FELLOW SOUTH AMERICAN TEAM CHILE when the SCORE IS TIED (it’s a friendly game but those games are NEVER FRIENDLY). It gets crazier at each level when you add in the details.

In all of his no-look goals, he’s never shot unless the keeper was already nearly fully beaten. But the risk is so fully beyond the reward. Goals in soccer are rare enough that missing a few during the course of a season is risking something.

Plus, his contract is incentivized for goals.

Let me spell it out: He could be missing out on THOUSANDS OF POUNDS because he wants to be DISRESPECTFUL A.F. if he were to miss a NO LOOK GOAL.

But that’s just sorta who Roberto Firmino is. Greatness and madness all rolled into one. You should definitely be watching him.

Must Watch TV: Liverpool’s Roberto Firmino is Relentless and Insane 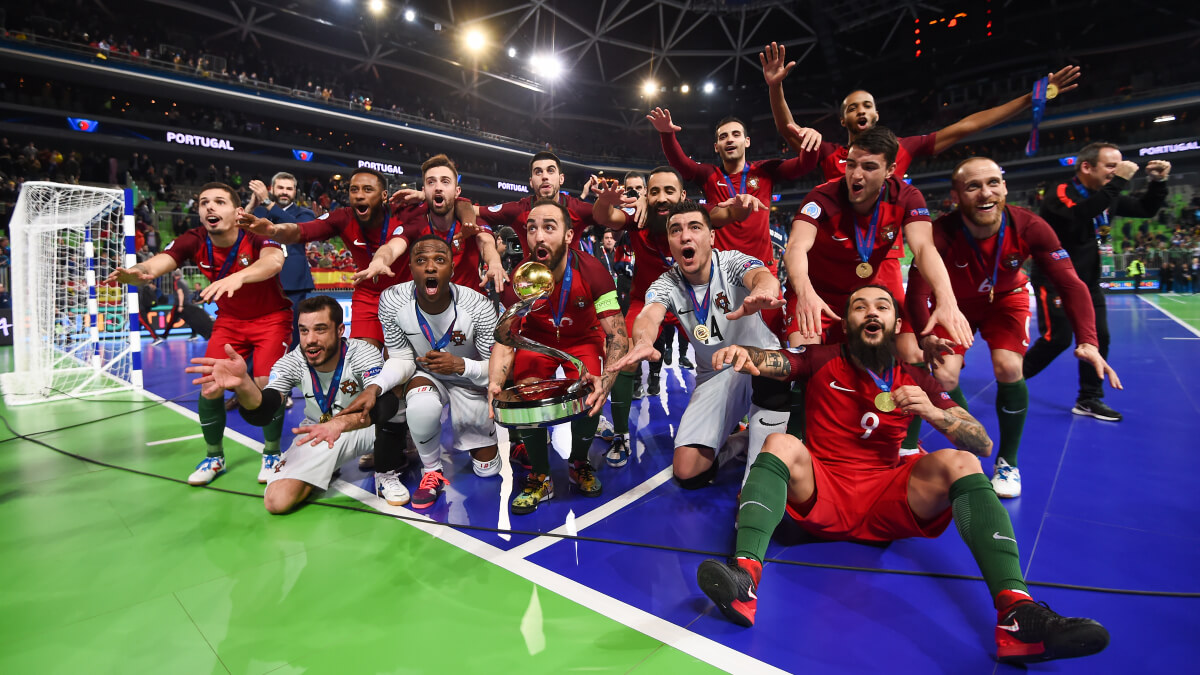 Etc. No More Olympics or Football Got You Down? FuboTV …
0