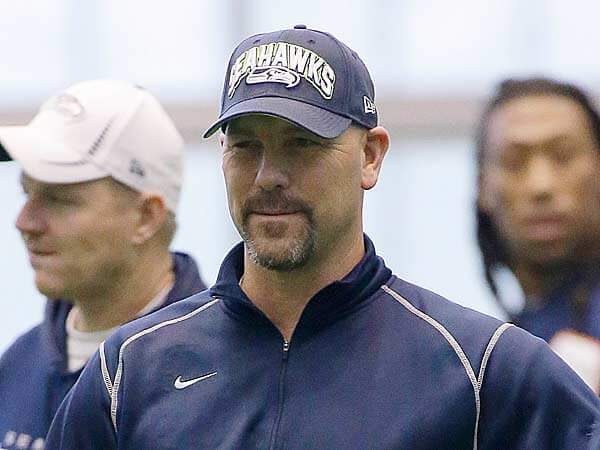 Last season was hell for Philadelphia Eagles fans. The team started well, and then it was clear they were lousy. Andy Reid and all the feelings toward him became the topic of discussion. Week after week, the Reid questions continued.

With each week, the product on the field became worse. There was nowhere to turn but forward. Only the prospect of a new coach and a draft could awaken a fan base stuck in a cold and forced slumber. For fans like the one who types these words grew up with Reid. Others watched almost 15 years pass with no change at the helm.

The sweet sorrow of the swan song sounded like a slamming door. There would be no last hurrah with the big man.

It was time to move on. For all his shortcomings as a coach, few doubted the man's steadfast character. Reid was a character for being less of a character than anyone was accustomed to. Despite his steady soul, the team needed new direction. It was perfectly clear.

With a new coach on the horizon, the college ranks seemed like a target. Day after day included debates about Chip Kelly and Bill O'Brien. Jon Gruden's name was continuously thrown in the mix. Lovie Smith interviewed. Mike Nolan and Brian Billick did too.

But, the name many became enamored with was Seattle defensive coordinator Gus Bradley. After the Seahawks' win over Washington, the enthusiasm grew. Each day brought more information about Bradley. Recommended by seemingly each coach who worked with him, his background looked good. His intensity on the sideline opened some eyes too.

It's hard to tell what kind of coach the Eagles need because the right answer is one who wins. Reid did that, and his personality was far from that of Buddy Ryan's. Still, Buddy draws rave reviews from some faithful despite never winning a thing. Beyond that senseless dedication lies the reason why Bradley might fit like a glove.

You see, Reid's tenure ended for numerous reasons. However, the moment that changed the franchise's direction was when defensive coordinator Jim Johnson died. After Johnson's brilliance left South Philly for the afterlife (assuming there is one), Sean McDermott took over. McDermott did an okay job. Then, he was fired.

What came next is no secret to anyone. The team went out and got high-priced free agents, a defensive line coach who holds no one in high esteem and made offensive line coach Juan Castillo the head of the defense. Suffice to say, it was egregiously miscalculated.

The team's defense withered. Whatever promise it showed quickly evaporated with weak tackling, shoddy excuses and lack of will. Apathy replaced intensity. Poor communication (when there was any) took over for Johnson's perfectly executed blitzes.

There was nothing left of a defense that was once so proud. It used to be something a fan base could hang its hats on. Now, whatever's left of the Eagles defense is scattered punchlines.

With Bradley, that all could change. Tuesday, he'll fly to Philadelphia to meet with the team's brass. It's possible he inks the dotted line. If he does, the team has someone who knows defense back in its grasp.

No one knows who will coordinate the offense or how it will look. It might be awful; it might improve. It's all a shot in the dark. Really, that's what this whole process has been. With an automatic rifle full of thoughts and perspective black as night, it's been a crap shoot at every angle.

Despite the craziness that has been enough for the pained fans to endure, there was never a doubt a defense in Philadelphia would be welcomed. This powder puff nonsense had to stop. If anyone can stop it, it's Bradley. That's enough for a fickle fan base to agree on. At this point, the jaded folks in green and black are awaiting their next hope.

It seems as if they'll unite for Bradley. At least, until the season starts. It's a fresh start and a new beginning, and you might as well start with someone most people around Philadelphia agree on.

At least the crawl toward the season will be different. The excitement will be palpable. Despite troubles ahead, they won't be as bad as they were last year. If they are that bad, at least they'll try. The season won't be infected. It will be filled with some type of silver lining that makes the fans believe in believing again.

Then again, maybe not. Maybe a decent defense is all we can ask for. Maybe that'll do.

2 Replies to “Help Us Gus Bradley, You're Our Only Hope”