For the first time in my life, I covered an election yesterday. My job was simple — go to the polls, find a good story, write a vignette and shoot a few photos. It wasn’t stressful. It was fun.

Most of the day was exhilarating. Virginia elected a governor, so the vote rate went down about 30 percent from last year’s presidential race. Still, people turned out to support candidates, place their votes and do civic duty.

At a few points in the day, the ugly side of politics reared its head. There were nasty exchanges and rude behavior. I saw two vitriolic attacks directed at people that were unprompted. All I could think was how glad I am that politics aren’t sports.

I’m sure you could make a case for the two things being related. Normally, two teams play and one always wins. Fiercely loyal people support their teams in droves. They stay glued to their televisions for results. Similarities exist in the two fields.

Yet, one thing that strikes me about politics today is how divisive they are. Now is when we most need to get on the same page with our common citizens. It doesn’t seem like we’re even in the same anthology. The debates and thoughtful discussions are nearly dead. Instead, we argue because one side is right and the other is wrong. We shroud our disagreements under the false veil that freedom of choice is what makes the nation great. But, some of us are driven to the point of vomit when someone’s freedom of choice differs from our own.

This is no way to live. Empathetic understanding — the kind that allows us to feel for Jonathan Martin — seems to fall by the wayside in the political realm. I remember a time not long ago when it was impossible to force a voter’s decision out of his or her mouth. It was a solitary act done by people who didn’t regurgitate talk news buzzwords and far left/right ideologies.

In sports, we have the winner and the loser. We don’t have one game a year — or every four years. Perhaps the buildup of political races adds the angst and fury. I’m not exactly sure where to pinpoint it. What I do know is Cowboys fans and Redskins fans can get along at the end of the day, if for no other reason than they both love the game.

Politics is teaching us to hate its game and each other. The attitudes toward Washington become more and more negative by the year. It doesn’t seem to matter who’s in charge, he or she is wrong. When a change is made, it takes little time for the newly appointed to be wrong as well. It’s not that they’re right – they are politicians – but the stubborn stances are just as incorrect. We spend more time throwing rocks than rallying.

I’ve seen more arguments over sports than I have rainy days. Most of them end in some type of agreement or respectful avoidance. There comes a point when two sides won’t meet in the middle – sound familiar? But, personal attacks and outright disrespect rarely come into play. In a way, both sports fans and political nutbags are invested in an ideology. So, why must one side be so shortsighted when the other can avoid horrific confrontation?

You could tell me 100 times out of 99 that Tom Brady is better than Peyton Manning. My personal preference doesn’t allow me to believe that. I’ve lived through both careers and watched them play countless times. But, you have validity to an argument that brings the topic to the table. Even if your evaluation differs from mine, it’s within reason to think Brady is better. It’s not necessarily true. We don’t know what’s necessarily true.

Who is better isn’t the point. The simple and stark contrast between the political crazies and the diehard sports fans is. Even if I adamantly disagree with the Brady lover, at no point will I attack his or her belief systems. Agreement isn’t something that needs to be a sure thing — but respect does. I won’t call Brady names or his follower even worse names. There’s nothing I can do to change my opponent’s mind at some point, so I must agree to disagree. This valuable and intangible thing – discretion as some might call it – is rarely at use in political conversation. No reason to eliminate a person’s humanity over a party choice exists.

I stood with a pad in my hand and watched folks engage in sad and morose combat less elementary than the schools where they cast their ballots. Deep down I wondered if they would watch a game in the same bar, even if they rooted against each other. Probably. Then, I wondered if they follow the same team – which is likely given the geography. It reminded me, at least there’s something honorable about a sports fan.

I stood outside in the cold and wind. As I waited for the story to appear, a party pamphlet-distributor asked me my job title.

“Sports editor,” I told him.

“The most violent sport is politics,” the Uncle Sam hat wearing individual shot back.

I looked in his eyes as he sneered. He was right. His statement made me think of all the people I disagree with in sports and how glad I am they don’t play as barbarically as those in politics. Say this for sports fans, we understand the code of conduct and mostly respect one another. That respect is forged out of a common bond. Being an American used to be that same bond.

In both universes, someone wins and someone loses. Most of the time in sports, there’s no one there to personally attack you for what jersey you wear. 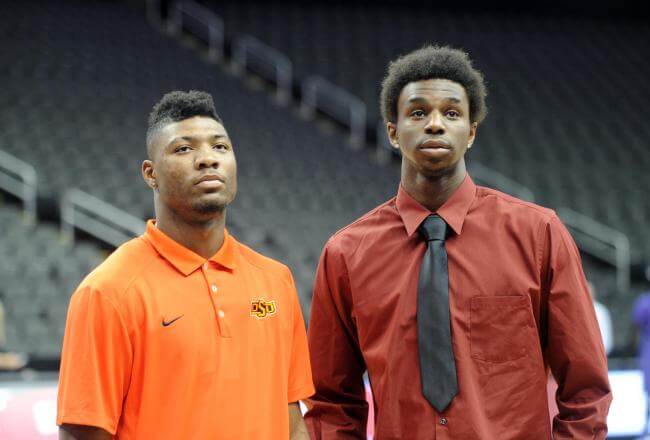