The Chicago Bulls have been a disappointment this season, but the lone bright spot all year and the player who gives the team hope for the future is Jimmy Butler. Regarded as one of the league’s most elite two-way players, Butler’s energy on the court and personality off it has made him a lightning rod for both praise and criticism.

These feelings only intensified once he inked a show deal with Jordan Brand. His familiarity of and fondness for Jordan’s dates back to when he wore the sneakers while playing at Marquette. However, his ascension as one of the league’s top two-guards, while playing for the same team that has a Jordan statue posted outside of the arena, certainly raised his profile and gotten people’s attention.

Now Butler is using his platform and newly found celebrity to make a positive impression on the lives of people he’s able to touch. Such was the case at Fenwick High School last week, the home of Duke alum and former NBA journeyman, Corey Maggette. Fenwick is sponsored by Jordan Brand and Butler was in attendance at DePaul University’s McGrath-Phillips Arena to watch the school capture the Catholic League championship in February.

Butler made a surprise visit to the school on April 1 - ironic, right? The students in attendance, mostly Fenwick athletes, assembled in a science class and thought they were about to witness a presentation on the new Jordan Ultra.Fly sneaker. However, after going through a brief talk on the technological specs of the shoe, Butler came in to talk about the way the sneaker impacts his game on the court. 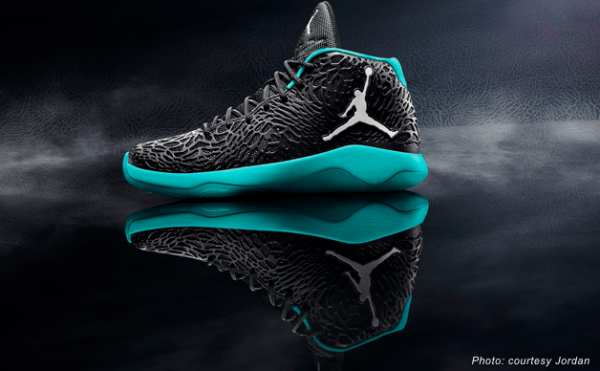 “It helps me move comfortably, change directions comfortably. I gotta chase all of these superstars around, and I need a shoe that’ll hold,” he said. Known for his defense, Jimmy Butler understands the need to have comfortable and responsive shoes. Not having any concerns about his footwear helps Butler focus on more important things.

“I just find it fun to go up against LeBron, KD and all the other guys you see me guarding on TV,” Butler explained. “I want to know, can [they] give me 50 [points]? I consider myself one of the stars in this league and if you can give me 50, then you’re a bad dude.”

The Jordan Ultra.Fly probably won’t make you a bad dude on the court, but if you want to wear a cool looking and comfortable sneaker on the basketball court, then hit up your local sneaker store and go grab a pair which retails for $120.