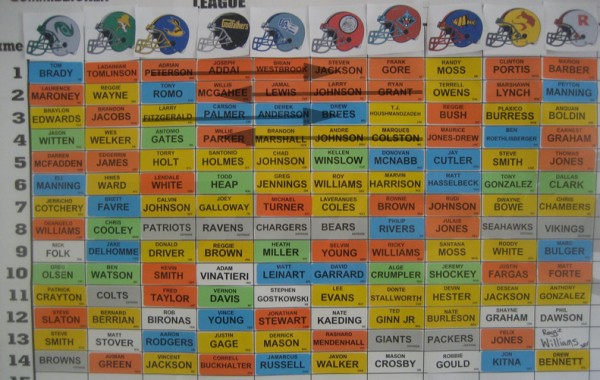 Welcome to the American sports world, where the NFL is king.

Each Sunday, the eyes of the sports fan turn to FOX, CBS and NBC to watch the nation's sport. Tom, Dick and Harry are strapped to the couch for the pregame shows. Then, they switch to the game where their favorite team wins a nail-biter against a division foe. Next, onto the best match-up of the week on another channel. Finally, the Sunday night game that they have high interest in due to coaches, superstars and big plays.

They even tune in on Monday to watch again. Before they know it, Thursday rolls around and they are back on the couch for the week's appetizer game.

There is the Sunday Ticket package for more games. The Red Zone Channel gives you all the scores inside the 20-yard line. Online, there are stat trackers and tweets of each game. It's overload and as Tony Montana's wife said, "Nothing exceeds like excess."

How did the NFL get so big? What is it about the league that holds the court of the Johnny Sportsfan?

Fifteen years ago, a beta version of a game was opened up on CBS. It was the first time it was open and accessible to everyone with the convenience of walking to the computer. Fantasy football.

While it's called fantasy, it has become reality. What drives the game is the same thing that created the monster of March Madness and the Super Bowl. Gambling.

Today, every sport has the option for fantasy leagues. However, the model of the NFL is much more conducive to the games.

Baseball is built with a long schedule. There are frequent injuries and games spread across the week ahead. It's a lot to keep up with for today's society that gravitates towards instant gratification.

The NBA is built on a group of superstars and high-powered markets. It too is a lot to keep up with over a season; 82 games can be cumbersome for the average Joe.

Hockey (when it exists) has a much smaller following than the other major sports. Also with 82 games, and with injury concerns abound, it's not ideal. 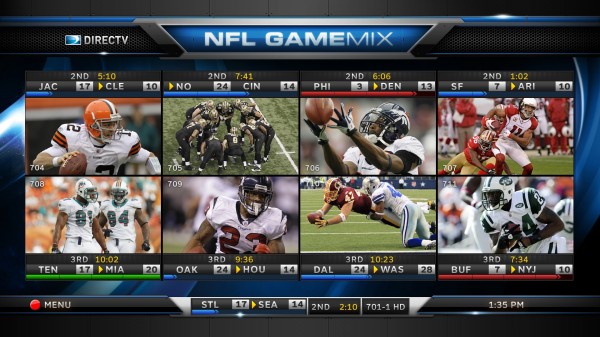 Football is different. For starters, the NFL has a minor league program that is displayed all over the cable box on Saturdays. Fans familiarize themselves with players who will be drafted. Whether consciously or not, fans will remember the name of a guy they saw run for 120 yards in a game against their alma mater.

Also, the NFL is just 17 weeks, 16 games. While the injury risk is high, there is always someone to pick up on the waiver wire as a backup. The attention span required for someone to watch one game a week is low. It's not much effort for the possible dividends.

Think of the risk reward that comes with gambling on fantasy football. A $50 buy-in for a league may seem like too much for the college student. For the office employee, it's much less. An investment of $50 over 17 weeks with a 1-in-10 shot to win as much as $500 seems like a good deal. This is where the intriguing part of the draw kicks in to the popularity.

Each sport has a fan base. How the league expands beyond the base and grows the game is the key. Football can use the golden ticket of fantasy football.

In an office of 10 people, perhaps seven of the employees love football. When the season rolls around, water cooler talk becomes about the crazy ending the day before or the missed field goal that doomed a team. Eventually, the three others are annoyed and feel a bit left out.

When the next season rolls around, the seven come up with an idea of starting an office fantasy league. The three others will join in because the investment isn't high. Plus, it could be fun. At the very least, they'll fit in with the rest of the office. People love to feel a part of something.

With the season, they're walked through who they should pick by friends who know the game. The season rolls around and they see the players play. Now, they develop an interest in specific players. They may hate Aaron Rodgers for beating them with 23.45 points on Monday night when they led by 22 at the end of Sunday. They may love Darren McFadden for scoring three touchdowns the week they faced the guy who talks on his phone too loud during the morning.

The next season will roll around, and still, they're invested. They'll draft the players they loved last season despite injury concerns. It will become a cyclical relationship that puts them in the same couch as Tom, Dick and Harry on Sundays. And Mondays. And Thursdays.

Some play the game without any investment. Still, they will be interested for bragging rights among friends or other reasons. If they do well, perhaps they are interested in forking over some greenbacks to play the next year. All in all, people start to care a great deal about things where they have a vested interest. Survivor pools, pick 'em leagues, sports book websites abound. In a few years, the fan is engaged in a few leagues rather than just one.

Now the game they once cared little about becomes a part of life. They aren't degenerative gamblers, probably never will be. Yet, they are interested where they once were bored.

The NFL has more and more caught on its line each year. New fans are born every day. How big is the game that has helped grow the sport beyond others? Watch a pregame show and think about how many times the ticker shows a fantasy update. Listen when the analysts breakdown who will thrive against certain teams. The gambling guides are being communicated over the  big screen. Tom, Dick and Harry are pulling out their laptops and phones to change their lineups.