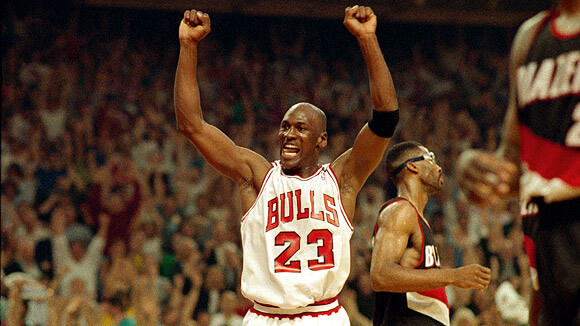 My mother has this tradition every year around this time to run through the story of how she was in labor, in pain and still told every intricate detail a woman can muster about her own pregnancy experience. I let her tell it because, to be honest, I'd be worried if she didn't turn into the female Dr. Seuss on me. That being said, my childhood was, for the most part, blessed. My mother made sure my brother and I never wanted for too much, gave us a great house to live in with our grandmother and all the stuff the single Black mother is praised for in today's society.

I never had a father in my household, and this isn't one of those "black-kid-never-had-a-dad-growing-up-woe-is-me" stories. You see, I don't know my father. I haven't seen the guy since I was two, to be honest. I did, however, have a role model who I convinced myself was like a father. And his name was Michael Jordan. Surprise, right?

I know, I know. It sounds sick, but my young, elementary school self swore up, down and all the way to the corners of Southside Chicago Mike Jordan was my pops. I ate Wheaties, because of MJ. I drank Gatorade, because of MJ. I chewed my gun a certain way, because of MJ. I wore wrist and knee bands, because of MJ. Hell, there was one time in the barbershop I intentionally moved in the chair, so the barber would have to cut all my hair off. Looking back, it was one of the proudest days of my entire life, and one of the worst for my mother.

No one bothered to tell me I resembled more of a lightbulb than the world's greatest basketball player. I took that whooping that eventually came. I took it for Mike. WGN was my favorite channel growing up in Virginia, because they showed every Bulls game. And for those I couldn't stay up at night and watch, my grandmother would always bite the bullet and watch them for me, leaving sticky notes on the bathroom mirror with the final score, along with Jordan and Pippen's stats (she later grew to love Dennis Rodman). Double hell; I even remember being scared to the point of tears in Game Seven of the 1998 Eastern Conference finals when Reggie Miller and the Pacers damn near did the impossible and beat the Bulls.

You see, these are the sort of memories I'll never, ever forget as long as I live. 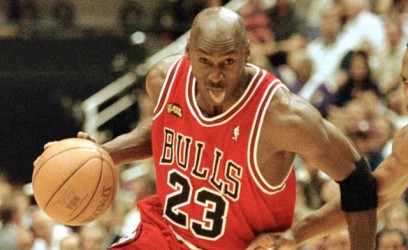 The other day on my lunch break, I'm not sure what told me to YouTube "Be Like Mike" on my iPhone, but I did and was reminded of the single most influential commercial of my younger days. It spoke to me in volumes I couldn't truly articulate at six or seven years old and even struggle to do so now.

A young Tins - and yes I just referred to myself in third person, although I'm not sure why - even went to desperate lengths to get this jingle put on cassette tape. Where songs like C-Murder's "Ride For My N*ggas," or Pastor Troy's "We Ready" or even Eminem's "Lose Yourself" came to represent game day staples, my mother would drive me to my weekend association basketball games as I prepared for games listening to "Be Like Mike" on loop. My reverse layups never looked as pretty, fadeaway was never as potent and the only time I ever dunked was on a Fisher Price rim, but none of that mattered at the end of the day. In fact, my most Jordan-esque moment came after nailing a jumper to send a game into overtime. The whole play happened in slow motion, and I promise I was singing the song in my head as I rose for the shot. We eventually lost that game in OT, but for a brief moment in space, I had willed my team to near victory in the same sense Jordan was doing for the  Bulls.

I know I sat and watched that commercial a good seven or eight times for nothing more than sheer nostalgic value. I felt like a kid again; that same kid who'd beg to stay up late to watch Bulls games. Or even that same kid who'd cut the TV on mute and pray the remote wouldn't act like a b*tch when I tried to turn it off if I heard my mom coming down the hallway.

As a kid, all you have are dreams. Sometimes, they fade away with the years and, in some cases, they actually turn into your calling. Either way, you never forget them or the sense of pride and honor they afforded as a kid. It's the reason why a person like you or myself can look back at Michael Jordan the same way Kobe Bryant or LeBron James look at him and say "I remember when all I ever wanted out of life was to be him."

Whether we did or not is irrelevant. Childhood is the period in life where the world's evils or pitfalls had yet to walk side-by-side with us. We were foreign to their effects. All we knew was what we loved to do, who did those things and what they actually meant. It's half of the reason Christmas always packs more of a punch when you're younger, if that makes any sense. Even as the years have gone by and I've come to learn about the Michael Jordan far beyond his icon status on the court - some of which I wasn't exactly thrilled with - I'm always reminded of how much of a driving force he was when all I cared about was basketball. That's a trait I've always attempted to carry with me over the years as technology, reality shows and 24/7 media have turned sports into more of a drama than anything else. Basketball is basketball. Sports are sports. Everything else is just that: Everything else.

It's funny, though. Here I am; a grown 26 year old man who occasionally misses a belt loop getting ready for work in the morning, and I'm writing about Michael Jordan as if I'm nine years old all over again. That's probably weird to you, but dope as hell to me. I guess, in some ways (excluding his country bumpkin fashion sense), I still want to "be like Mike." And that's something I hope never goes away.

5 Replies to “Even In Adulthood, Being "Like Mike" Is Still A Childhood Dream”