Chaos, pandemonium, shambles. These are all synonyms for bedlam, which not only describe the Oklahoma vs. Oklahoma State game but also perfectly encapsulate the current state of college football.

The unbeatens (Alabama, Georgia, Wisconsin, Miami and UCF) remain unblemished, untouched by the upsets that swept through last weekend like a dream-crushing tornadoes. Ohio State, Penn State, Iowa State and Stanford didn’t fair so well though. But we are not here to talk about the misfortunes of another college football week gone by.

No, this week we are focusing on the outrageous, the outlandish, the incomprehensible numbers certain players and teams are putting up. That’s right, this week’s statistical leaderboard is dedicated to the freakish performances by teams and players that top the country in important categories.

And of course, there is only one place to start and that is with Oklahoma quarterback Baker Mayfield, eminence of the exorbitant and ruler of the ridiculous.

In Oklahoma’s 62-52 victory over Oklahoma State Saturday, this is what Sooner quarterback Baker Mayfield’s stat line looked like:

I mean can we give daddy the Heisman already?

Mayfield has 3,226 passing yards and 28 touchdowns with only five interceptions on the season. He’s like the Saquon Barkley of quarterback stats.

Washington has managed to live its defensive truth despite the continuous circle of Pac-12 suck. The Huskies have kept control of their own destiny and are now just three wins away from a Pac-12 championship appearance. Granted, they still have to get through Stanford, Utah and in-state rival Washington State. But with a defense that refuses to quit and a record-breaking punt returner, the Huskies look like they might just make it.

Through nine games, Washington (8-1) has allowed just 585 plays from opposing teams and only 2,168 yards. They allow a stingy 3.71 yards per play and have given up only 11 touchdowns to opponents so far this season.

“If he makes the first guy miss, it’s usually a touchdown,” Huskies quarterback Jake Browning told ESPN after the Oregon game. Sounds like the perfect Tinder bio to us.

The current leader of the kind of touchdowns your run into the end zone doesn’t have a four-letter last name or hail from Happy Valley. He is a sophomore running back for the Florida Atlantic Owls, coached by your favorite tarmac survivor, Lane Kiffin. Devin Singletary, whose middle name has been permanently changed to “Motor,” has 187 carries for 1,256 yards and a stunning 19 touchdowns on the year. The 5-foot-9 speedster has even inspired his own Madden rating from Kiffin.

“He can’t be 99 because [his speed] is a little bit questionable,” Kiffin joked in an interview with Sun Sentinel. “So he’s probably about a 91.”

Singletary holds the school’s single-season touchdown record and FAU’s career rushing touchdown record. The Owls boast a 6-3 record and are first in the C-USA East, having won their last five games. But they will be tested when they face Florida International in the second-to-last game of the season.

Can I just say how nice it is to have a top-ranked team that I don’t feel obligated to hate.

From the freshman quarterback Jake Fromm, whose Twitter name is “JakeFromStateFromm” (hilarious) to the lovable running back duo of Nick Chubb and Sony Michel, who account for 18 of the team’s 26 touchdowns this season and a head coach who took what he learned from his prior job and actually applied it at his new one.

But most importantly, Georgia is a team you can count on to be both reliable and relentless in the red zone. Of the Bulldogs’ 36 red zone attempts, they have scored 35 times: 16 rushing touchdowns, nine passing touchdowns and 10 field goals. They have three games left: Auburn, Kentucky and Georgia Tech. If the Bulldogs can get past the Tigers, who are allowing just 3.34 yards per carry, then Kirby Smart & company should have the confidence to finish out the season undefeated.

Yes, Rice is having a rough season – the Owls are 1-8 with their only win coming against UTEP in the second game of the season. And when they do make headlines, its usually for the other team’s bowl eligibility or lights out performance.

Enter bright spot Aaron Cephus, who happens to lead the nation in yards per reception. The miraculous thing: he only has 18 catches.

FOR A TOTAL OF 500 YARDS. Sorry, but that had to be capitalized so you could envision me yelling it at you.

Cephus only has five touchdowns, but his game averages are insane. With the exception of Florida International of course, where he caught five passes for a total of 54 yards, averaging only 10.8 yards per play.

He makes big catches, is what I’m saying. Hopefully next season, the 6-foot-4 Houston, Texas native can be applied more liberally to opposing offenses. 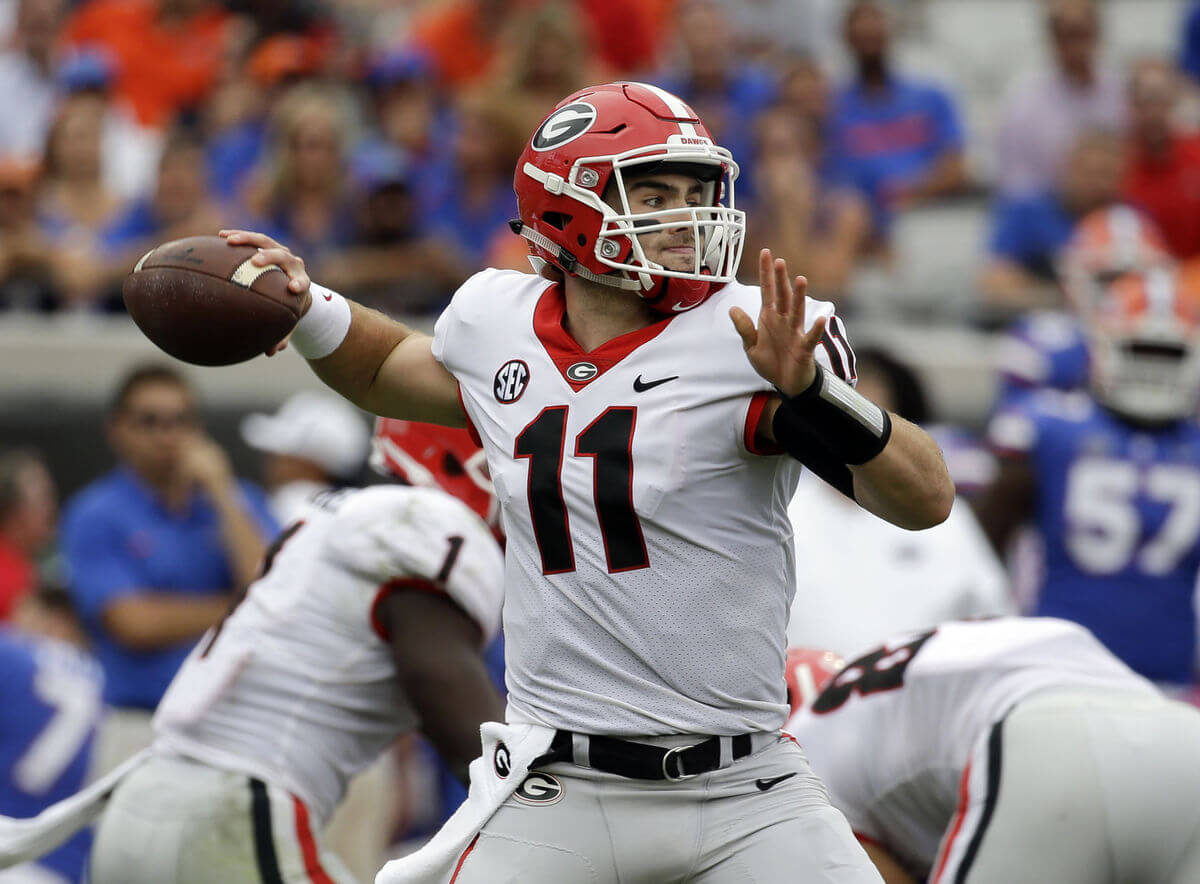