Football is a game of ghosts – from the former gridiron greats to the past championship coaches and all those that are carried with the team on the field each time a whistle blows.

Every person associated with the game has a reason, past or present that drives them forward.

For this year’s Marshall University football team, and every team since 1971, there are 75 reasons.

“Obviously this game is the most important game we play every year because it’s the game we are honoring the 75 that were killed in the crash,” said head coach Doc Holliday after Marshall’s 31-10 win over Louisiana Tech Friday night. “That’s always been the case and that will never change.”

49 years ago, the worst sports-related air tragedy in U.S. history occurred in Huntington, West Virginia just 4,219 feet short of the Tristate Airport runway. Some of you may have seen the movie or read articles and stories about that horrific night and the devastation that befell the Marshall University community.Thirty-seven members of the Thundering Herd football team, eight members of the coaching staff, 25 boosters and five flight crew members lost their lives that night.

Like many in the college football world, I knew the story but did not comprehend the magnitude of the event. As I flew into the very same airport on the anniversary of the crash, I didn’t realize my plane flew the same path as those 75 lost souls – I was too busy Snapchatting about the snow. I, like many of the players who enter this historic program, just didn’t understand.

“Marshall is a special place and we have a special story and I don’t think you totally understand that unless you can educate these kids, because the kids see the movie but they don’t totally understand the importance of what this football program is unless you educate them,” explained Holliday in a pre-game press conference last week. “I think it’s important that anybody that plays here understands how important this football team is and what it means to the community, the fan base and the school.”

I didn’t realize what I had walked into but something was urging me to learn more – an Uber driver whose family worked at the airport all those years ago, a timely interview with the Marshall athletic director talking about Friday’s fountain celebration playing in the bathroom where I was fixing my makeup, and the chance elevator encounter with several community members who lost relatives in the crash. It was all beyond coincidence.

“It’s different, this game is always different,” said Holliday. “It seems like something happens in this game that’s always unusual for whatever reason – well we know what the reason is.”

Unusual is one way to put it. It started with running back Brenden Knox earlier in the week. Knox, who wears No. 20, was encouraged by his running backs coach to research the player who wore his number in 1970 as part of the week-long tribute to the fallen. Knox discovered that his digit duplicate, QB/DB Rick Lech was also from Columbus, Ohio and attended the same high school as Knox. Forget unusual – it was inexplainable.

The game itself boasted several peculiar elements – first, Louisiana Tech head coach Skip Holtz announced the suspensions of star quarterback J’Mar Smith, leading receiver Adrian Hardy and linebacker James Jackson due to violation of athletic department policy. The Bulldogs struggled with snaps all night, including one mishandled by the punter that led to the first of Knox’s two touchdowns and a fourth-and-one that went over backup quarterback Aaron Allen’s head recovered by linebacker Tavante Beckett, effectively ending the game.

“There was a couple of things that you just can’t explain it,” Marshall quarterback Isaiah Green confirmed. “Coach Price talked to us about things happening during this game on this date — things you just can’t explain. I feel like that was one of those things. It happened throughout the night. You just have to pay attention to notice.”

Of course, there could be a simpler explanation for the bizarre series of events.

But it’s more fun to believe in the Angels in the Backfield.

“It’s definitely one of those things that they’re on our side,” Knox said of the presence of the 75. Knox finished with 113 rushing yards and two touchdowns, surpassing the 1,000-yard mark for the season and becoming the 17thplayer in Marshall history to rush for 1,000 yards in a season.

.@HerdFB takes advantage of a special teams mistake by the Bulldogs and goes up by 10! pic.twitter.com/gLD9Wb3tjU

The gridiron ghosts company was felt by many, particularly during the pre-game walk onto the field where players and coaches linked arms with former players and family members affected by the crash.

“You don’t feel their exact emotions because no matter what I do in life, I’ll never be able to feel the emotion that they felt, but it’s just getting a glimpse into their world,” redshirt center Levi Brown said of those that joined the team on the walk. “They’re watching the video and you look over and you see someone tearing up. It becomes real really fast when you have so much emotion around you.”

But emotion can be a double-edged sword, particularly in a game like football.

“I think early on it can be, until they settle down a little bit,” recounted Holliday. “But our kids do such a great job of embracing our history and embracing our tradition and they really like this week…I’m just proud of the way they show up in this game and represent the 75 the way they do.”

Yes, this year’s team is special and not just because they are united by tragedy and guided by leaders that place importance on tradition and honor. But because they love the game and each other.

“The thing I like about this team is that they love to play,” shared Holliday. “If you get guys that love football and it’s important to them and they love the game, then I can fix everything else.”

Junior linebacker Tavante Beckett, who finished the game with a team-high 13 tackles, summed it all up perfectly.

“Just having fun, enjoying the game – I mean you work yearlong for 12, 13 games you gotta enjoy it,” said Beckett of playing with this team. “You have to enjoy the moment with your teammates and your brothers that you grind with every day.” 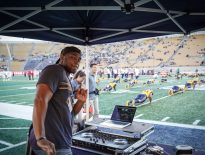 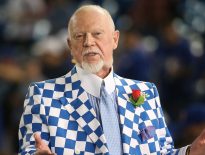 Featured Don Cherry And The Problem With Canada
1