Last week, the college football slate was highly entertaining with ranked teams being upset, games going into double-overtime and several squads being shut out of the end zone completely. We even enjoyed some new faces on our statistical leaderboard.  The Pac-12 got in on the action, offering up entertainment of the After-Dark variety.

But this weekend, shenanigans aside, the North-South matchup between Cal and USC will be the best college football game on this weekend. And yes, I realize No. 6 Oklahoma State is travelling to No. 16 TCU and No. 17 Mississippi State is visiting No. 11 Georgia. Irrelevant. This mid-day Berkeley showdown has those games beat with a legitimate Heisman contender, a defense playing out of its mind and a newly woke fan base.

Need more reasons? We got you covered.

Legends live forever, especially when there is an annual home football game played in their honor. On Friday, April 29, 1977, the Joe Roth Game was born. The idea was simple – the Golden Bear community wanted a fitting way to honor the All-American quarterback who played his 1976 season with melanoma and died three months after his last regular season game. The athletic department designated Cal’s home game against its Southern counterpart (USC or UCLA) each year to represent the Joe Roth Game, as Roth’s performance against USC in 1975 landed him in the national spotlight. Roth’s No. 12 jersey is the only to ever be retired by Cal football.

In 2007, the Bears honored Roth by wearing 1970s-era throwback uniforms in their game against USC. Those uniforms were then auctioned off after the game as part of a fundraiser. Ten years later, the Bears are donning the throwbacks again for another bout with the Trojans. Nostalgia is a powerful weapon, especially when associated with honor and a “never quit” mantra. And putting on a uniform that significant has to feel a little bit like slipping on Superman’s cape. Cal just has to hope Sam Darnold’s hands aren’t dipped in Kryptonite…

…with Louisville’s Lamar Jackson trending down, Oklahoma State’s Mason Rudolph heading into Horned Frog territory this weekend and Penn State taking on a slightly tougher opponent in Iowa, Darnold has a chance to move up the Heisman leaderboard with a definitive victory over an undefeated Cal team. Darnold’s stock stayed the same this weekend after a 27-24 double OT victory over the unranked Texas Longhorns. It was a very different game than the Trojans’ 42-24 rout of Stanford the weekend prior, mainly because Texas brought a much more steadfast defense into the Coliseum which effectively neutralized USC’s run game.

Darnold is 72-108 (66.7%) for 1,002 yards and seven touchdowns so far on the year, but he has thrown six interceptions. For comparison, Oklahoma’s Baker Mayfield, who is currently leading the Heisman race, is 63-82 (76.8%) for 1046 yards and 10 touchdowns with zero interceptions. If Darnold is careful with the ball against Cal and puts up solid passing numbers, he could move closer to Mayfield. More plays like this wouldn’t hurt either…

It’s weird to write about Cal’s defense as a selling point for this game, but here we are. In seeking their first win over USC since 2003 (when Aaron Rodgers was the quarterback), the Bears could very well depend on their defense to get them there. Linebacker Devante Downs is leading the charge after earning Pac-12 Defensive Player of the Week honors for his play against Ole Miss. Downs recorded 14 tackles, two sacks, three tackles for a loss and an interception in the Bears’ 27-16 win over the Rebels.

Also, after allowing 42.6 points per game last season, Cal’s defense has allowed an average of only 22 points per game in its first three games – the last time Cal allowed fewer than 22 points was in 2008. Cal also has a plus-four turnover margin with its nine turnovers (four fumbles and five interceptions) tied for third in the nation. The Bears have generated 14 points off of turnovers in two games versus North Carolina and Ole Miss.

And then there is the fact that Cal shut out both Weber State and Ole Miss in the second half. Sports can be like bingo, sometimes your numbers are called quick, and other times the game can be a slow grind. For Cal, getting out quick and making USC grind, could be the ultimate formula for the Bears.

Let’s not get carried away and call this a grudge match. Sure Cal head coach Justin Wilcox was USC’s defensive coordinator under Steve Sarkisian, and then under Clay Helton when Sarkisian was relieved of duties halfway through the 2015 season. And when Helton was hired on permanently, he decided not to keep Wilcox, which probably stung a bit.

And USC’s defensive woes in 2015 likely haunt Wilcox, specifically the Pac-12 Championship Game where Stanford’s Christian McCaffrey carved up the Trojans’ defense to the tune of 300 yards of total offense.

“Clay was great,” Wilcox said on the Pac-12 media teleconference Tuesday when questions about his firing were asked. “It was good. … We went through some things as a program. We didn’t do a good enough job on defense, which falls on me. I totally understand. That’s our profession. It’s not always the most fun. That’s the way it is — you’ve just got to learn from it.”

While this isn’t quite the definition of a trap game, like San Diego State’s 20-17 win over Stanford, it does have all the trap game trimmings: comeback win over Ole Miss for Cal, barely-won game against Texas for USC, amped up Memorial Stadium, USC favored by 17 – the list goes on. When USC first saw this game on the schedule, I’m sure they imagined a breather from the rough road. But now, facing a 3-0 undefeated Cal team that is playing like they stole it, USC should tread lightly.

The Trojans also just faced two physically imposing opponents in a row, which caused a rash of injuries. As of Thursday, 18 players are listed as out or questionable, including running back Ronald Jones II (quad/ankle) and wide receiver Steven Mitchell (groin), according to ReignOfTroy.com. Jones rushed for 116 yards off of 23 carries for two touchdowns against Stanford and Mitchell tallied four catches for 94 yards and two touchdowns against the Cardinal as well as six catches for 90 yards against Texas.

5 Reasons Why USC vs. Cal Will Be The Best College Football Game This Weekend 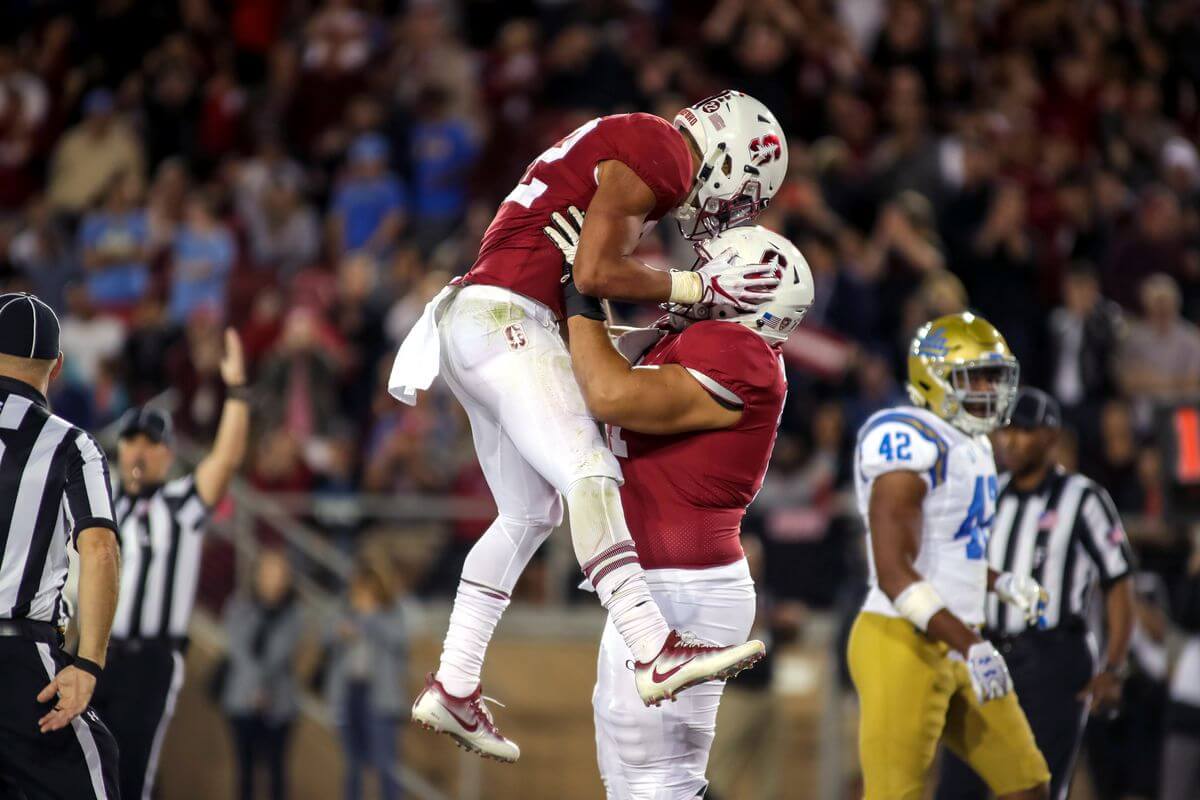 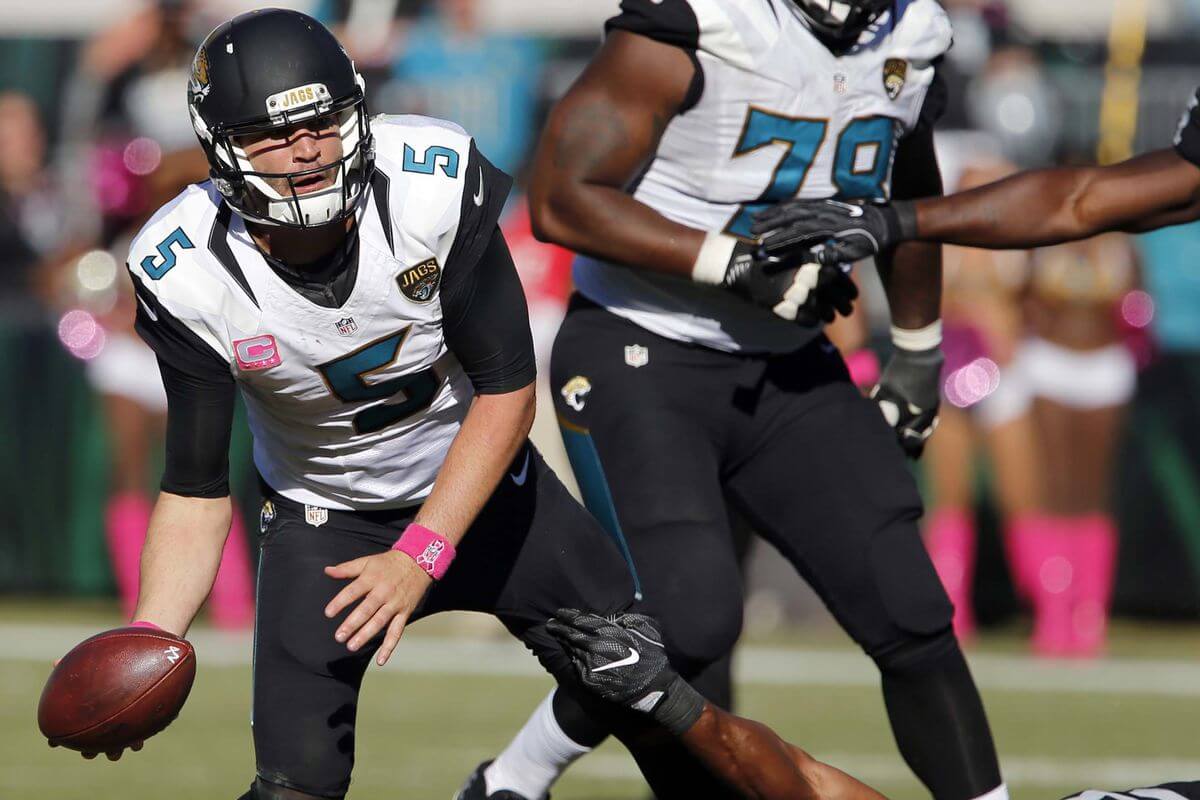