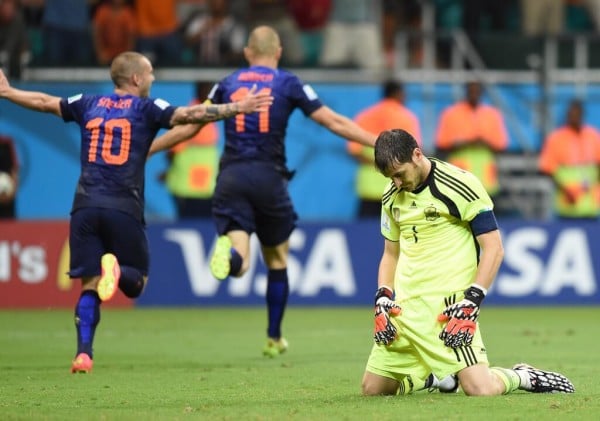 Many of you have been watching Game Of Thrones, and if you have, you’re probably familiar with The Red Wedding. If you don’t know what The Red Wedding is, then I’ll give you the Reader’s Digest version. The Red Wedding is a massacre in which a family that rules in the North and their army are eviscerated and slaughtered. The orchestrated killing is put together by an evil man named Lord Walder Frey as revenge for Robb Stark deciding he wouldn’t marry one of Frey’s daughters. So, when one of the lower Northerners on the totem pole was chosen to marry one of the Frey girls at a wedding, everybody got murked. Here it is for your viewing pleasure.

Here’s the thing. Game Of Thrones, as much as I’d like it to be at times, is not real. However, a different ‘game of thrones’ is taking place in Brazil, as the 2014 FIFA World Cup has begun consuming my life since Thursday. Of course, when Spain vs. Netherlands was scheduled, I knew that I’d need to get in front of a TV so I could witness two of the elites in the footballing world. Who knew a Red Wedding* would break out? (Spain’s nickname is La Furia Roja a.k.a The Red Fury, this will be relevant shortly) Per FOX Sports, Spain’s reign was summarily crushed by the Dutch:

The Netherlands earned sweet revenge on Spain on Friday at the Fonte Nova in Salvador, hammering Spain 5-1 to put an emphatic coda on their loss in the 2010 World Cup finals.

Robin van Persie and Arjen Robben both scored twice, and Stefan de Vrij added one to pace the Netherlands after an early and controversial penalty had staked Spain an early lead. And believe it or not, the Dutch could have had a few more. It was the heaviest loss ever suffered by a reigning champion, and it leaves Spain staring at an early exit. Spain hadn’t lost in a Cup match in such a shambolic fashion since 1950 — fittingly enough, that was against hosts Brazil.

In short, Spain got their asses whupped in front of billions and billions of people. It was a glorious thing to see.

So what do we take from this mollywhopping? Not much really. Spain could still easily win their next two games and make it out of the group stage and into the knockout stage. Holland’s now being championed as title contenders, but if you know anything about Dutch football, you know that they can let down at any time. I’ll tell you what we do know though. Spanish Gene Hackman a.k.a Spain manager Vincent Del Bosque has all the sads tonight.

The World Cup is awesome, ain’t it? Yep, it sure is.

RELATED: The Netherlands Own The Best Kits Of The World Cup

2 Replies to “This Was The Red Wedding In Real Life: Netherlands 5, Spain 1”

This Was The Red Wedding In Real Life: Netherlands 5, Spain 1

Basketball What I Learned From Game 5 Of The NBA Finals: The … 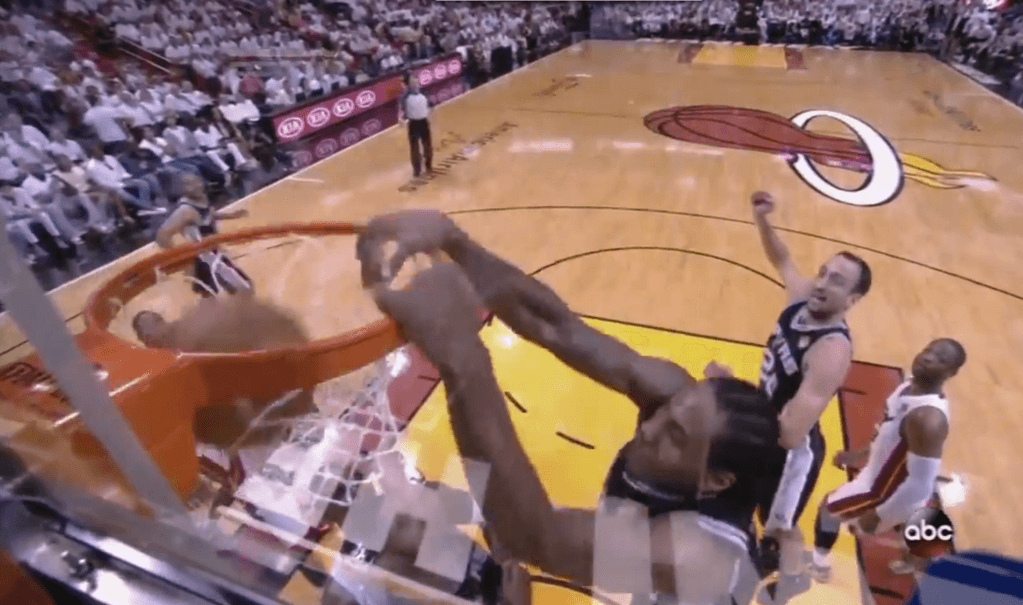 Basketball Kawhi Leonard Has No Regard For Human Life, Or At …
2