The month of July for sports fans might be the worst time of the year. With the NFL and NBA both in full offseason mode, fans are left with little to look for. Yes, baseball's Midsummer Classic and the Pan-American games can raise an eyebrow for some, but the reality is that the sports calendar can look mighty bleak in the middle of the summer.

Fortunately, the sports gods are merciful and find new ways to provide the people quality entertainment throughout the year.

We decided to break out the athletes, moments and other things of interest that won at sports in the month of July, along with those that lost. Some are truly awesome moments of spectacle, and others are only here to make you laugh. Because winning at sports is important.

Williams gutted her way to another Grand Slam victory by defeating Garbine Muguruza in straight sets. With the win, Serena not only claimed her 21st Grand Slam title, but now has a definitive case for being America's most dominate athlete, male or female. Well done. Serena. Keep dancing your way into our hearts.

The USWNT routed Japan 5-2 to win the 2015 World Cup, its third world title in the team's history. Carli Lloyd's individual dominance was breathtaking with three goals in 17 minutes, including a bomb from the halfway line. With the win, Abby Wambach can now ride off into the sunset that is retirement and leave behind a squad that's still in good hands.

The first female coach in NBA history added another achievement to her résumé by leading the San Antonio Spurs summer league team to a championship in Las Vegas. Also, she's well-equipped to dance like MC Hammer.

Hey, when you find a way to trade for Troy Tulowitzki and David Price in a 72-hour time span, you're a winner. (Now, will the Blue Jays even make the playoffs? Who knows?)

The best player in Major League Baseball added a first on his list of achievements as he was named All-Star MVP again in Cincinnati and is the first ever back-to-back winner in league history. The kid is 23 years old, and he's won two Chevrolet trucks already. Life's not fair for the rest of us.

The Spurs clearly have the cheat code the rest of the league doesn't. They out-negotiated everyone to win the LaMarcus Aldridge sweepstakes. They retained Danny Green for less than market value. They wooed David West so much that he took a pay cut of $11 million to go to the Alamo. Plus, Tim Duncan and Manu Ginobili are returning for salaries slightly above the veteran's minimum. The Spurs win, again.

Wilson and the Seattle Seahawks agreed to a four-year, $87.5 million contract extension, which means the Super Bowl-winning quarterback is making as much money as Aaron Rodgers and has Ciara still on his elbow. Well done, Russell, well done.

We all love Nick Young because he does swaggy things all the time. During the world-famous Drew League playoffs in Los Angeles, Swaggy P dribbled halfway down the court, behind the back dribbled and pulled up from 30 feet for a game winner. All hail Nick Young.

Hamels ended his career in Philadelphia on the highest of notes by throwing a no-hitter against the Chicago Cubs in Wrigley Field. His reward? A chance to play on a contender as the Phillies traded their ace to the Texas Rangers a few days later. That's one heck of a way to make an exit.

63% of all sports fans still don't know that the Houston Astros are in the AL West. Okay, that statistic is made up, but the 'Stros are not only winning the division, but by landing Carlos Gomez via trade, they can ensure that everyone will know what division they're in by winning it and possibly making a run for the World Series. H-Town stand up.

Do you want to know who owns the summer? Rob Gronkowski owns the summer. The Gronk used the month of July to do the following: debut a new commercial with David Ortiz, go on a book tour with his critically acclaimed book "For Love of The Gronk," hang out with Steve Harvey on "Family Feud," rap on stage randomly in Savannah, Ga., and play flip cup on national television. That's how you do summer right, courtesy of The Gronk.

The Arizona Cardinals made history in July as their hire of Jen Welter marked the first female coaching hire in NFL history. Welter, the former linebacker for 14 years in the Indoor Football League, has been signed by the Cardinals as an assistant coach intern for training camp and the preseason to work with inside linebackers.

LOSERS: Who lost July? (Hint, not the Spurs) 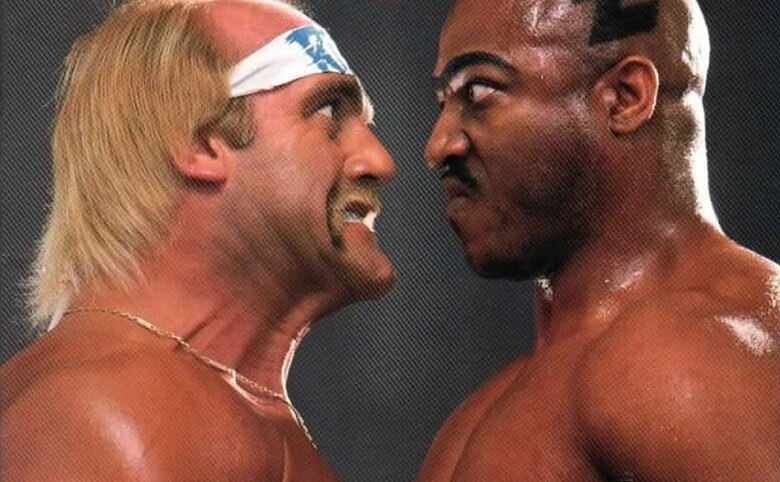 Who knew that a few random comments at the end of a sex tape could ruin everyone's childhood? Hulk Hogan's racist and insensitive comments regarding his daughter's relations with a black man lit the world on fire. The result? The WWE severed all ties with its most famous superstar of all time, putting Hogan's legacy into question. Here's a reminder, kids, don't say racist things, especially at the end of sex tapes.

Word on the street is the Dallas Mavericks owner was driving around Houston in search of DeAndre Jordan, as the free agent was locked in his own house by members of the Los Angeles Clippers so he could re-sign with them as soon as the free agent deadline was official. Jordan told Cuban he was "on a date," and he might've been lying. Cuban came off looking like a spoiled brat not getting what he wanted, and now his Mavericks look destined for the lottery next season.

Carmelo Anthony did what all captains of teams should do, as the New York Knicks forward attempted to reach out to the newly drafted Kristaps Porzingis. Things couldn’t have gone more awkwardly. Per Jason Rowan:

Upon receiving a text message that read, “Congrats, welcome to the team,” from a number he didn’t recognize, Porzingis responded, “Who’s this?” When a reply came back, it read, “This is Me7o,” a message that confirmed Anthony’s amusing insistence on substituting a “7” — his jersey number — for the “l” in his first name, something that perhaps could have led to even more confusion.

The two finally figured out who was who, but maybe Carmelo should've tried, "Hey Kristaps, this is Carmelo Anthony. Welcome to the Knicks."

Let's have a quick conversation about what JPP lost this summer.

How many fingers did JPP lose? Two.

How much money did JPP lose? The New York Giants rescinded their $60 million contract extension, and now JPP will play under the one-year franchise tag instead.

How much does JPP's ego and pride sting after this? A lot.

Let's hope JPP gets back to the form of one of the best defensive ends in the league, even without those fingers.

Elbow injuries happen. Struggling with your jump shot happens. Injuring your elbow and struggling how to shoot, and then blaming it on the use of the iPhone 6? Weak sauce, Matt Bonner, weak sauce.

Mick Fanning was out there minding his business, just trying to compete in a surfing competition in South Africa. Then, one of the most insane moments in sports happened. A shark appeared out of nowhere, right behind Fanning, and had the surfer dead to rights. Fanning somehow spotted the shark, kicked him in the face and escaped with his life.

Hey, shark, you failed man. You had your chance in front of millions and millions of people and you got owned by the surfer. Fail.

On July 28, New York Mets relief pitcher Jenrry Mejia was suspended 162 games by Major League Baseball for a second positive test for performance-enhancing drugs. Here's the thing, Mejia had just returned on July 7 after completing an 80-game PED suspension. It's time to retire, man. Give it up.

The Los Angeles Lakers are doing everything in their power to make their team better. They set up meetings with free agent LaMarcus Aldridge to woo him to the Lakers, only to have Kobe derail them by asking him how he felt about taking a "Pau Gasol" like role on the team. Ouch.

Then, when newly signed teammates Roy Hibbert, Lou Williams and Brandon Bass were asked if they'd heard from Kobe, nothing but awkwardness happened for what felt like an eternity.

Tiger Woods found himself struggling in the opening round of the 2015 British Open, and when he sat down with the press, he gave us this quote.

“I know some of you guys think I’m buried and done, but I’m still right here in front of you,” Woods said. “I’m still young. I’m not 40 yet. Retirement? I don’t have any AARP card yet, so I’m a ways from that.”

That quote led to the AARP to take a shot at him via Twitter. Ouch.

Ronda Rousey was the winner of the 2015 ESPY award for Best Fighter, beating out Floyd Mayweather in the process. However, Money May is a loser for July because after Rousey received her award on the red carpet, the UFC champion had something to say at Mayweather, whose history of domestic violence is well-documented. He's also acted like he has no idea who Rousey is.

"Look at that. I wonder how Floyd feels about being beat by a woman for once," Rousey said as she accepted the award. "Like to see you pretend not to know who I am now."

Because you probably shouldn't end the media guide with a three-word statement that includes two words that are NSFW.

The Philadelphia 76ers shared with the world that Joel Embiid, the No. 3 overall pick in the 2014 NBA Draft, will be out for the entire 2015-16 season due to another injury to his right foot. Sadly, Embiid broke the same right navicular bone in his foot that made him miss his entire rookie year. Let's hope we get a chance to see the former Kansas standout step onto an NBA court at least one time before his career ends.

The city of Philadelphia has had a hard month. Cole Hamels has been traded, Joel Embiid's already out for the 2015-16 season and now Philly's best current rapper got into a rap beef. Meek Mill's back-and-forth with Drake resulted with the Toronto emcee clapping back at Meek with two response songs, one of which included song art of Joe Carter's game-winning home run against the Philadelphia Phillies in the 1993 World Series. Meek Mill's response, less than stellar.