This is the portion of the show where you should all really tune out and ignore what I’m about to say. (What? The EIC of a internationally respected digital publication is telling me not to read? Yes, this is happening. Why? Because I’m about to talk about my fantasy football teams.) I have three fantasy football teams this year, which is probably three too many. However, all three are in playoff contention and I genuinely believe that I could win a title with all three teams. Yes, I’m sure you know someone (or it’s just you) who says that they’re a kingpin of fantasy football, but I’ve got three dominant squads on my hands, and there’s one thing I’ve noticed they’ve all got in common…

They all have players from the Cal Bears.

After reviewing my rosters, I noticed a trend. Rodgers…Marshawn…Vereen…Keenan Allen…Desean Jackson…C.J. Anderson? He went to Cal? Justin Forsett? He’s still in the league? The other guy named Rodgers (Richard) for the Packers who plays tight end also went to Cal? This has to be some joke, right?

It’s no joke at all. Cal’s been somehow slipping extraordinary offensive football players into the NFL under our very noses for quite some time now. After I noticed this anomaly, I asked the TSFJ family on what other schools could possibly beat Cal if Cal was a fantasy football team. Here’s what we shabbily came up with. As a disclaimer, we’re not analyzing what a team would look like completely, with a kicker and a defense/special teams unit. Why? Because you shouldn’t draft a kicker or a defense until the final two rounds, and if you did draft one of those two positions before the last two rounds, well….you deserve to lose in your fantasy football league.

When we re-do this list in 2015, Georgia probably makes the top three with Gurley hopefully recovering from ACL surgery.

Tough to put this squad in the honorable mentions, but when your quarterback is Charlie Whitehurst then this is just how life has to work. Even if you do have a beautiful mane of hair. Although there’s a real chance that Hopkins and Watkins could be real problems for the NFL very soon.

Unfortunately for Stanford, we have to wait until 2015 for Ty Montgomery to hit the league as a wide receiver, so the roster doesn’t quite work out as of yet. I wonder if the Pete Carroll would consider letting Richard Sherman get a few snaps at wide receiver again for the Seahawks…

This team probably would contend for a top spot if this roster was in a slightly different status. As it stands, Sam Bradford’s career is in flux with numerous injuries and Adrian Peterson’s in legal + Goodell hell until 2015. But, could you imagine this team if Bradford gets on a team who needs a QB (Washington maybe?) and if Peterson returns to get vengeance on everyone next season? Couple that with Demarco and the rise of Kenny Stills in New Orleans and this team could contend for the #1 spot….next year. (Also, someone tell Demarco to stop macking down the fiancee of his former OU teammate. Bad look bro.)

What’s shocking is that USC doesn’t have more players worth a damn on this roster. Carson Palmer would probably start here if healthy, but you could argue that the best skill position pro currently out of USC is a tight end I’d never heard of until he got to the Cleveland Browns. (Cameron.)

Yes, I know that Dwyane Bowe isn’t really a tight end, but have you seen the Kansas City Chiefs offense? He might catch more passes if he was lined up at tight end. LSU’s fantasy football squad is tailor-made for a few years down the line, as players like Mettenberger, Hill, ODB and Landry are all primed for stardom. Someone tell Bowe to eat a few more cheeseburgers and start playing on the offensive line.

The only thing that might derail this team in fantasy football is the fact that our RB2 is actually a fullback for the New Orleans Saints. Tennessee used to produce runningbacks constantly under Philip Fulmer, but nowadays Arian Foster is all that they have. However, with Foster, Peyton Manning, Cordarrelle Patterson and Jason Witten, that’s as fearsome of a foursome as you might find anywhere in the league. I’d pick Tennessee with the best roster if it weren’t for…

Here’s the scary thing about Cal’s ranking at No. 1, if Tony Gonzalez was coaxed into staying in the league for one more season, then Cal would win this challenge by a landslide. As it stands, Cal’s got the best quarterback in the world right now, the most feared runner in the league right now, and arguably the best wide receiver duo from one school in the league all on their squad. What’s fascinating is that Cal has produced some of the best talent on both sides of the football in the NFL, and yet that have done next to nothing in the last 10 years of college. So much talent coming out of a moribund and decrepit program like that makes no sense at all.

Who’s your choice for the best fantasy football college squad in the NFL? Let us know your thoughts in the comments section!

9 Replies to “Which College Football Program Would Produce The Best Fantasy Football Team?” 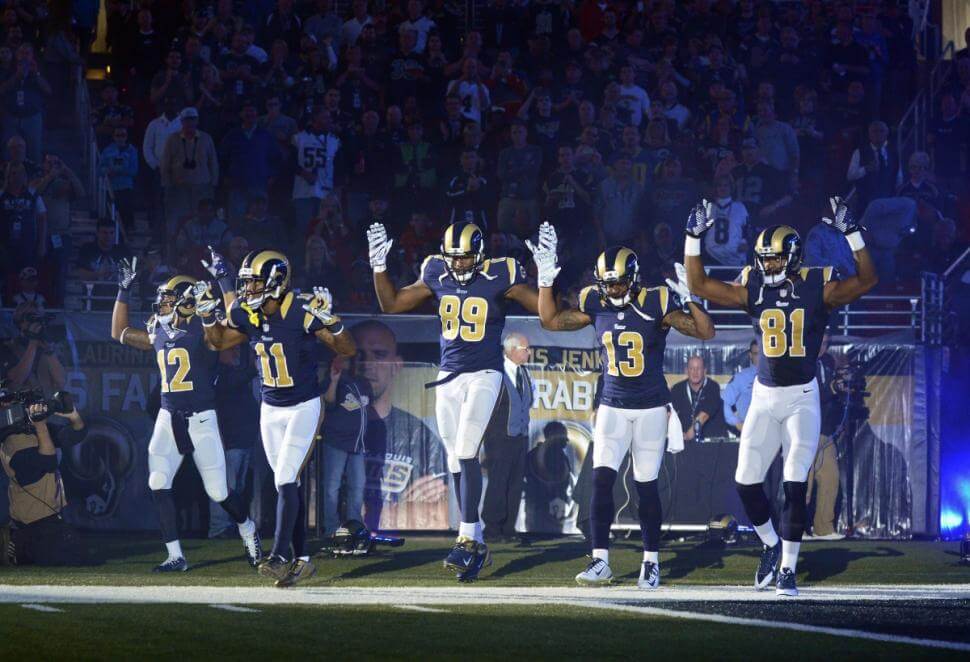 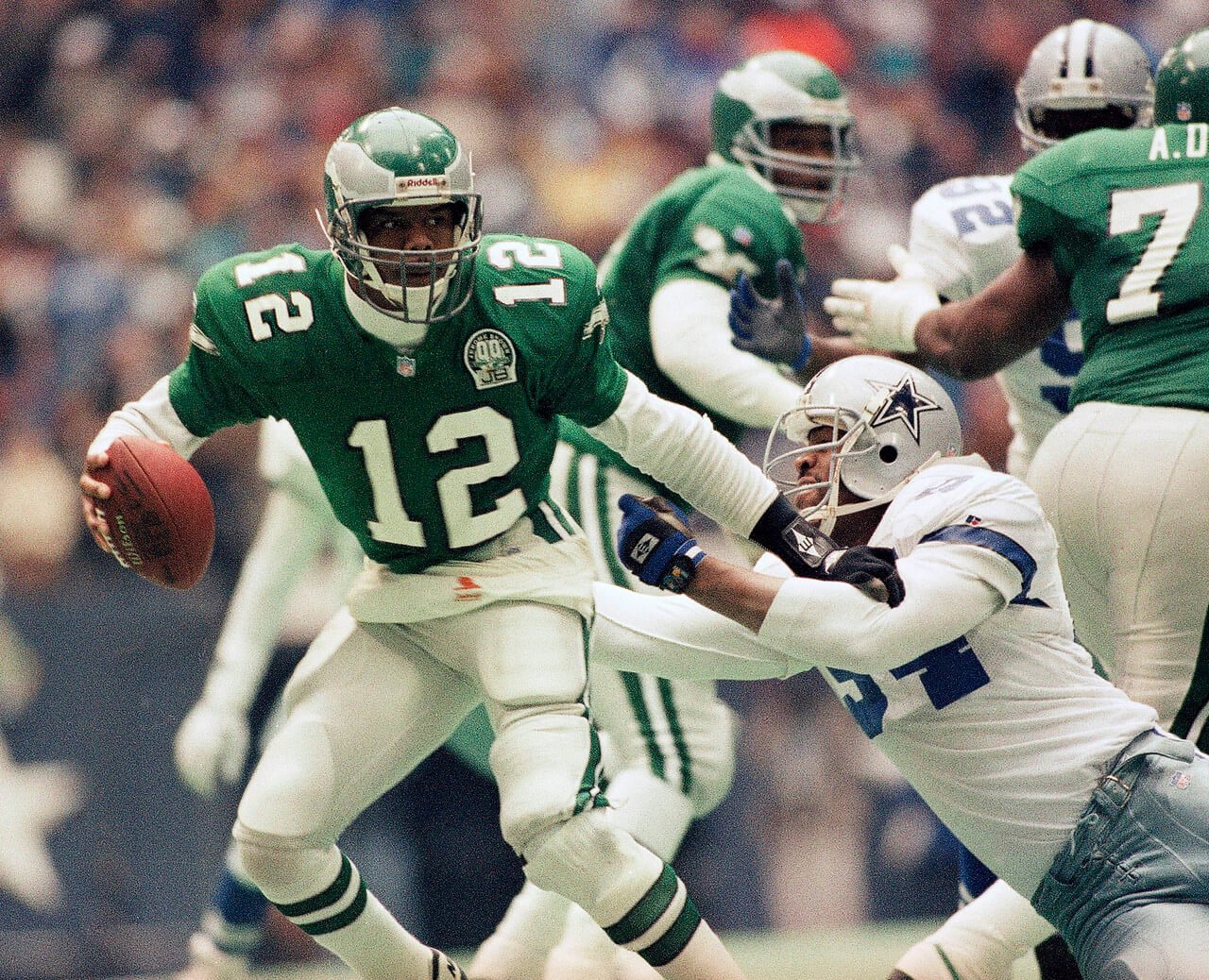