I can remember back in college when my buddies and I would waste hours and hours and hours of our lives playing Madden in the dorms. We used to get 6-8 guys together, we'd all pick franchises (I'd always pick the Chargers so I could wear the powder blue throwbacks), and then literally pick our entire teams in a fantasy draft. The competition to get the best players would be heated. Dudes would sacrifice their last packet of Ramen noodles to move up and take Michael Vick or LaDanian Tomlinson. My partner, Dave, would select the fastest team humanly possible (like always selecting Az-Zahir Hakim, Laveranues Coles or Deangelo Hall), and I remember that I'd always try to get tall receivers like Plaxico Burress or "Easy" Ed McCaffery (both were 6'6" and impossible to guard) and would load up on cover corners.

The point is we actually got to craft our team with our vision and no regard for anyone's current contract status and whether they actually wanted to play for our team. That's why video games are so great. You can live out dreams that would never come true.

But what if they did?

Here lies the inspiration for this article, courtesy of the official NBA twitter account. The question was asked, "if decertification of the Union occurs, will players' current contracts become void?" The response:

Excuse me while I pick up pieces of my brain. It exploded shortly after I read that tweet.

The implications from this could be large. Players who are awesome but are stuck in terrible situations (Chris Paul) could finally make the jump to a squad worth a damn. Young players who are stuck on rookie contracts (John Wall, Blake Griffin) could immediately get that big money they desire. Older players who swindled their owners (it's the owners fault anyway) for egregious contracts (Carlos Boozer, Rashard Lewis) would now lose all of their guaranteed money. It's enough to make your head explode again, and I think pieces of my brain are leaking out.

Of course, that quote above is just another example of the NBA and its owners putting a preemptive power move in front of the players. "Fine, you want to decertify? Cool, we'll just cancel all of your current guaranteed deals." It would be a free-for-all of sorts, and chaos would ensue. 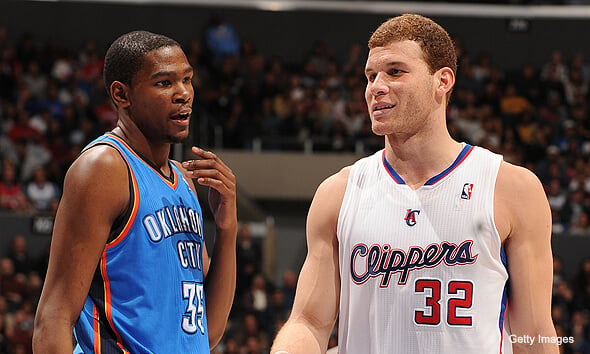 The interesting thing coming away from all of the NBA lockout issues is that small-market owners and financially unstable owners somehow have assumed "power" within their own owner's union. A hard cap? Revenue sharing? Egregious taxes? Why would Jerry Buss, Mark Cuban, Mickey Arison and James Dolan want a system like this? The owners less fortunate (somehow, that makes sense) are preaching competitive balance and the opportunity to operate their team financially in the black. To a degree, I can see the pros in this logic. However, the threat of voiding contracts seems like the most foolish threat ever.

So, when (and if) players were allowed to sign with teams, what would stop them from signing in Los Angeles, Miami, New York and any other large city that provides the big-city lifestyle and all of the benefits that come from living in a booming market?

Who's signing in Cleveland?

Good luck. What you would end up with an even more empowered group of players who would begin phase two of what LeBron started last summer with "The Decision." You might as well call this "Manifest Destiny" and let the players join forces with one another decide for who and where they'll play. Good luck trying to get competitive balance in the league then.

As much as I want the NBA back in my life, if the lockout stays down this path, I hope the NBA gets what they've been asking for. Chaos would ensue, and the rich would just get richer.

One Reply to “What If The NBA Voided The Players Contracts?”