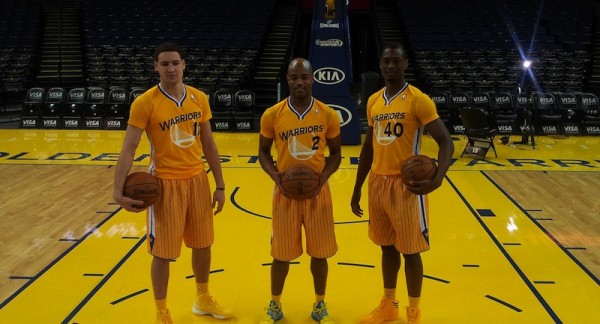 There are things that you will come across in life that when you first see/hear them, your senses are unpalatable to what you are experiencing. WTF. Yuck. Ick. Ugh. Yeesh. Nah. Yet, after a few trial periods, and your senses are now less overloaded, things now begin to come into focus. Your senses are now mature to the experience and are now able to appreciate things like nuance, subtlety and originality. The five things I just listed above are all things that I abhorred in one way, shape or form, and now ... I can't imagine NOT appreciating them constantly.*

So when the Golden State Warriors and adidas Hoops partnered together to create a new alternate uniform for the Bay Area's basketball team, they had to have known that this new idea for a uniform was going to take some getting used to. I mean ... it has ... sleeves? A few quotes from Monday's press conference at the Oracle Arena in Oakland, California, on the adidas/Warriors partnership:

"Players on every court like to have a unique sense of style. We were excited to work side-by-side for the last 18 months with the Warriors, one of the NBA's youngest and most exciting teams, to develop this unique uniform system that helps maintain peak player performance while ensuring comfort, fit and style." -- Lawrence Norman, vice president, adidas global basketball

"It's going to be hard for folks to embrace the new uniform at first, but in the long run I believe folks will take a liking to it." -- Harrison Barnes on the new Warriors alternate uniform

It's the experiment that will begin officially on February 22, as the Warriors will unveil their new uniforms with short sleeves vs. the San Antonio Spurs in front of a live audience on ESPN. So yes, America will get to see the lightest uniforms to date in the history of the Warriors organization, but also a uniform that takes a liking to the days of the 1940's and 1950's, where players were wearing heavy polyester shirts and satin shorts. This is the old school transcending its way back to the new school, except with fitted sleeves and pinstripe shorts with maximum ventilation. 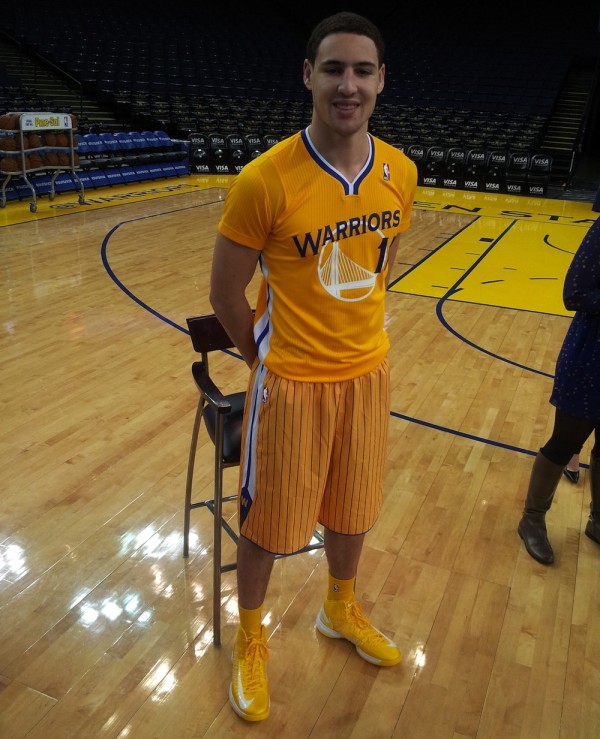 The reactions in the general public on the uniforms have been mixed thus far, with those who are not in favor speaking loudly against the latest uniform creation of the three stripes. Will the outcries last? They rarely do, but does that mean they're unwarranted? We'll find out, as America gets their eyeballs fixated on Golden State's newest uniforms next Friday.

*Breaking down the list. OKC Thunder: I thought the "Thunder" nickname was corny and lousy. Over time, the "rumbling bison" and the cultural connect with the buffalo and the state rang true to my heart. #ThunderUp. Nike AJ XVIII: I thought this was a hideous shoe in a successful run of three consecutive hideous offerings by Jordan Brand. Yet, over time I thought these are gorgeous shoes, and I coveted the white/blue colorways in the worst way possible. I've owned two pair in my life and worn them out. Scotch: Simply put, one of the greatest libations of all time. Always neat, always 12-years-old or better. Katy Perry: Damn she's fine. Curb Your Enthusiasm: I feel like everyone has that one series that they haven't seen but everyone keeps raving about how great it is. CYE was that show for me. All hail Larry David.