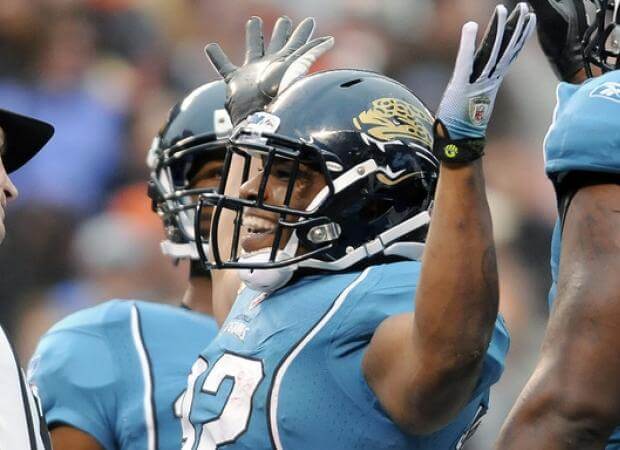 There are some things that will always be funny, and as hard as it is to try not to laugh, you will inevitably begin laughing, once the funny begins.

For me, watching Cleveland Cavaliers fans turn as angry as they did during "The Decision" and being as wounded as they were for the next 12 months was something that always brought a snicker out of me. They burned jerseys, cursed the man's name, talked bad about his mama and generally did things that their own mothers wouldn't approve of.

So when my Jacksonville Jaguars took on the Cleveland Browns in Cleveland this past Sunday, who knew I'd get one more snicker out of that fateful day back on July 8th, 2010? It came, courtesy of the bowling-ball phenom that is Maurice Jones-Drew.

Yes, my Jaguars lost to the Browns 14-10. Yes, Blaine "Sunshine" Gabbert makes my head hurt. Yes, Jack Del Rio must be fired immediately. None of that matters. Why? Because somehow, I still feel like I was victorious on that day. God bless MJD for the powder toss of glory.

2 Replies to “Video: Maurice Jones-Drew Goes "LeBron" on the Browns”