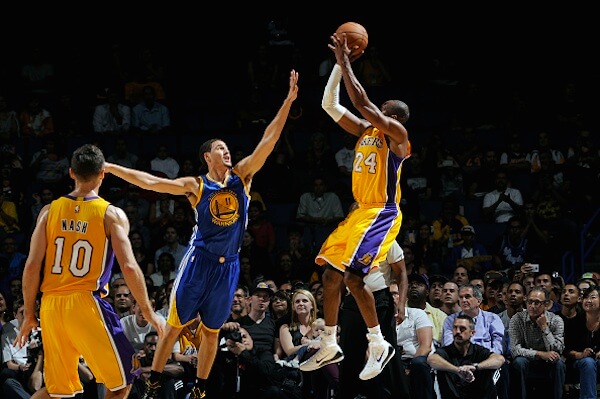 On this edition of The Versus Podcast, we're fortunate enough to have Marc Spears, NBA writer of Yahoo! Sports on with us. During the pod, Spears talks with the trio about the return of Kobe Bryant and the prospectus of 2014-15 Los Angeles Lakers.

"He's a smarter player and I think he's using his brain more than his body. He's like the guy at the playground, he used to be super nice, dunking on everybody, but he's not quite the same dude. But, he'll find a way to pick up all the players the other team doesn't want, and win. When you see him play now, when he used to finish at the rim and dunk, now he's dishing it off. I think he might finish in the top 10 in assists this year and will lead the Lakers in assists." -- Marc Spears on the return of Kobe Bryant this season

Also, we'll talk about his involvement in NBA 2K15 and how he can expect to get ridiculed to no end by real people on Twitter because of the fake things he does on a video game. Oh, and there's a chance that Spears was a double-double machine back in his day on the basketball court and was the second-coming of Rick Mahorn.

Stay tuned following the interview and Bonta and Ed introduce the intern to the people as Miss Alexandria Curtis joins the crew. The newly created three-(wo)man weave discusses playing video games a bit too much, and being single in the process. Also, we'll chat about Dwyane Wade and Chris Bosh not talking to LeBron James since the second decision. Thank you for supporting the movement, as we try to make some fun history together.

Hosted by Eddie Maisonet. Produced by Bonta Hill. Diversified by Alex Curtis. Created for the people.

Subscribe to The Versus Podcast on iTunes and Stitcher Radio.