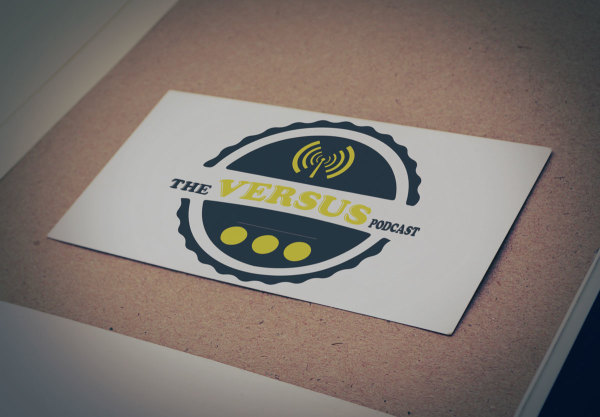 Hey guys, I started another podcast.

Here at The Sports Fan Journal, we've done podcasts in the past. Justin, Kenny, Brandon Lewis and I hosted 'The Unsportsmanlike Conduct Show' for four years, and it was one helluva ride. Currently, TSFJ's Jason Clinkscales hosts his own show called 'The Exchange' and TSFJ's Matt Whitener hosts 'Life From The Cheap Seats', and you need to subscribe to both of their shows immediately.

However, what this new project is all about is quite simple. We're going to make some fun history together, and we're asking that the people join us on the ride. This is The Versus Podcast.

The Versus Podcast is an ongoing series of dialogues with some of the most influential personalities today. Backed by The Sports Fan Journal, host Eddie Maisonet and producer Bonta Hill will go in-depth on sports, hip-hop, culture and personal backstory with our friends of the program. Support the movement, and let's make some fun history together.

During this project, you'll have the chance to get to know my Bay Area brother Bonta and witness how we interact with some of our favorite personalities within our ecosystem. So come on in, enjoy our pilot episode as we talk a good game with the homie Ethan Sherwood Strauss.

Ethan Strauss, NBA columnist for ESPN.com, talks with The Versus Podcast about judging folks before and after playing pickup basketball with them. Also, we discuss how Dion Waiters just might possibly derail the 2014-15 Cleveland Cavaliers and some of the greatest fast food restaurants of all-time. (Hint: It's a toss-up between Chick-Fil-A, Sonic and In-N-Out)

Stay tuned following the interview and Bonta and Ed talk about the silent shading of former Warriors head coach Mark Jackson and dealing with folks who aren't really interested in watching the big game. Thank you for supporting the movement, as we try to make some fun history together.

Hosted by Eddie Maisonet. Produced by Bonta Hill. Created for the people.

Subscribe to The Versus Podcast on iTunes and Stitcher Radio.