(Ed’s Note: Today’s Obituaries is a satire series that runs on The Sports Fan Journal and Ed The Sports Fan. Don’t be lame and get offended. Thanks.)

Every single player of the Michigan Wolverines, 4, passed away on the first day of 2013. Technically, the person in question was tailback Vincent Smith, but it might as well have been Denard Robinson, or any other player who wears locks in their head, because what transpired between the Wolverines and the South Carolina Gamecocks in the Outback Bowl easily made babies cry, women shriek and grown men quiver in their boots as another dreadlocked man wearing #7 in garnet and black decided that he was fed up.

Witnesses say Jadeveon Clowney, 19, was upset during the build-up of the Outback Bowl. You see, he was used to being the big name in lights of all the dreadlocked players in college football. No one had ever challenged Clowney's status as the dreadlocked boy wonder, and the phenom defensive end wasn't prepared to deal with someone stealing his thunder.

"Denard Robinson? Y'all call him Shoelace? For real?" -- Jadeveon Clowney

Clowney, seething with hate, was ready to commit a dreadlock-on-dreadlock crime that is dreaded in the dreadlock community. Time and time again he'd tried his damnedest to get to Robinson to no avail. Robinson, the former quarterback turned scatback/receiver had been chewing up the Gamecock defense, with his dreadlocks swishing from left to right. Yet, Clowney persisted, and midway through the second half Clowney had his breakthrough, or so he thought.

Michigan ran a lead draw play right up the middle and Clowney had his opening. Finally he would prove to the world that he was the TRUE Dreadlock Based God of college football.

Unfortunately, the ball-carrier was not Denard Robinson. Nope, it was some innocent bystander named Vincent Smith, who's soul was immediately sent to dreadlock heaven without any questions being asked. Sources say that Denard Robinson looked on with fear and immediately put his dreads in a bun to show the proper respect to Clowney's dreads. Clowney was appreciative of the humble Robinson, and they shook hands and peace was restored dreadlock-land.

Josh Cribbs apparently has setup a scholarship fund for all dreadlocked ball carriers who get mollywhopped and their dreadlocks apparently will make her dance. Please contact the organization's secretary, Marshawn Lynch, as they are only accepting rolled nickels. 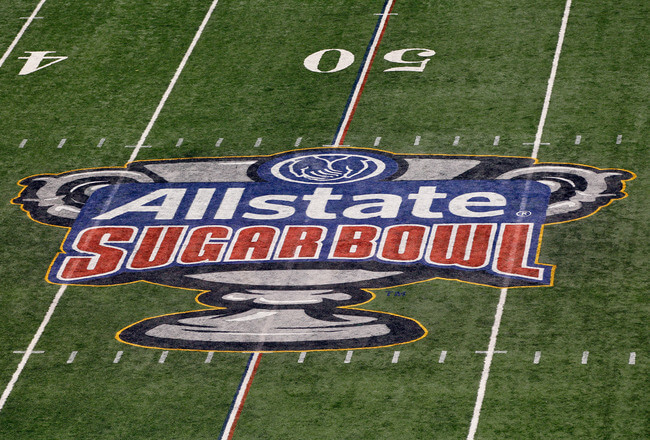 Bull City Why You Should Watch The Sugar Bowl: Because Someo…

Bull City Why You Should Watch The Orange Bowl: Hey, At Leas…
14