This past Sunday I decided to get started early on some spring cleaning in my house. You see, I’ve lived in my new place here in Oakland for about 6 months, and for those 6 months I’ve lived like a normal person in about 75% of my residence. See, I live in a 2-bedroom apartment, and I’d like to think it’s pretty dope. My bedroom is set up, kitchen/dining area is cool, the bathroom is respectable and my living room is my sanctuary for NBA League Pass, PlayStation 3 (soon to be 4) sessions and Netflix movie nights with a lady friend that I can convince to join me. But that second bedroom of mine? Good God Almighty.

A train wreck of epic proportions. I realized though that the biggest reason my second bedroom looked like someone threw a Bouncing Betty into the room and blew everything to smithereens is the fact that I had an insane amount of shoes strewn everywhere. I did a rough catalog of how many sneakers I actually had by brand, and I was slightly taken aback by my tabulation:

A couple of takeaways from my cataloging. One, I own ZERO Jordan’s that I wear in the rotation. (I have 5-6 pairs that served their purpose back in the day, but they’re headed to Goodwill I think.) Two, I own ZERO Reeboks. I figured I’d have a pair of Classics on ice or something, but alas I don’t. (Although I might have to go on ahead and pick some up.) Three, Nike/Converse makes up almost 75% of my sneaker collection. I’m not really sure how I feel about that. (Nike owns Converse, by the way.)

I bring all of that up to lead into a story of sorts that broke out in Miami (courtesy of the Palm Beach Post) about their favorite 2-time NBA Champion, Dwyane Wade, and a new nickname:

LeBron James was so amused by Dwyane Wade’s new self-proclaimed nickname that he dared Wade to reveal it to the media before doing so himself. “It’s ‘WOW,’ Way of Wade,” James said, referring to the slogan for Wade’s Li-Ning shoes. “I think it’s corny.” Wade, who discarded the “Flash” nickname two years ago, did not concur. Wow? “I’m taking it global!” he shouted.

The “Way of Wade/Li-Ning” promotion since Dwyane Wade left Jordan Brand has always felt forced and unnatural in my opinion. Where I thought there was a real opportunity to grow something organically, this “Way of Wade” is something that feels rushed, which is something that even Wade admitted in an interview recently. However, a part of me wants to give a brand that feels like an underdog a chance. I actually like a couple of Wade’s Li-Ning releases, and given the right price point, I’d probably try and make an acquisition. Yet, I can remember in times past where I also thought I wanted to try a different brand of kicks and for whatever reason I wasn’t able to pull the trigger. A couple of examples to share:

These are just three examples, but I could’ve brought up brands like Starbury and Spalding, who were at lower price points but I’d never consider actually buying. Or I could bring up other current new brands like Under Armour (with players like Brandon Jennings and DeAndre Jordan on the roster), Peak (who just signed Tony Parker) and Le Coq Sportif (a historic brand, with Joakim Noah signed on) who have recognizable faces and halfway decent shoes, but I’m still unwilling to pull the trigger.

What would make me pull the trigger? I have no idea.

I’m a quasi-sneakerhead. I’m not the sneaker sensei John Gotty or the sneaker nomad known as Sneaker Dave, where the knowledge and passion to seek out (or have the FedEx man seek you out for) sneakers is unparalleled, but I know what I like and have acquired a decent amount of my favorite kicks in my closet. I have deep-rooted relationships with some of my sneakers (Huaraches are in multitudes in my closet), and others have grown on me later in life (Air Max 90’s). Yet, I don’t have that relationship with Dwyane Wade, and I don’t have it with Li-Ning, so asking me to step out on faith and possibly drop $100 on some kicks is a difficult decision to make. I need a trial run or something …

… can I download them off the internet illegally and rock ’em for a few months and get back to you guys? Nah? Well damn.

3 Replies to “The Way Of Wade, Li-Ning And Giving Other Sneaker Brands A Chance”

The Way Of Wade, Li-Ning And Giving Other Sneaker Brands A Chance 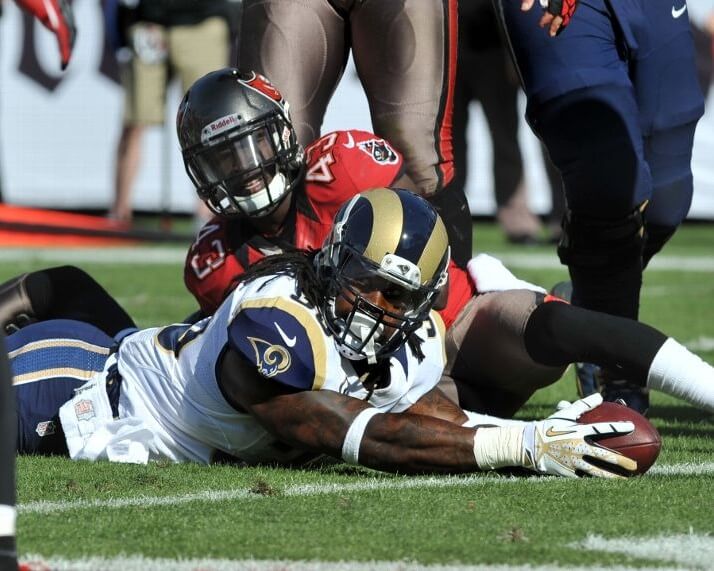 Basketball Taking A Leap Of Faith, As Depicted By James Harde…
3