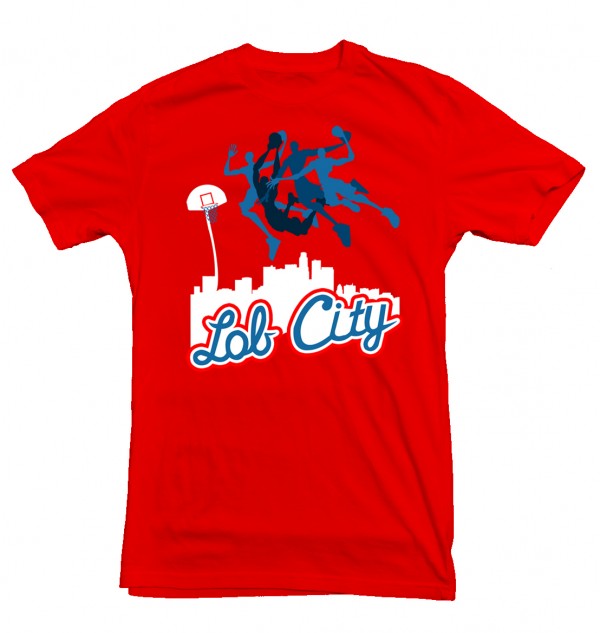 When there are iconic moments in people's lives, folks have a tendency to want to do something significant to represent them. Some folks might get a tattoo, thus leaving a permanent reminder of said moment. That might be good for some, but what we're presenting is in regards to the Chris Paul trade to the Los Angeles Clippers. You know, the Clippers? Yeah, the most cursed franchise maybe of all franchises in sports history? Yeah...a tattoo might be a bit much.

No offense to the tee-shirt that came out 24 hours prior, but we just might have something here that's just a bit better. Okay, a lot better.  Big ups to Biggs of UNKO for the collaborative opportunity with us at The Sportsfan Journal, as we present "The Lob City Clippers Tee". It's a shirt representative of two things:

One, the words uttered by Blake Griffin when news broke of the "CP3 to LAC" trade.

Two, the lobs thrown and the alley-oops dunked from one Chris Paul to the arsenal of dunkers like Blake Griffin and DeAndre Jordan. Let the rim rattling begin.

The shirt is available for pre-order starting at just $20, get your orders in now as the NBA season starts in nine days.