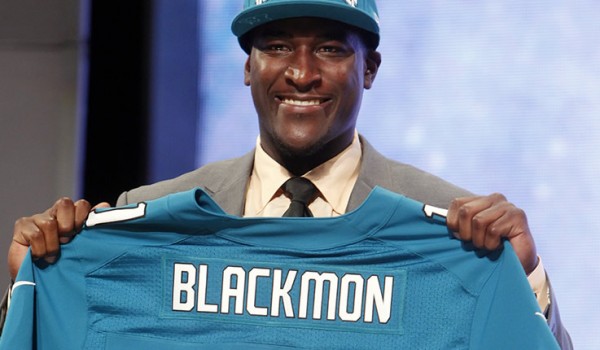 While everyone was abuzz with the top two selections in the 2012 NFL Draft with Andrew Luck's #12 Indianapolis Colts jersey already printed up and Robert Griffin III's socks already matching his Washington Redskins uniform, I was sitting on my couch eating Subway and proverbially "laying in the weeds." Why was I laying in the weeds? Because my Jacksonville Jaguars were sitting there with the number seven pick, and I genuinely had no idea who in the hell they were going to pick.

I'm not used to seeing my Jacksonville Jaguars with their "name in lights," so to speak. We're usually in the cut, plodding and waiting our turn to make the smart play. So when I heard that Tampa Bay had graciously allowed Jacksonville to move up two spots for the number five pick in the draft, I already knew what was about to happen. The two-time Biletnikoff Award winner was going to become the next member of the Jacksonville Jaguars organization. Excuse me while I do a little jig, two-step, and any other dance I can do with a broken leg.

Here are the three important things that happened in the first round of the draft.

1. Justin Blackmon steps in line to become the next Jimmy Smith - The Jacksonville Jaguars have not had a competent receiver worth a damn since the days of Jimmy Smith and Keenan McCardell. #82 and #87 were one of the best wide receiver tandems the league had in the late 90's and early 2000's, and ever since, they've moved on the Jaguars have had receivers like Reggie Williams, Matt Jones and Mike Sims-Walker flame out as quick as a black-and-mild. Blackmon will succeed for no other reason than he works has butt off. They don't just give away Biletnikoff awards, and the former Oklahoma State Cowboy wideout has two of them. Now if only the quarterback Blaine "Sunshine" Gabbert could just get the ball to him. 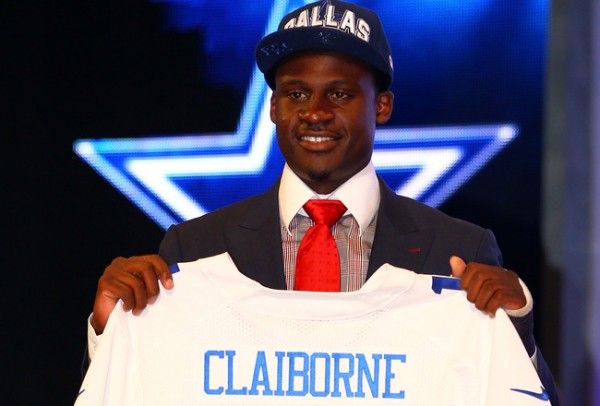 2. The Dallas Cowboys finally got them some new corners - When Jerry Jones plunked down $50 million on a cornerback from the Kansas City Chiefs that many had never heard of before, Cowboys fans didn't even care. Why? Because that signified that the tenure of Terence Newman was officially coming to an end, a.k.a. the most hated Dallas Cowboy of the last ten years. You'd think Cowboys fans would be more grateful to have a two-time Pro Bowl cornerback, but I digress. The Cowboys also traded up to get Morris Claiborne from LSU, the top cornerback in this year's draft, and now the Cowboys most beleaguered position can at least be upgraded from a positivity standpoint. Will they actually produce and be sound? Only time will tell.

3. The Cleveland Browns finally have a plan - Kudos to them for being aggressive and getting the players they wanted in Trent Richardson and Brandon Weeden. The Browns have some quality pieces in place, but have you ever actually tried to watch them on television? Goodness gracious. You don't need me to go Mel Kiper/Todd McShay on you to know that Richardson on day one is their best player on offense. With Weeden, it'll be interesting to see if the 28-year old can step in immediately and produce or if he'll end up being Chris Weinke 2.0. I wrote this up selfishly because I live in Ohio, and there are times that I am forced to watch this moribund and decrepit excuse of a football team, and I sometimes fall asleep in the process. These picks make me feel better about watching the Browns play.

Bonus:  Braids and Dreads must be back in style, but I didn't get the memo - We've always been aware of the "long hair, don't care" attitude of Robert Griffin III. However, when I saw Mark Barron, Stephon Gilmore and Dontari Poe all rocking the insanely long dreads (Gilmore) and well-manicured dreads in a bun (Poe), I was taken aback. Do you think a 28-year old blogger with a receding hair line and grey hair can pull off the Dontari Poe look? I'm going to give it a shot.