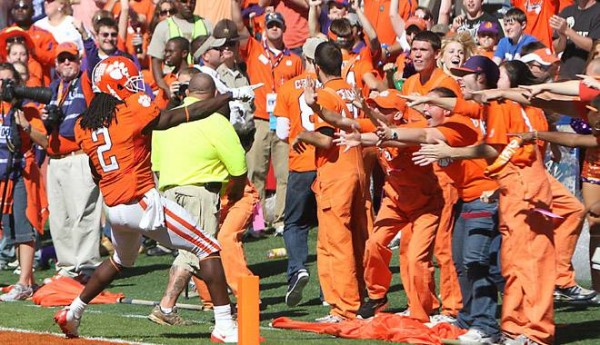 Over the past month you've probably seen numerous Preseason All-America Team lists produced by countless publications across these here internets. However, over the last four years, no one has meticulously been as biased, unremorseful and downright stubborn when it comes to putting together the definitive (yeah right) college football preseason All-American team as yours truly.

This is the the 2012-13 edition of the REAL college football preseason all-american team. Prepare to be happy, or mad, or just look at me in amazement as I put together who will thrive this college football season. 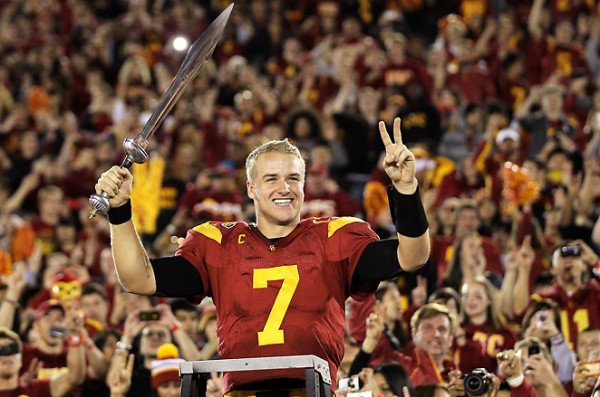 Matt Barkley assumes the mountaintop of Golden Boy Trojan quarterbacks that remind us of Carson Palmer, Matt Leinart, and Mark Sanchez. Barkley's résumé is full of accolades, but now USC's in a position to actually win games that matter. (Thank you, Reggie Bush.) Will Barkley crack under actual pressure to win a big game for USC? We'll find out, but I imagine whomever the QB is of the team that's undefeated at the end of the season will ultimately win this honor. 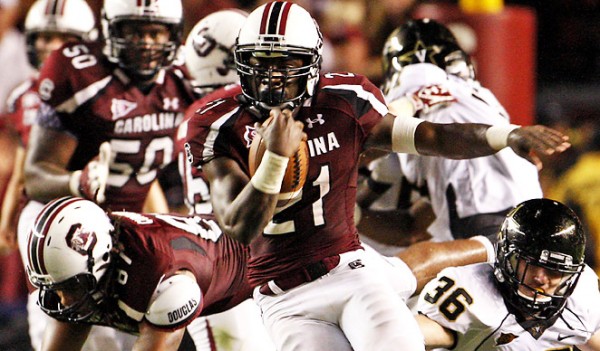 There about 15 runningbacks I legitimately considered giving this honor to, but what will ultimately decide who wins this honor is the amount of opportunities one gets. The Ole Ball Coach in Sawkerlina (South Carolina for you Yankees) has shown us that he's willing to give Marcus Lattimore 35-40 carries a game with no remorse, so if he stays healthy his numbers should be George Rogers-esque. (Look him up.)

Same goes for Montee Ball and Wisconsin, who plays some of the most boring-est football ever, but they run that rock. Ball surprised as a Heisman finalist, and if he's recovered from that fight last month then he should shine once again.

If I could, I'd just give this title to Sammie Watkins. Dude was the best wide receiver in football last year, and definitely the scariest. Every time he touched the rock it seemed he was going to score. Tahj Boyd's draft stock will thank Watkins in a few years when he somehow gets drafted in the 4th round. If Watkins can stay healthy, he might do even more in 2012.

Kenny Stills has a chance to step into an interesting spot with OU receivers, as past No. 1's like Mark Clayton, Malcolm Kelly, Juaquin Iglesias and Ryan Broyles have put up eye-popping numbers in that position, and Stills (and that egregious mohawk) is poised to do the same this year. The 'Stache to Stills will ring loud all season, I hope.

Not going to front, my hatred for Notre Dame wouldn't allow me to pick Tyler Eifert for the top spot. I'm rolling with Levine Toilolo because dude is 6'8" and making absurd catches like this one for Andrew Luck above in huge games. He's ready to break out in a major way in '12.

I've got to imagine blocking for Denard "Shoelace" Robinson is extremely difficult. The man's running around like a madman and decides to run or pass when he damn well pleases. Taylor Lewan gets the extra nod here because he's asked to do a ton for Big Blue.

Okay, I'm not gonna lie. I wanted to throw a random Shoelace highlight in here too. Sue me. 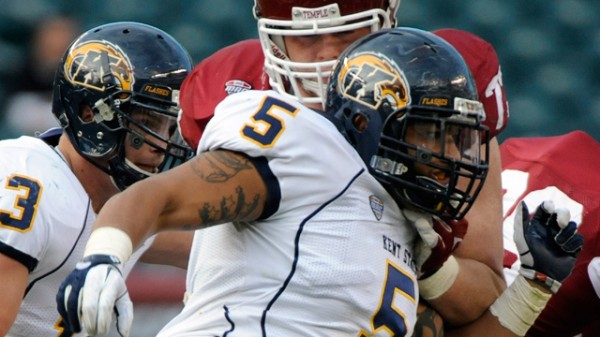 I'll let the good folks at NCAA.com learn you up on the homie Nix up in Kent:

Kent State’s Roosevelt Nix may not be a household name, but he does have one thing that makes opposing coaches follow him: a nose for the ball. In his first two years on the gridiron Nix has 37.0 tackles in 24 games, the top returning number in the FBS ranks this fall. He also has forced seven fumbles and blocked two kicks to date. 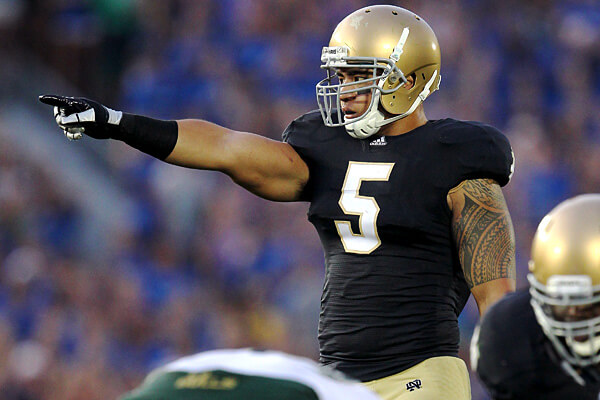 Okay, I'll lift my ban on Notre Dame appreciation for Te'o. In my mind, I want this dude to be the next Junior Seau, and not because he's a Pacific Islander. Every time I watch Notre Dame, he's smacking somebody. If Notre Dame ever wants to get "nasty," then it's because of him. Not because some dumbass wants some "criminals" on the field for the Fighting Irish. 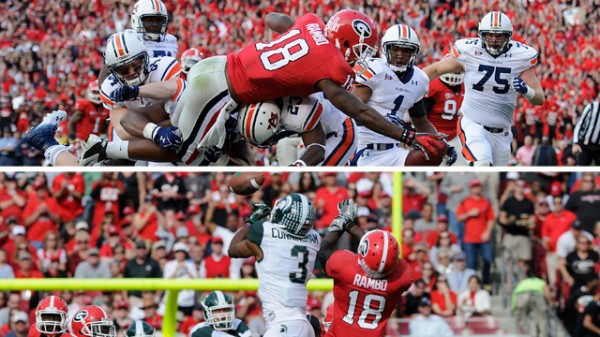 It sucks that Bacarri Rambo will be suspended for the first two games of the season, including a big game against SEC newcomer Missouri. There isn't a better safety in college football than the man with the coolest last name. Rambo is a ball hawk in the first degree, 8 interceptions last year prove that, but the man lays the wood too. Hopefully he can get back in time for the Dawgs as that defense needs him as their anchor.

There are some that believe that Kenjon Barner and De'Anthony Thomas should get higher consideration for All-American honors at tailback, but it's just not happening. Are they phenomenal talents? No question. Will they be rocking fly ass uniforms again? Of course. Will they get the touches to produce? I doubt it. While Barner will get the slightly heavier load toting the rock, Thomas a.k.a. "The Black Mamba" dubbed by Snoop Dogg, will shine in his return duties. If Oregon figures out their QB situation … look out.

LET THE DEBATE BEGIN! Who'd I leave off and overlook? Who's going to win the Heisman in 2012? Comments section, commence to cook.