The fear of the unknown is very real. The fear of the truth is something Jack Nicholson told us that we couldn't handle. When ESPN decided to bless the masses with its own original drama series titled "Playmakers," it became a little too real. Playmakers, now 10 years old, gave us a behind-the-scenes look at the Cougars, a fictional professional football team located in Parts Unknown, USA. With 11 episodes laid down for the first season, Playmakers would become the highest rated show on ESPN outside of Saturday college football and Sunday Night Football, and a large segment of sports fans were hooked …

… and that's when the National Football League said enough was enough.

What ESPN had done was put America on notice to what could be the true reality that takes place behind the doors of an NFL locker room. Things that were only talked about behind closed doors, at barbershops or during late-night drinking sessions were now being broadcasted into millions and millions of homes with cable. Eyes were opened, and seeing this vivid of a portrayal only opened up the dialogue for more questions. The NFL wasn't having any of that, and with a polite (egregious) nudge, Playmakers was eviscerated, never to be seen again.

However, while many of you were popping fireworks, drinking delicious alcoholic beverages and grilling the fine delicacy which is animal flesh, I began preparing for my fantasy football mock drafts and watched all 11 episodes of Playmakers during the four-day weekend. And guess what, there are five things that took place in the show 10 years ago that actually happened in real life. Here are the five reasons why the NFL was so afraid of ESPN's Playmakers — because it predicted the future.

Other pages you may enjoy:

What Happend In Playmakers: Thad Guerwitcz is the #1 wide receiver on the Cougars, who is hilariously wearing #83, like everyone's favorite wideout Wes Welker, and is known as being white buzzword guy. You know, "heady" and "gutty" and "a hard worker" and things like that. Anyway, this guy was outed as a homosexual by his gay lover, who somehow shows up to practice and announces to the team that Guerwitcz is gay. On the same day, Guerwitcz is named to the "all-star team" and asked by his owner to be placed on injured reserve, thus to save face for the organization for him coming out of the closet.

What Happened In Real Life: In the last 12 months, we've seen Robbie Rogers of the MLS, Wade Davis of the NFL and Jason Collins of the NBA all "come out" to the public. With the coming out of each player, the media buzz has seemed to get bigger and bigger due to the notoriety of said player. There's a 78% chance you'd never heard of any of those guys until they announced they were homosexual, and the perception is that this issue will never seem real until a high-profile player comes out.

What fascinated me in Playmakers is that the player was deemed an all-star and yet the organization wanted no parts of his media circus and possible negative publicity. However, this show was made 10 years ago, before social media and gay rights activism/support were at the levels they are today. If a prolific player came out in 2013, he would be propped up, celebrated (and chided) and the organization would probably support him 99% of the way. 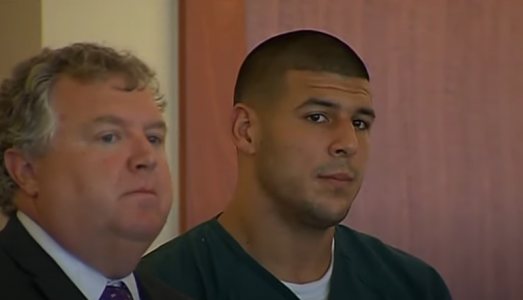 An Athlete Would Have His Hands In A Murder Investigation

What Happend In Playmakers: Demetrius "DH" Harris (played by Omar Gooding, who has convinced me that his time as a member of "Wild and Crazy Kids" was a hoax, and that he's a complete goon in real life) was at the club with his boys. A fanboy was taunting DH in the club, and his boys encouraged him to leave the area. Later on, while DH was getting to know the people, an altercation broke out and said fanboy was killed in the alley. Yep, happens at your local nightlife establishment all the time.

What Happened In Real Life: I don't really have to lay this one out too much, but that Aaron Hernandez fella probably fits the bill here.

A NFL Head Coach Would Come Down With Cancer

What Happend In Playmakers: During the beginning of the season, the Cougars' head coach begins pissing blood. While many would deem this as a serious issue, the head coach is in a state of denial claiming it as nothing. Through peer pressure and other arising health issues, the coach goes to the doctor. He is diagnosed with prostate cancer. A passionate speech ensues, letting his team know directly that he does have cancer.

What Happened In Real Life: There was this thing last season called #ChuckStrong that took over the Indianapolis Colts season that proved to be inspirational and eye-opening. Chuck Pagano laid out in detail how he, too, delayed his inevitable by shrugging off symptoms of the cancer taking over his body. In late September, Pagano finally was diagnosed with a curable form of leukemia and had to temporarily step down from his head coaching position. He would return, a passionate speech would ensue, and some would say that the Colts drew inspiration from their head coach as they forged their way into the playoffs.

Makes you wonder how many things don't get diagnosed because folks associated with football are so busy being "tough guys." 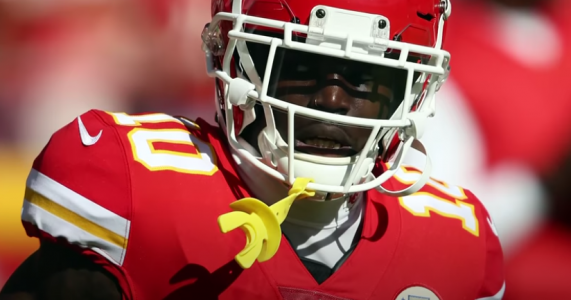 - An over-the-age of 30 running back Leon Taylor looks to get a boost on his career by taking steroids from an offensive lineman named "Guard Dog." Yes, I have two people named Guard Dog in my cell phone too, thanks for asking.

- Linebacker Trent King takes erectile dysfunction drugs because he used to take steroids and his game in the sheets needed the extra assistance. Trust me, just click the link because he is low-key one of the most hilarious people on the entire show.

- Although the team doctor says that his kidneys could possibly fail, quarterback Derek McConnell pops anti-inflammatories to deal with candy.

- If you ever wanted a list to see all the players ever suspended for use of PED's, Wikipedia's got you covered. (Note: 10 players have been suspended this year alone.)

- DH has nothing, and I mean nothing, on Sam Hurd. Quote the headline from Deadspin: "Sam Hurd Was A 'Top Drug Dealer' In City And Dealt To Fellow Players, Reports Chicago Radio Station."

- I'm pretty sure there are a few players in the NFL who use Viagra or Cialis, but the pill of choice these days seems to be Adderall. Word up to the greatest duo of cornerbacks in the NFL in Seahawks DB's Richard Sherman and Brandon Browner. 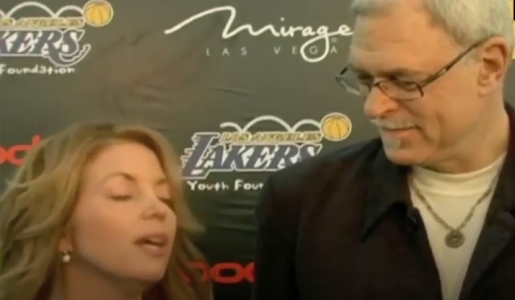 The Face Of The Franchise Dates The Owner's Daughter

What Happend In Playmakers: QB Derek McConnell bets his offensive lineman that he can get at the owner's daughter. He actually fails miserably and surprisingly reminds me of what I'd expect Philip Rivers to be like in real life. Okay, he does eventually "make relations" with the owner's daughter, but whatever.

What Happened In Real Life: Okay, so this didn't happen in football … but in basketball, Phil Jackson ended up getting with Dr. Jerry Buss' daughter Jeanie. You know, the one who used to used to pose for Playboy? You know, the one who really holds all the power of the Lakers' organization, not the petulant brother Jimmy? You know, the woman who lets Philly smoke his weed, practice his zen and take treks in the mountains whenever he damn well pleases? Yeah, her. Ladies, take notes.

21 Replies to “The 5 Reasons Why ESPN Had To Pull Playmakers: Because It Predicted The Future”