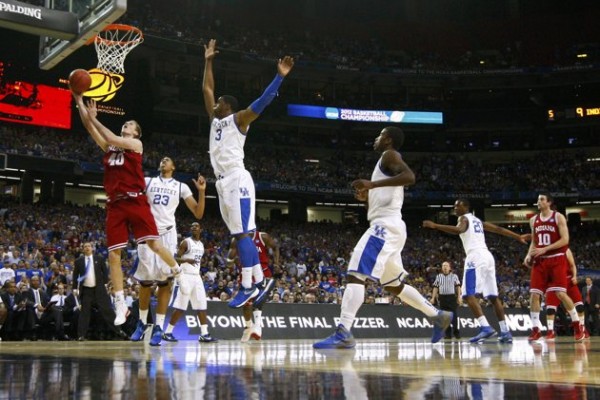 The Four-Point Play has been a staple of ours from back in the ETSF days, so its time to bring it back out on TSFJ.  Here are four points from the festivities here at the NCAA tournament's South Regional semifinal in Atlanta. The Georgia Dome was cranking, the atmosphere was live, Baylor survived and Kentucky put on a performance of the ages. Before I go see what’s popping on Peachtree Boulevard. Read up and discuss.

1. Can Baylor play a full 40 minutes of basketball?

Yes, Baylor beat Xavier 75-70 to advance to the Elite 8 for the second time in three years. However, I’ll always feel like if Quincy Acy didn’t play the game of his life (20 points, 15 rebounds) I can’t help but to think that Baylor’s road would’ve ended on Friday night. That’s not to take anything away from the team, because for many stretches of the game the Bears looked like one of the elite teams in America. Of course, that’s the problem, its only in stretches.

After watching Indiana and Kentucky beat up on each other, its clear that its a different brand of ball at the top of the college basketball mountain. Baylor’s never handled the upper echelon well this season, losing all four contests to Kansas and Missouri as more proof. Its not that Baylor can’t hang, moreso they’ve just got to get out of their own way and play a complete game. I’m not sure if Scott Drew’s capable of getting his guys to do that, I haven’t seen it all season. 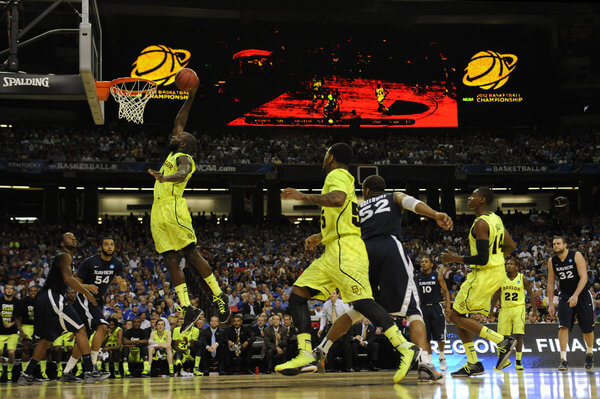 Tu Holloway and Kenny Frease will have finished their careers by taking their teams to three Sweet 16’s in four years. A 3rd-team All-American and A-10 Player of the Year will forever sit on the mantle of Holloway, and Frease will have changed in ways that no one would’ve imagined after being 290+ pounds as a Freshman into a fringe NBA prospect. Many will remember what happened with these two on the night of December 10th, but they ended their careers with a fight, a fight that any supporter would be proud of. Words by Tu Holloway on the end of his season and X’s future:

“I told the guys in the locker room that I’m really happy. After everything we’ve been through this season, everyone counted us out. People said we weren’t going to make the tournament and we made it here. This isn’t the end of the road for a guy like Mark Lyons, who’s going to be someone to lead the team next year.”

3. Kentucky and Indiana need to play each other every year

Their game in December was arguably one of the two best games of the season (the best being Kentucky vs. North Carolina at Rupp) and this clash in the Sweet 16 provided just as much action, drama, chaos and comedy that anyone could ask for in a sequel.

The fans came out en masse, the players all played their A-games (with maybe the exception of America’s best player, Anthony Davis) and the atmosphere in the Georgia Dome was a raucous occasion for all to enjoy. Indiana might’ve lost the rematch, but the memory will stay fresh in the mind. Well, if “One Shining Moment” has anything to say about it.

4. Kentucky put up triple-digits on a legitimate opponent, that’s not supposed to happen

The Kentucky Wildcats scored 102 in a tournament game versus a No. 4 seed that finished as the 17th ranked team in the country at the end of the regular season. That just doesn’t happen everyday, especially when you factor in that the team’s best player, Anthony Davis, was the sixth-leading scorer. Yep, the potential national player of the year and No. 1 pick in the 2012 NBA draft was held to 9 points and his team scored 102. Easily.

Michael Kidd-Gilchrist was a man possessed, grabbing boards liked his life depended on it. Doron Lamb shot the lights out and got to the line whenever he pleased. Darius Miller played like the senior the Wildcats have relied on all season. Marquis Teague might’ve made it tough for him not to consider going to the draft as well, and Terrence Jones didn’t even get in the game for the critical moments of the second half. Seriously, I’ve never seen an offensive performance like what I witnessed in the Georgia Dome on Friday night. Indiana would’ve been any other team in the country with the way they played, but that’s how good Kentucky was on Friday night.