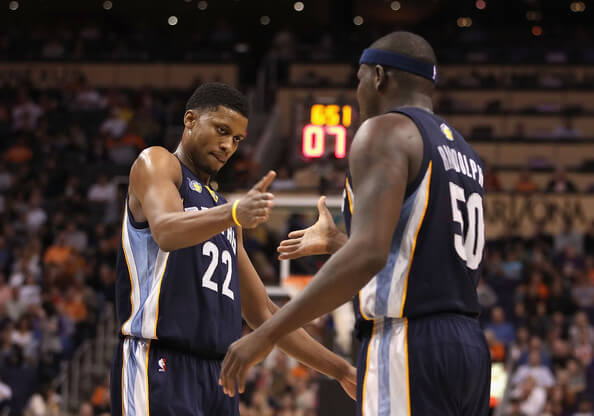 You remember back in high school when there was always that one kid who was cool with a lot of people? Everyone knew not to mess with him though because, for whatever reason, he just had "don't fuck with me" written on his forehead. The entire school knew it without even saying a word. Well, yeah, that was until someone actually did and proceeded to have the Hands of God laid upon him. In a roundabout sense, this represents the 2012-2013 Memphis Grizzlies. They're young (for the most part), rugged and as the great Negro leader Tupac Shakur eloquently once said in his first acting gig, Juice, they simply "don't give a fuck."

Hence this being the reason Ed and I are penning this beautiful piece of American literature. We were humbled. In the same week. In two games that really weren't even close. Ed's favorite team - the Oklahoma City Thunder - fell victim to the traveling band of goons from Memphis Wednesday night 107-97 in a game that never really saw Kevin Durant (the second best player in the league), Russell Westbrook  and company make it a game in the second half. This past Sunday, the Griz mollywhopped Miami - led by the best player on the planet - to the tune (pun intended) of 104-86.

So yeah, Memphis beat the hell out of the two teams left standing last June and did it in a fashion where neither one of us could say, "Yeah, but ..." No one's proclaiming Memphis finishes the season 81-1, nor are we saying they finish as the top seed. But the message has been heard loud and clear even before Thanksgiving turkeys began being seasoned. Memphis is here. And the entire league best take notice. The following pages represent five reasons Ed and I believe why you should be afraid of this Memphis team. Very effing afraid. 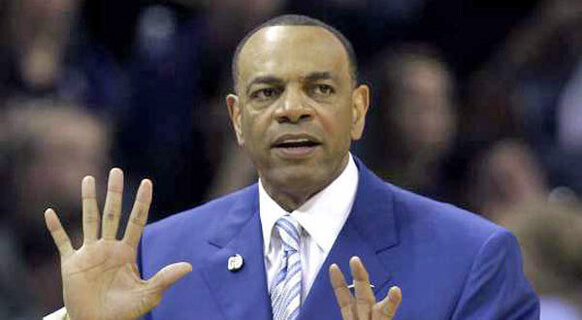 1. Lionel Hollins Is A Buffet Spread Of Mystery (Tins)

Look at this brother here, why don't ya? First and foremost, the particulars. Lionel was a pretty good player in his own right (11.6 PPG for his career) and a member of that 1976-77 Portland Trail Blazers team that won the title and everyone expected to blossom into a dynasty but never did. For what it's worth, too, Coach Hollins seems like an all-around awesome guy and a coach I'd love to play for, you know, if I was freakishly athletic.

Now, why exactly should you fear the guy? Because, like the point says, the man is a buffet spread of mystery. Or intrigue. Something along those lines.

1. The 59-year-old Hollins just gives off the aura of old man strength in him. Almost like if push came to shove and Metta World People's Elbow Peace actually stepped to him he would more than hold his own. Shit, there's a good chance he'd put Metta in some sleeper hold only 57 people in America can successfully pull off. Don't mess with Coach Hollins, bro. Just trust me on this.

2. The man looks like he wears golden clips everywhere. On his tie. On his suit jacket. Holding his wallet. You never, ever, under any circumstances challenge a man with a surplus of golden clips at his disposal.

3. I'm pretty sure he's a platinum member of the Steve Harvey Suit Collection club. As a matter of fact, I'm 83.7% sure of this.

I'm just going to throw up a few stat lines real quick of Rudy Gay versus two players that are unequivocally the best players in the league, and who just so happen to play Gay's position.

It wasn't just the fact that the Memphis Grizzlies won the games, or the fact that Rudy Gay put up impressive stat lines, but it's more the fact that neither game ever were really in doubt. Memphis curb-stomped Miami and Oklahoma City in the span of 72 hours, and Rudy Gay was THE reason they won those games.

Ever since his days at Connecticut, we've always seen the flashes of extreme talent and brilliance. 6'8", 230 pounds and there's literally nothing Gay can't do on the court. Yet, it always felt like he was holding back. Reminded me of Rasheed Wallace in his prime years with the Blazers. It's obvious he's the best player on the team, but it's like he doesn't want that responsibility.

Rudy Gay's only 26 years old and is just getting to his prime. If he wants that "elite" status, the opportunity is right in front of him ... and if he does, (Houston) we have a problem. 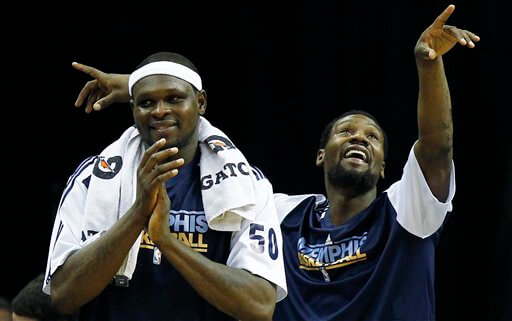 3. They Could Beat Your Favorite Team In A Street Fight (Tins)

We all saw Kendrick Perkins and Zach Randolph damn near get into it towards the end of Wednesday night's game. Supposedly, they almost met at the bus following the game. My response to this? To quote my good friend Eddie Maisonet, "Zach Randolph is the scariest motherfucker alive." There's not much doubt in my mind Perkins could hold his own in a fist fight as I'm sure he's done multiple times in his life (plus, it's not like he's adding much from an on-court perspective at the moment).

But let's just say Zach and Perk did square up outside the bus with their teammates around. And let's just say every member of security personnel got locked in the arena - think the movie Parent Trap. There is no way in hell OKC would have walked out of that street fight alive. Z-Bo would've had Rudy Gay (looks like he has a mean jab), Tony Allen (allegedly tried to fight the whole Langston University football team once when he was at Oklahoma State), Marreese Speights (looks like he eats raw meat), Jerryd Bayless (recently shaved his head so all inhibitions have flown out of the window), Quincy Pondexter (he'd whoop your ass mainly because you don't think a guy named Quincy could whoop your ass) and Marc Gasol (because if he lost a fight the Gasol name in the NBA would be tarnished forever).

See? OKC would've gotten demolished - like that scene from Stepbrothers when Brennan and Dale were jumped by the kids at the schoolyard.

There are players who could hold their own - Reggie Evans, DeMarcus Cousins and Ivan Johnson - but there isn't a squad in the league who wants to truly squad up with Memphis. You know that. I know that. The league knows that. 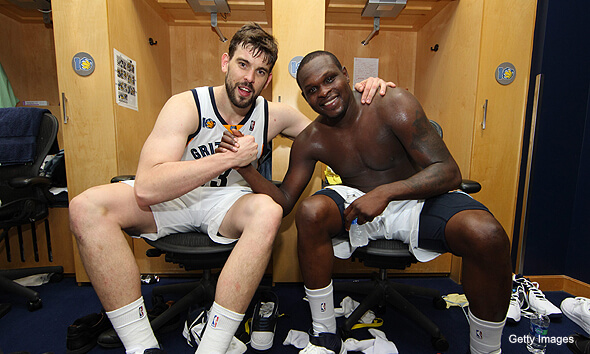 4. Zach Randolph and Marc Gasol Are The Best Big Man Duo In The NBA (Ed)

They have every single skill set I'd ever want in my power forward and center. If one big has a deficiency, the other one makes up for it. Both are elite rebounders and have deft shooting touches. One is a better rim defender and passer while the other has a post game and a goon mentality. While neither are athletic, they make up for it by utter completeness on the court.

But, you read that title up there ... best big man duo in the league? For real, Ed? It's not even close.

You can hit me with the Dwight Howard/Pau Gasol argument if you want, but that combo hasn't shown itself capable of having a .500 record yet. You should be shaking in your Nikes when Z-Bo and Marc come into town. 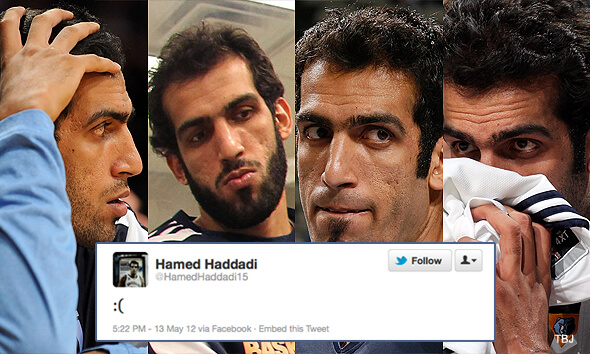 
My mentor JAG always has something to say to me when anyone from The Ohio State University does anything in a splendid fashion. Besides Terrelle Pryor, the man toots the horn for Mike Conley more than anyone I know. In fairness, Conley does everything on the court that the Grizzlies need him to do. He defends, he rebounds, he shoots and he defers. Most importantly, he's not afraid and it shows when he's on the court.

Plus, they got Jerryd Bayless, who cut that struggle off his head and is rocking a baldie. Tony Allen is on the squad, the same Tony Allen who once while in school at Oklahoma State came to my university (Langston U.) and tried to squad up with multiple football players and lived to tell about it.* Marreese Speights gets buckets in bunches, and they've got Hamed Haddadi ... the Iranian bearded big man who tweets sad faces when his team loses.

What more could you want from your role players? 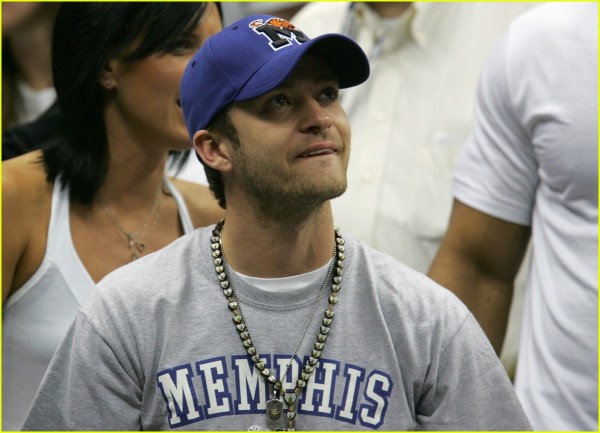 Bonus: Maybe If The Griz Make The Finals, We'll Get A New Justin Timberlake Album (Tins)

OK, this isn't a reason to "fear" the Grizzlies, but think about it in this manner.

Problem - Justin Timberlake is batting 1.000 with albums. Justified and FutureSex/LoveSounds are unequivocal, bona fide classic albums. But, like Andre 3000, he refuses to get in the studio and bless us with another project.

Problem - Maybe he is still ailing from Derrick Rose, Chris Douglas-Roberts, John Calipari and the Memphis Tigers from nutting up at the free throw line in the 2008 National Championship game vs. Kansas.

Resolution - The Memphis Grizzlies - using fuel from their last two seven-game playoff exits (vs. OKC in '11 and vs. LAC in '12) - weave their way to the NBA Finals. So ecstatic of the news, Timberlake immediately begins recording a new album.