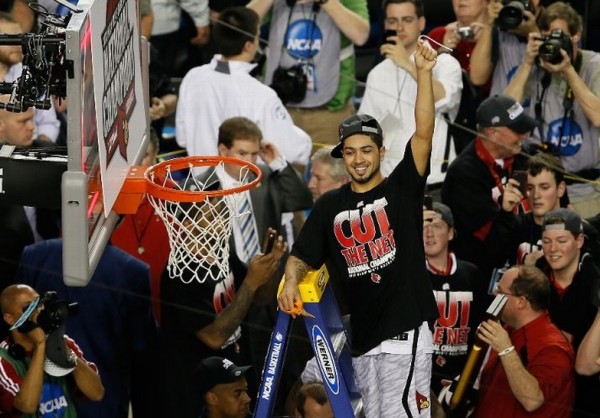 I went with a few of my fraternity brothers up to a bar to watch the national championship between Louisville and Michigan. Usually with big games I like to stay at home, be close to my selection of free libation, not have to wait in line to use the got damned bathroom and to be able to watch the game in peace. However, sometimes watching the big game with the people is a good thing. As we sat down in our seats, everyone seemed to want to know who I was pulling for in the title game, and truthfully I hadn’t even thought about choosing a winner. I stammered through an answer that in short was:

“I’m not pulling for anyone…uhhh, I just want to watch a good game…where’s my beer…I think I want Michigan slightly more than Louisville….chicken wings, HOORAY!”

What was amazing though is that I think the patrons in the bar reflected my feelings towards the game. There was equal cheering for both teams, along with an admiration for what we were watching. Thanks Grand Oaks for the delicious chicken wings, they were oh so yummy.

Here are the 10 things I learned while watching Louisville claim their 3rd national championship in an 82-76 win over Michigan. Learning is cool.

I now remember what quality college basketball looks like again: Before Monday night, I can honestly say that the last two quality college basketball game I watched was the Indiana vs. Kentucky rematch in the Sweet 16 of last year’s NCAA tournament and North Carolina vs. Kentucky in a non-conference matchup in Lexington. I’m not saying there haven’t been good, competitive games….but what we saw tonight was exquisite basketball. The coaching, talent, sheer athleticism and the atmosphere were all right, and I’m glad I was able to witness it.

That referees really can be Captain Killjoys: I’m not going to say that the referees were good or bad during Monday night’s national championship game, but what I will say is I’ll never forgive the man who called a foul when Peyton Siva and Trey Burke decided to rendezvous at the rim. Siva’s guile and quickness in seeking the ball and fast breaking was only matched by Burke’s guts and athleticism. It was a block, the ref called a foul, and I cussed for five minutes. Got damn.

Trey Burke is indeed the best player in the world: And it wasn’t even close.

Everything could use a little more seasoning: It probably wasn’t more than 4-5 plays in the game, but playing with poise can make the difference between crying tears of sadness versus tears of joy. Michigan’s starting lineup consisted of 3 freshmen, 1 sophomore and 1 junior. Louisville’s starting lineup consisted of 2 sophomores, 2 juniors and 1 senior. Always add more seasoning.

Gorgui Dieng will have a long NBA career: You probably wouldn’t notice Dieng’s stat line at first glance, but his 8 points, 8 rebounds, 6 assists and 3 blocks were essential to Louisville’s success. He scored when needed, he held down the paint and his  facilitation was exceptional. He’s 6’11” and 245 pounds and I guarantee he’ll play 10+ seasons in The Association.

Mitch McGary actually played in the game: I didn’t notice at first, but again the box score reminded me that the man actually played. I’d suggest you come back to Ann Arbor for another season sir, just a thought. 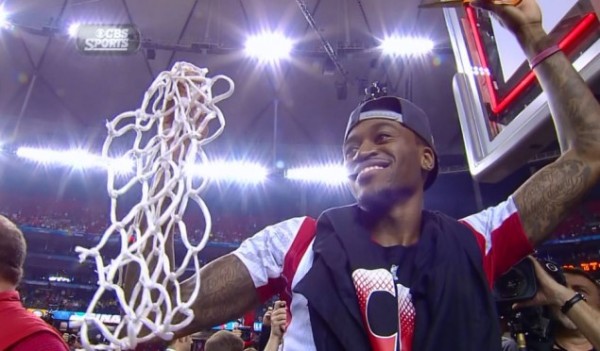 I can become fatigued from a heart-tugging story: It was good to see Kevin Ware celebrate with his teammates as the clock hit triple-zeroes. Those crutches, his mama and the eyes of the world upon him wouldn’t stop him from celebrating with his championship teammates. But honestly, I’m done with the story man. To give the 4th-guard that much attention because of a severe injury just seemed like too much. From Letterman, to adidas t-shirts, countless interviews, and constant cutaways showing Ware looking on….I just felt like we turned him into Louisville’s mascot. Get well brother, and I hope things return to normal for you soon. Real soon.

Trey Burke might be related to Allen Iverson: Okay, after a quick glance at his Wikipedia page, I confirmed that Alfonso Clark “Trey” Burke III is not related to Allen Iverson, but got damn did ole buddy hit the ground like he was channeling Iverson’s soul. I counted at least 7-8 hard tumbles to the ground after Burke drove to the rim and was greeted by a Louisville defender. The man kept picking himself up and went at it again, it was painful to watch, but I gained more respect for the man after the fact.

I still remember 1993: 20 years ago, the famed Fab 5 from Michigan faced off against North Carolina in the 1993 national championship. You all know the game, with the timeout that made Chris Webber infamous. As the game ended I saw Mitch McGary walking off the court with his shoulders down in disappointment. Really though, my eyes were drawn to that navy #4 on his back. I remember being upset that Michigan would let someone wear #4 (THE NERVE) but McGary’s proven himself and I’m okay with it now, but seeing that #4 just brought back all the memories of what happened 20 years ago. If only C-Webb hadn’t…nevermind. 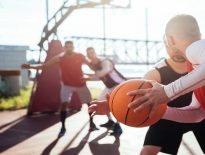 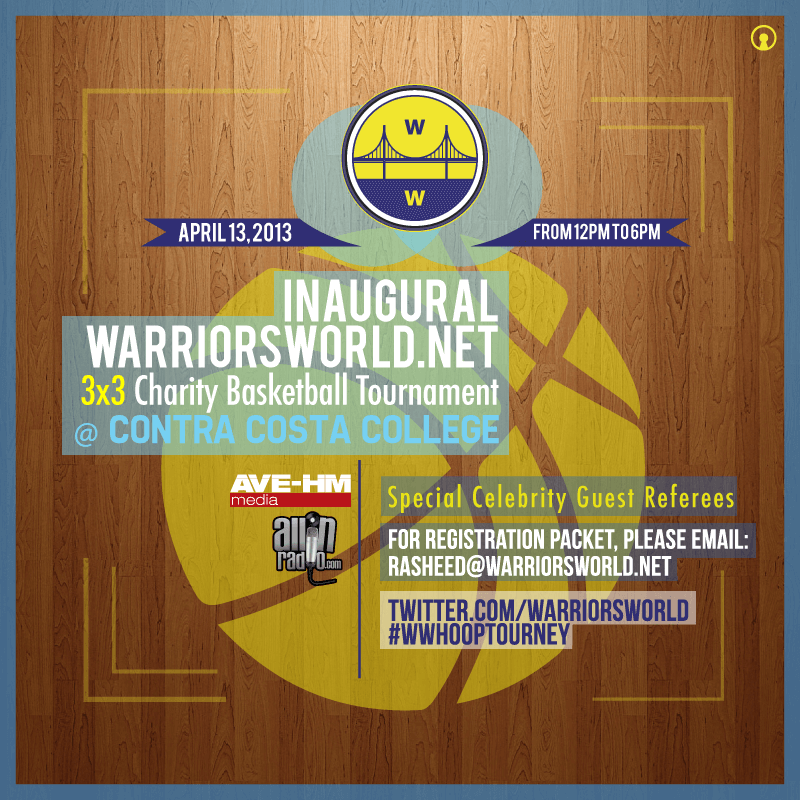