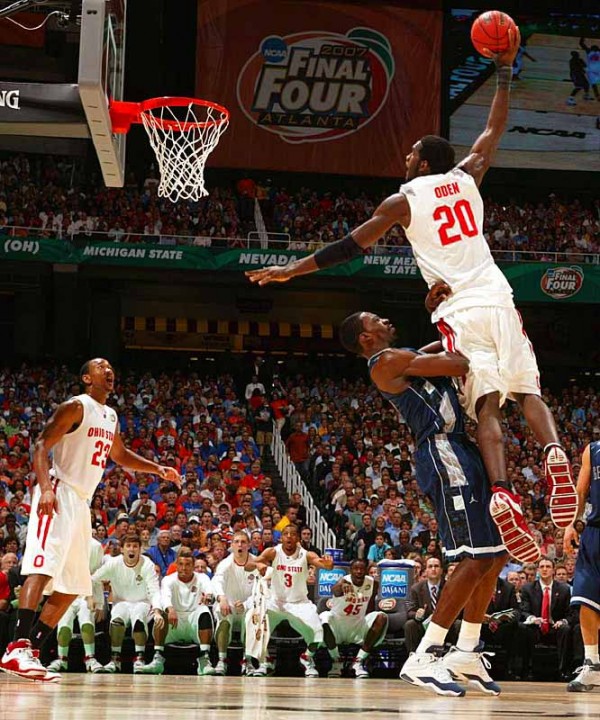 It's hard to remember how good Gregory Wayne Oden, Jr. was five years ago as a member of the Ohio State Buckeyes. Three micro-fracture surgeries and only 82 games played in four full seasons in the NBA, Oden's pro career was a huge swing and a miss. However, his days in Columbus with Mike Conley, Daequan Cook and the Buckeyes hoop squad were memorable. Legit 7-footers in college that can actually play worth a damn in college are a rarity these days, and it harkens back to the old-school aesthetic of big men doing work in the college game. Oden in college was as real as they come, and he held Ohio State high, leading them to the national title game in 2007 until falling to the defending champion Florida Gators. Those were the glory days for Oden, days that even Oden said he wished he could get back. His alma mater makes the return to the Final Four five years later; let's see if they can do what Oden couldn't.

Here are the 11 articles, videos, blogs and other pieces of tomfoolery to serve as your reading material this fine Sunday. I'm headed to the Georgia Dome.

The Basketball Jones - Aaron Brooks vs. Stephon Marbury for the Chinese Hoops title

The Classical - Anthony Davis In Space

Daily Thunder - The Heat, the Thunder and title talk

The Smoking Section - Duke’s Austin Rivers Will Be Going Pro

The Starting Five - Al Jefferson Interview: Support from the Beginning Means the Most