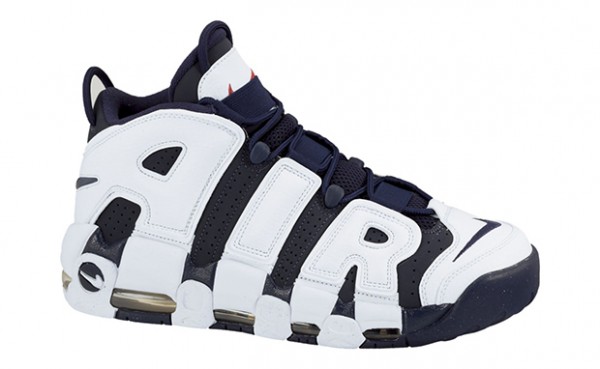 Saw the re-release of the Nike Air Uptempo kicks over at Nice Kicks and had a sad flashback to my childhood. First the pertinent information on the release of one of my favorite shoes.

Nike Basketball pulls out all the stops in honor of this year’s Olympic Games. The Air More Uptempo, which was made famous by Chicago Bulls superstar Scottie Pippen, has been styled in an obsidian mainstay with white lettering, red trim and a 360 Degree Air Max unit. Today, Nike has officially given this highly anticipated pair a July 1st release date. Will you be copping this particular pair?

Will I be copping a pair? Probably not. Reason being? Well, the only thing that matters to me with this shoe is that I was promised these kicks when they came out in 1996 on my birthday. (Take note…July 28th) Then my mother decided that I wasn’t going to get them anymore after a little “incident.”

I was 13, being the mischievous sort of kid that most 13-year-olds are. Rotten and evil.

Well, on a hot July day 16 years ago, I told my mother that I was going to go to a church picnic with a few friends and hang out for awhile. What I ended up actually doing is going to another neighborhood with firecrackers left over from a 4th of July celebration, and lit those firecrackers and threw them into people’s backyards.

That was good in the hood until someone decided to call the cops. Haters. Fortunately, half of the officers in my hometown knew who I was, so instead of throwing me into juvenile hall they just called my mama. Needless to say, I wish they would’ve put my in juvi instead. So yeah, my mama never got me these shoes. She even showed them to me in the car before she returned them and got her $100 back. It was a sad day in the life of 13-year-old ETSF, a day I’ll never forget.

Enjoy your pertinent reading material for Thursday, and if I see someone wearing these shoes, I might just weep silently for a moment.

Day and a Dream: Did Drake & Chris Brown Fight In The Club Over Rihanna?

Warriors World: Draft Terrence Jones and find out how good your team is

Players Perspective: Meet Vikings Jerome Simpson AKA The Luckiest Man in the World

3 Replies to “Starting Lineups: The Nike Air Uptempo’s My Mom Took Away From Me On My Birthday”

Starting Lineups: The Nike Air Uptempo’s My Mom Took Away From Me On My Birthday 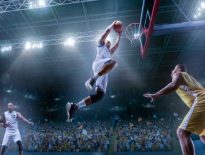