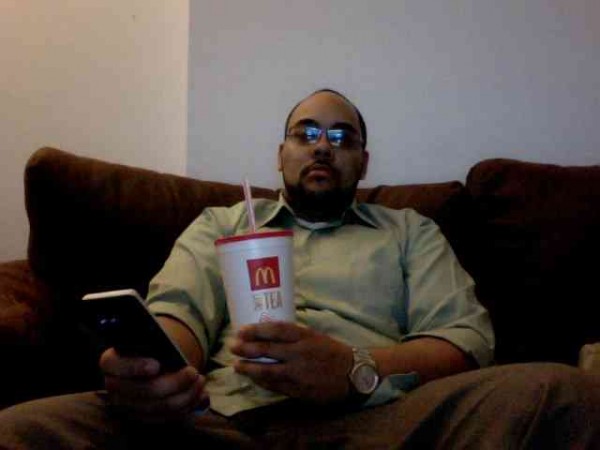 I've been known to tweet my life away when my squad is on the Hoshitoshi 5000.

Not being in Oklahoma makes it tough to stay connected with my fellow Oklahoma City Thunder fans, and along with the rest of the basketball fan universe, being on Twitter is akin to going to the bar, Buffalo Wild Wings or any watch party at a partner's house when watching the game.

However, there's something to be said in watching the game at the house by yourself. Yes, you could "watch" the game with people while being engaged on Twitter. That's what I do the majority of the time. Yet, there are times where you need to have the ability to bunker down and watch the game by your lonesome. No one else can convolute your own thoughts, and you are free from distraction.

So what did I do? I went on a one-game Twitter Sabbatical. I sat in my hotel room in the Bay Area, fresh from a job interview (cross your fingers). Ordered some room service, shut the windows, turned my phone off, turned off the lights, and watched the game.

The ups and downs of game one don't need my commentary from you; you've received plenty already in the last 12+ hours of my writing this. Just know that I was celebrating, yelling, kicking and screaming, and doing all the things that my mother would cuss me out for doing in such an egregious fashion. 3 more wins. #TTFU.

Smoking Section: 10 Points Of Emphasis For The 2012 NBA Finals

Edge of Sports: Mind the Gap: London's Olympic Games are Falling Down

Beyond The Arc: Are Kentucky players really overrated and underprepared?

4 Replies to “Starting Lineups: My Twitter Sabbatical For Game 1 Of The NBA Finals”