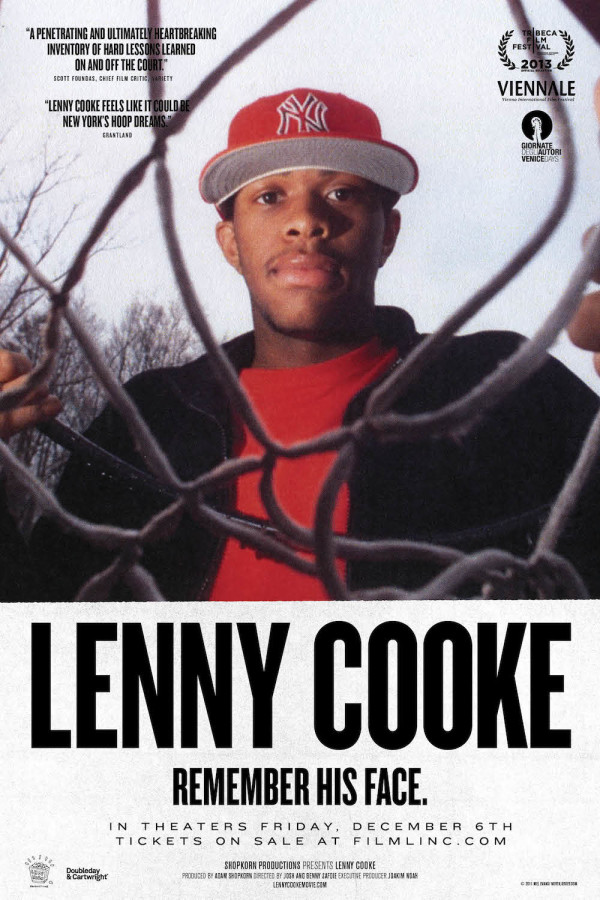 If you follow me on any of my social media channels then you may have seen me acting like a Don King impostor. The reason I’ve turned quasi-promoter for the last month is because on Thursday night in the Bay Area, TSFJ and friends will be screening our second sports documentary film “Lenny Cooke“. This film, directed by The Safdie Brothers and produced by Adam Shopkorn and Joakim Noah, debuted in Tribeca last year and just recently began syndicating on Showtime. It’s been well-received, and we’re honored to be bringing this film to the people.

While there are plenty of story lines that are worth noting in this film, one prominent one involves Lenny versus the current king of the NBA, LeBron James. TSFJ’s Justin Tinsley penned an awesome review of the film (spoilers included) that set the stage on who Lenny Cooke was 13 years ago and how things can change in the blink of an eye:

Footage of the aforementioned game against LeBron is shown and presents itself as the climactic moment of the film. It was the final stage both high school titans would be seen as equals on hardwood. Cooke’s pedigree labeled him the camp’s marquee attraction, evident in the who’s who of names in attendance (including a young Joakim Noah, who also serves as executive producer of the film). His early baskets did much to energize the crowd, but as the game matriculated along “Nappy Afro” – the nickname for LeBron Lenny and friends referred to him as (they also openly gushed and praised his game) – began to take over with a wide array of buckets from inside and outside, in transition and in the half court set.

From the moment LeBron nailed a three pointer at the buzzer giving his team the win – and Bron the personal 24-9 scoring edge – it was as if Cooke’s life began to spiral out of control almost immediately.

What Lenny Cooke went through after this is what makes this documentary worth watching, why tears are shed and why there are others who can benefit from watching this film. It’s the reason why Carmelo Anthony and Amar’e Stoudemire still speak so highly of the man. It’s the reason why so many youngsters with hoop dreams of their own have left after watching this film changed.

If you’re interested in attending our screening at The New Parkway Theater in Oakland tonight, you can RSVP via Eventbrite here. Thanks for your continued support of The Sports Fan Journal. Here’s your pertinent reading material you’ll need for Thursday. Enjoy.

Ricky Rubio, Who Lives At Home — The Classical

The Marvin Gaye/Yasiin Bey Mashup ‘The Departure: Side One’ — Day & A Dream