Epic Meal Time is an internet phenomenon that averages 1 million page views a week per video that’s posted every Tuesday. Yes, it is an online cooking show, but it is of the egregious variety in every way, shape and form. Tons of bacon. Tons of alcohol. Tons of unhealthy things for you to consume. What more could you possibly ask for? Nothing.

Enjoy the video, as Eli Manning has officially made it by getting a sandwich named after him by these outlandish Canadians. Excuse me as I consider how much I would enjoy devouring such a delicacy. Here is your pertinent reading material for Friday and enjoy the weekend.

Grantland: Who Does Bruce Kittle Think He Is?

Hardwood Paroxysm: Waiters on the Shoulders of Giants

Maurice Garland: Crunchy Black Gives Interview After Getting Shot In The Face

Player’s Perspective: Why are so many sports PR folks unprofessional?

Day and a Dream: The Storm Is Over: DirecTV & Viacom Reach Agreement, Restore Channels 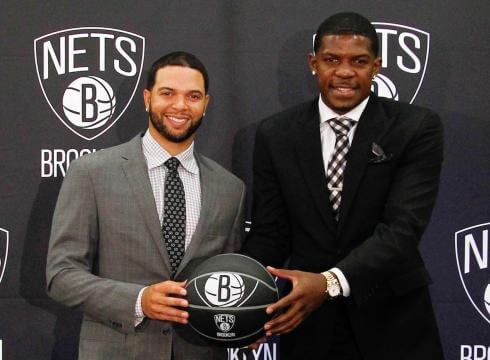 Basketball Question Of The Day: Who Has The Best Backcourt In…
Ed The Sports Fan Starting Lineups: Tommie Smith Wins 200m Gold In T…
1