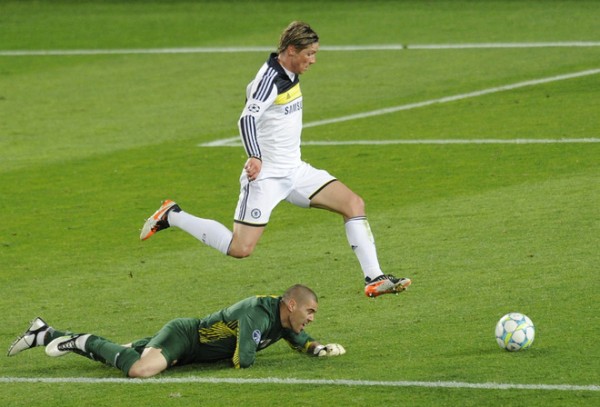 It sucks to be at work when the internets are going nuts over a sporting event. The worst.

This was quite clear to me when Chelsea pulled off the miraculous upset versus Barcelona on Tuesday afternoon in the  UEFA Champions League semifinal. The game-clinching goal by Fernando Torres set off a fire-storm of tweets celebrating the moment and it instantly made me want to quit my day job. Yes, the Blues had another bone-headed play by their captain John Terry, and he will find himself out of a promising final. However, the people that need to be there will be. From Ashley Cole to Didier Drogba and, most notably and miraculously, Torres.

Will La Liga be sent to the wayside with a Bayern Munich win on Wednesday? Real Madrid has proven that it is La Liga's best side, and this is when Cristiano Ronaldo is supposed to make his money. Of course, this is why they pay Robben and Ribery that big money, too. Who will win, and why? Leave it in the comments. Time for the Starting Lineups.

The Well Versed: Charlotte Bobcats Look To Up Ante On NBA Futility

The Atlantic: Hey, Does Anyone Need a Pass-Rusher?