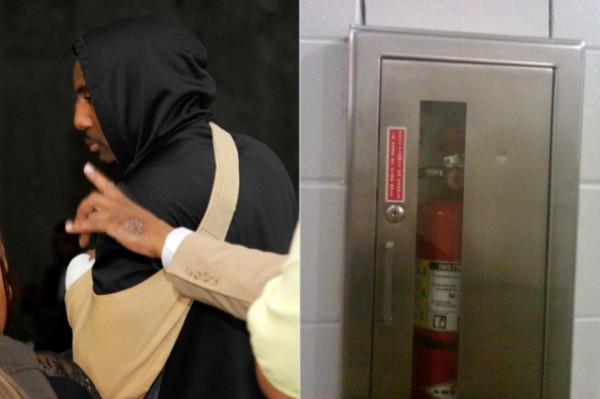 Two tweets, and a quote represent what happened between Amar'e Stoudemire and that damn fire extinguisher.

I am so mad at myself right now, I want to apologize to the fans and my team, not proud of my actions, headed home for a new start

Then, from the internet prophet that is Dragonfly Jonez:

Finally, Charles Barkley from Inside The NBA:

"Why didn't he (Amare) hit the thing (fire extinguisher) the other day, when they lost by 35? They only lost by ten today." — Charles Barkley

Amare, you've clearly lost your damned mind. Do better, and go be a father to your kids, man. Here is your morning reading for Tuesday.

Absolut-ism: Life and Times of the Letter People: A Collection of Fables

NBC Chicago: Bulls Must Prep for Life Without Rose

Beyond The Arc: RIP WAC

Player Perspective: There’s no such thing as an *season or championship

NBA Playbook: The Life of the Shooting Specialist