There are certain venues that don’t really need any explanation as to what they represent and how they make people feel. To be fortunate enough to be a part of the “Shock The World” movement, being able to go to such prestigious venues such as Madison Square Garden, Cowboys Stadium and Rucker Park are just a few places that give you the proverbial “goosebumps.”

So when the stars aligned and the basketball gods made it possible that I’d be able to frequent one of the most fabled arenas in all of college basketball, I knew that something special was possibly going to be at stake. Adolph Rupp Arena was going to be host to two of the most legendary programs, as they did battle on the hardwood: North Carolina vs. Kentucky, on national television, in front of one of the largest crowds in the arena’s history, and we were officially SHOCKING THE WORLD!

Let me make a couple of key points right now:

As far as the actual game is concerned, it’s obvious that the battle between UNC and UK might have already been the best game of the year. Two teams that were evenly matched, with tradition and history on the line, and a national stage to do work on. Unlike other big college basketball games attended in the past, I’d never been to one with two major blue bloods. The feeling is just different than say, a Butler or a VCU, and it’s not a diss. You just watch the game differently. 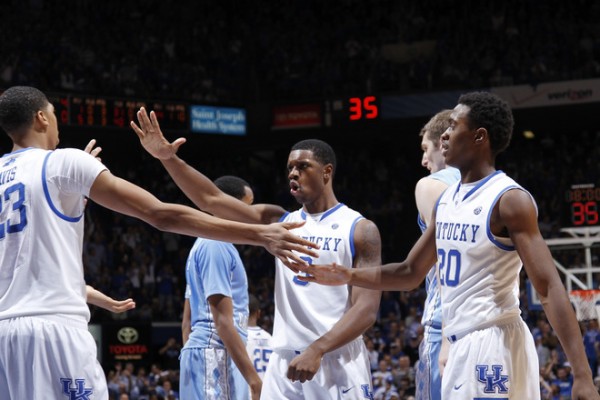 With Butler or VCU facing big-time programs (like in the Final Four), you just wonder if they’ll be able to respond, because you don’t think they’re actually supposed to be able to do it. When you watched North Carolina versus Kentucky, you didn’t wonder if the other team would respond after a big play, but HOW they’d respond.

Couple of points I made immediately following the game over at SLAMonline:

Yes, the final score would tell us that Kentucky defeated North Carolina 73-72 in the crazy environment that is Adolph Rupp Arena, as the drama plateaued with a crazy fight that saw Anthony Davis somehow block John Henson’s jumpshot in the final seconds to secure the victory (and create the “Fear The Unibrow” movement.) Somehow, the score really doesn’t matter toward the true takeaways and implications of this game.

Superstars usually find ways to take over parts of the game. First, it was Harrison Barnes and Terrence Jones trading haymakers from beyond the arc. Then, it was the penetrate-and-finish by Michael Kidd-Gilchrist versus the penetrate-and-dish of Kendall Marshall. PJ Hairston and Anthony Davis both played at a level that totally made us forget they were freshman. It was a heavyweight slugfest and it left us all wanting for more.

Just pray to the basketball gods that we get a national championship like this one.

The realization is this: we’re not guaranteed to always get quality competition across all sports. Hell, I was typing this article as my Jaguars got massacred in front of a nationally-televised audience on Monday Night Football. That game was terrible but, based on the matchup, I already knew what it was. North Carolina vs. Kentucky doesn’t come around everyday, but other big time matchups do happen around where you reside. Brother Glenn just went up to Columbus for Ohio State vs. Duke (and witnessed Duke get destroyed.) Sometimes, when the opportunity arises, you’ve got to just make it happen.

That’s what shocking the world is all about: you never know what might happen.

2 Replies to “Shocking the World at Rupp Arena: North Carolina vs. Kentucky”

Shocking the World at Rupp Arena: North Carolina vs. Kentucky 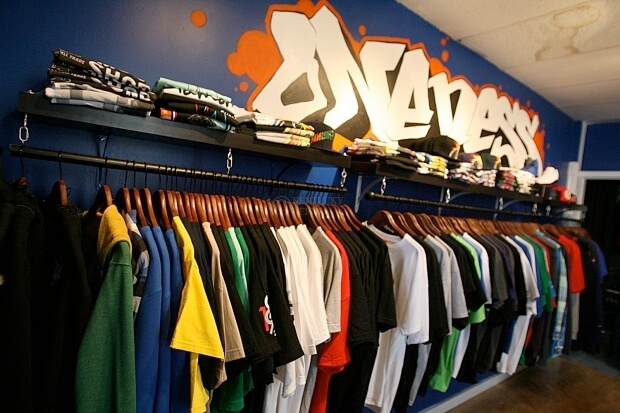 Ed The Sports Fan Score: ‘All Cats Every Thing’ At Onene…
Basketball Is There Any Venom Left In The Bite of The Black M…
2